Showtime. House lights flicker. A symphony of expectant gasps rise above the din at Brooklyn’s Kings Theatre. A sharp millisecond of total silence cuts the air. 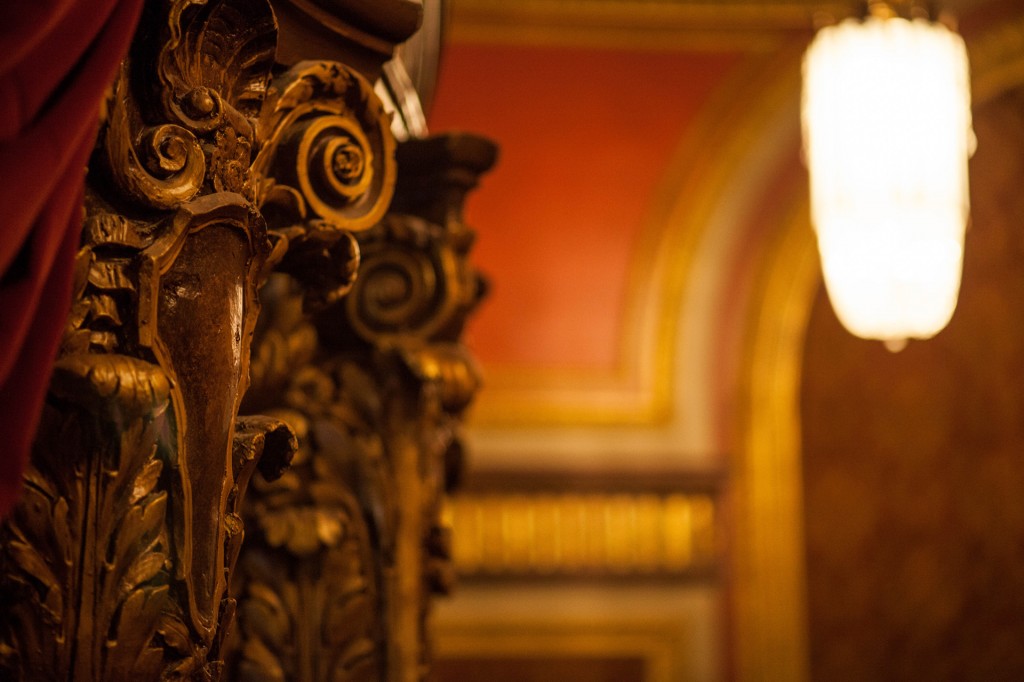 This old, nostalgic architecture, with its stately visual richness, it’s honest wood tones and solid masonry walls — this is the appropriate place to experience Carrie and Lowell (2015). This is easily the most stunning and complete work by Sufjan Stevens, constructed with a craftsmanship reminiscent of Illinoise (2005).  Ten years on, Carrie and Lowell feels like a look back, as though the album is Stevens’ vehicle for exploration of childhood, family, loss and regret. Perhaps the cliche holds, and in hindsight things really are most clear. Perhaps this explains why Stevens is at his most honest in this last effort. His most introspective. His most accepting of his mortality. Historically, Sufjan’s albums travelled through fantasy, taxing imagination to find a space of truth and realness. But Carrie and Lowell is an album seizing simple, explicit truth, honesty and harsh realities to direct the listener. There is no innuendo– the songs lay the story bare in an emotional accounting of accounts. 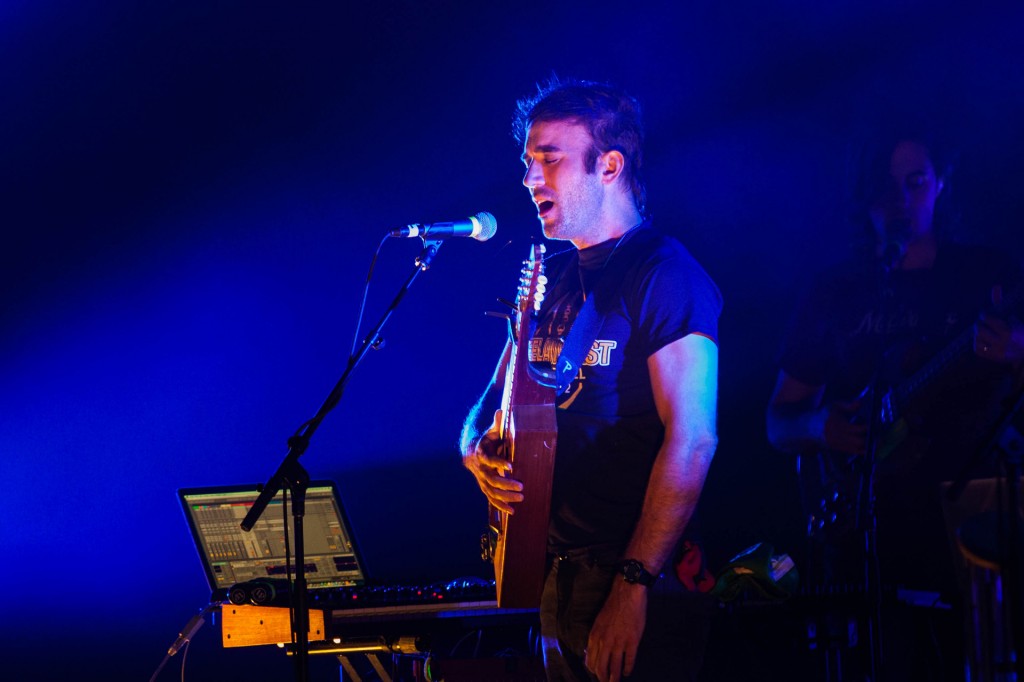 It’s 9 PM. Sufjan is mostly still, at his piano. The house lights have come down, and the chatter is gone. Three lights set the night into motion, and Stevens begins playing. 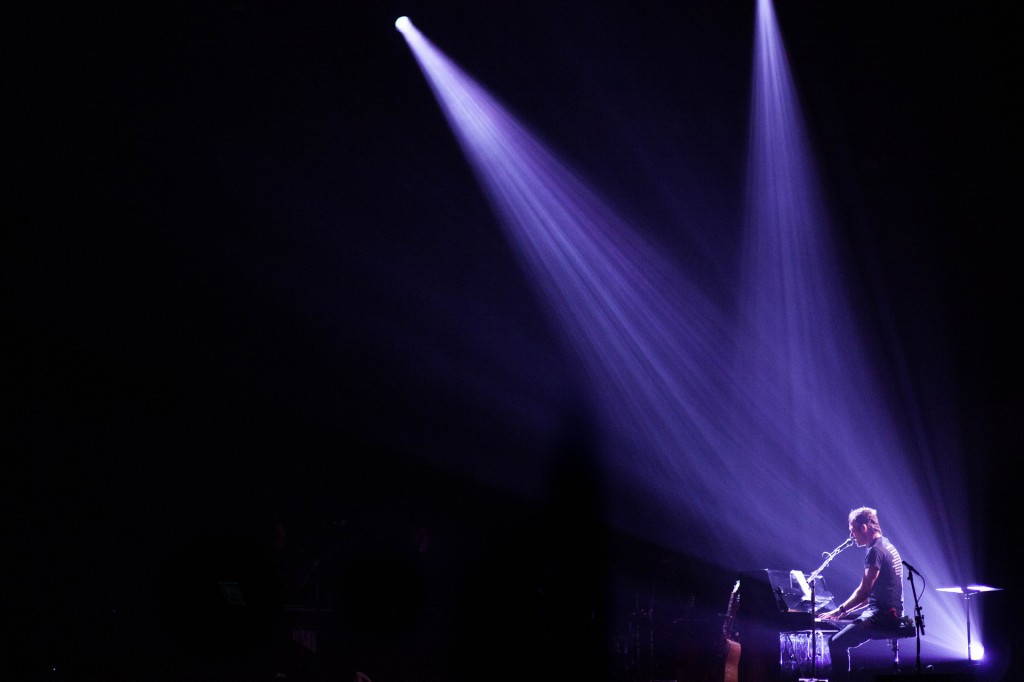 These first few moments are intoxicating. 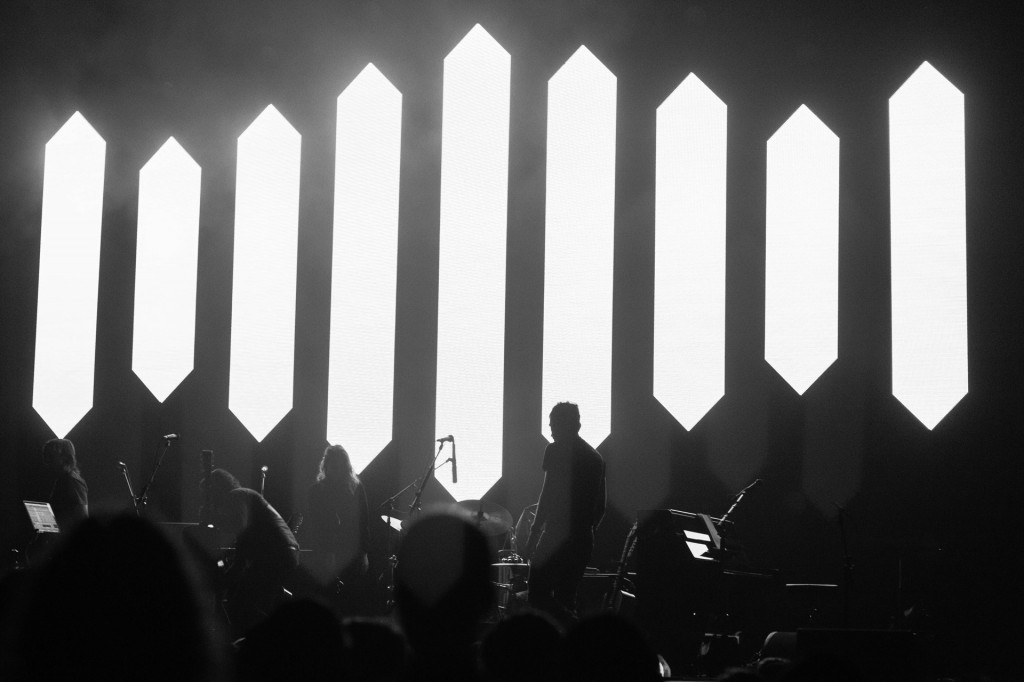 We’re all together, but the room can be roughly divided — there is Sufjan and his bandmates, in their cocoon of creation, and us, with our slack jaws and piqued ears, our clumsy feet causing us to list towards the stage as if pulled from a tractor beam. 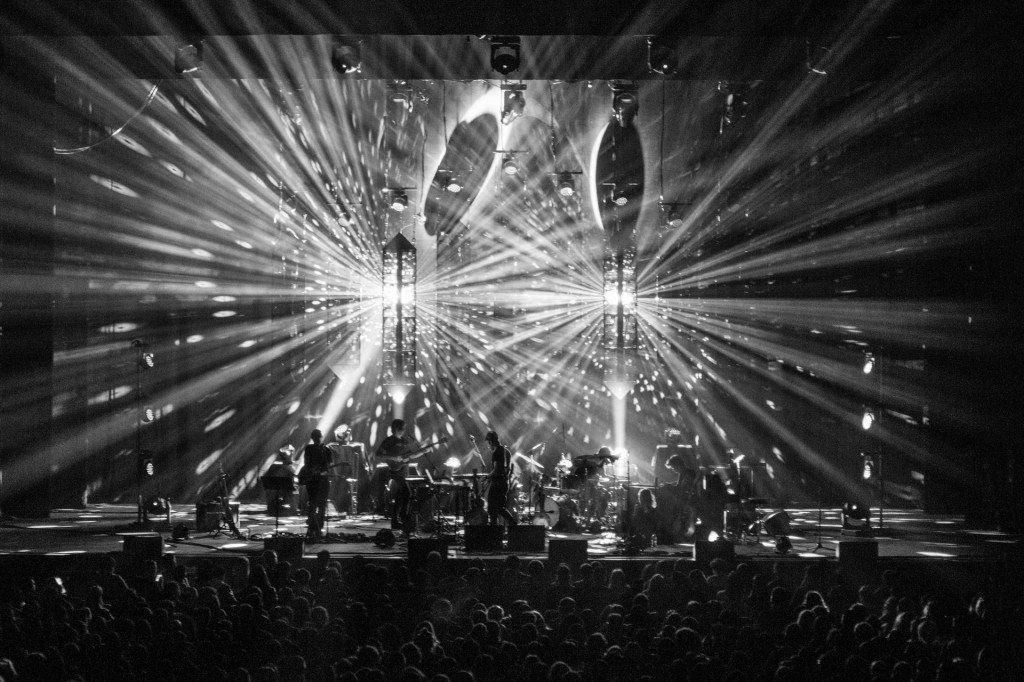 Songs like”John My Beloved” and “Fourth of July”, were compositionally re-worked, including Sufjan chanting “We’re all gonna die” to the crowd. Early works were brought out and met with excited applause and familiarity. The dialogue continues, now conversationally,  with Sufjan pointing out that “This Dress Looks Nice On You” was his attempt at copying Nick Drake, and that he lived just a “stone’s throw away from here”, and the tight eyed stares from the audience are paired with easy grins and nods. 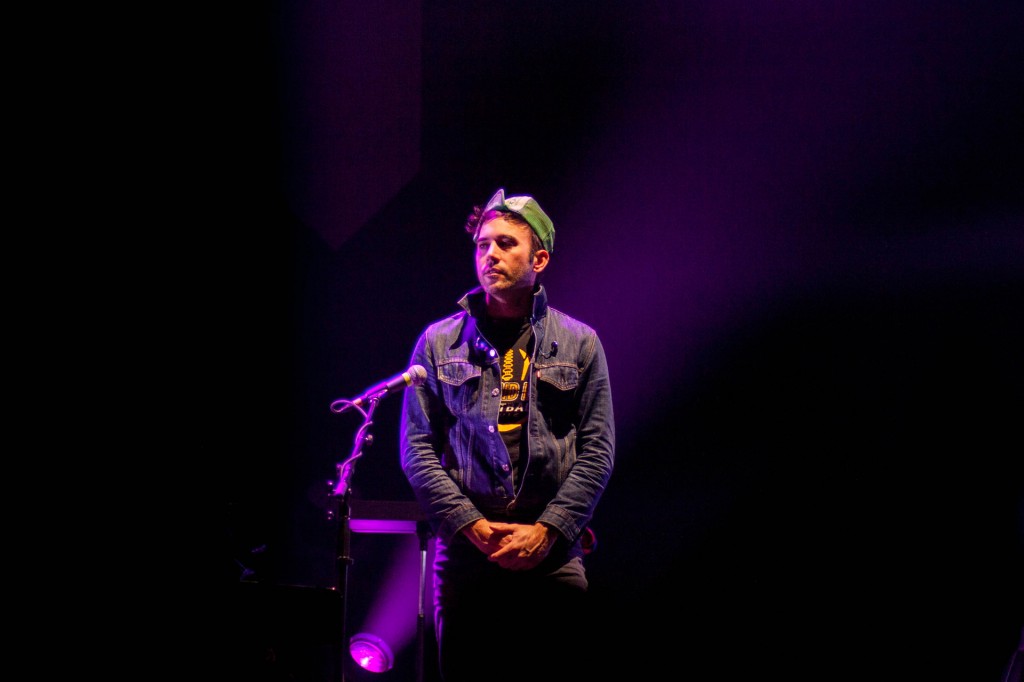 “Sufjan the Recording Artist” is experientially distinct from “Sufjan the Performer”. In the omni-sensory space of my headphones, the recording artist reads melancholy, worn thin, exasperated. Here, on stage, his performer’s demeanor suggests something very different; perhaps a celebration of the richness of life’s experiences that must include a spectrum of emotions. And he ain’t mad about it. In fact, maybe he’s grateful for the pain. Maybe he knows it was worth it. Maybe he’d like to remind us of the same.