An Intimate Set in the Stadium – The Rolling Stones

Five songs into their August 1st 2019 set at MetLife Stadium, The Rolling Stones deliver the sing-a-long anthem ‘You Can’t Always Get What You Want’ (1968) then slowly, and deliberately the four Stones make their way down the ramp in the center of the stadium to the ‘B stage.’

B stages are not uncommon in stadium concerts. The main stage LEDS and lights serve to create the spectacle of a stadium show but they do little to give fans what they really want– the ability to get close to the artist and have a ‘small club’ experience. B stages accomplish this, primarily for the select few that are able to afford a seat near them. Strategies vary by band. Live shows exist as ‘cash grabs’ because its the only way bands make money today– but there’s also what the market will bear, and bands don’t really want their die hard fans that far from them. Most band fanclubs (and some luxury credit cards) offer discounted tickets to their group members before the general ticket release for the show. If you get close to a band at their b stage chances are you’re there with a fair number of fanclub members, who possibly paid a bit less than the going ticketmaster price for their experience.

In recent shows for Ariana Grande, U2, Katy Perry, Taylor Swift, KISS, I have seen B stages in some capacity. The older a performer gets the less likely they are to have them. Ringo Starr and Paul McCartney have dispensed with these. One of the few seasoned stadium performers that’s an exception: Springsteen– who gets around his need for a B stage by taking a jog through a center barricade and crowdsurfing his way back to the stage (and into the hearts of fans). The Stones are an exception too.

On Thursday night the B stage at MetLife lit up with Sweet Virginia (1972) and Dead Flowers (1971). It’s amazing that a band who wrote the majority of its most iconic songs about 50 years ago is still performing them, and after Mick Jagger’s recent health scare and heart valve surgery, this B stage felt more special than most.

The Rolling Stones return to MetLife Stadium once again this evening, August 5 , 2019. 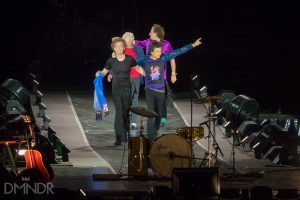 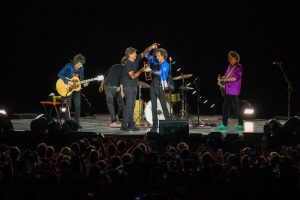 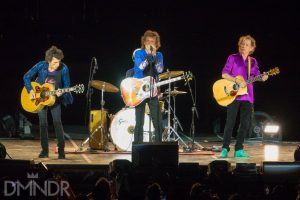 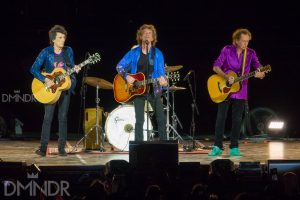 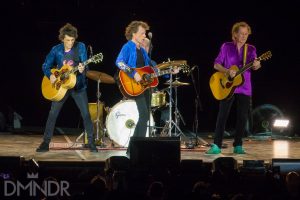 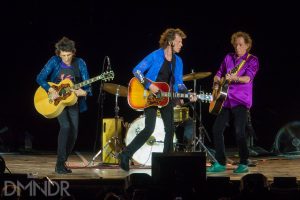 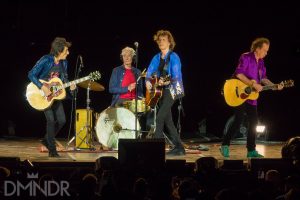 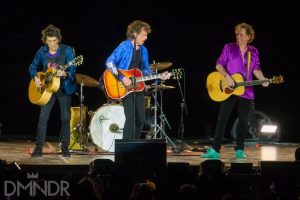 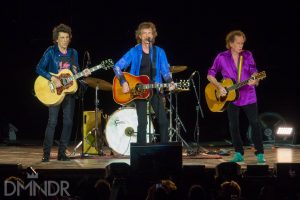 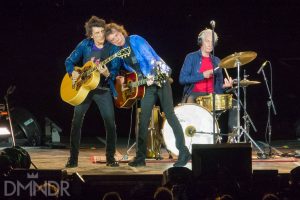 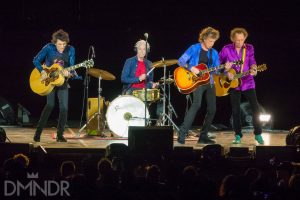 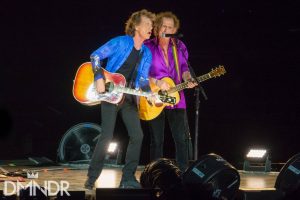