In 2004, I was 14 years old. I was right in the middle of my punk days, wearing tight jeans and Converse, sporting shaggy hair and patches on my denim vest. It was then that I first listened to “Warped Tour 2004 Tour Compilation,” and came across a rap style I had never heard before. Low and behold, it was Atmosphere. Within seconds I was a fan, and I went out and bought God Loves Ugly the very next day. I listened to them on repeat and discussed the music with my friends, who recommended I give Brother Ali a try. I immediately noted how they were so related in the music industry, and years later, I’m still listening to both artists consistently.

Before I continue to the review of the show, I’d like to point out that this this couldn’t have happened on a better day. Both Slug (of Atmosphere) and Brother Ali are very political poets in their music, and with the inauguration of Trump just hours before, it was chilling to see them spit their political views.

Dem Atlas took the stage before the co headlining Brother Ali and Atmosphere. Also hailing from Minneapolis, he fucking killed it on stage. His stage presence was just on point. I’d never heard of him, but let’s just say I’ll be purchasing an album of his today. Luckily after his performance I got to meet him as he was hanging with Ant from Atmosphere. That’s a cool ass dude, and I look forward to seeing him again.

I was at Emo’s on Friday, January 20th, in Austin, Texas. It was about this time the year before that I was at my first show with DMNDR, shooting Atmosphere and Brother Ali. I was eager to hear songs from Fishing Blues, which was just released in June 2016. Slug’s lyrics sympathized for the Black Lives Matter movements, and this combined with the poetic lyrics of past drug and alcohol abuse were enough to give anyone goosebumps. Upon coming on stage, he asked the crowd to smile and hug due to the events following earlier, the inauguration of Trump. Atmosphere consistently displays the uncanny ability to make the darkest of topics sound upbeat with a tune that is capable of drastically turning the mood around. This ability is best displayed through any song from their two most recent albums, or “Sunshine” from 2007. As Slug and Ant took the stage, the crowd lost their fucking minds, just like they did the year before. He opened with the song “Perfect”, which is political as fuck, and of course incorporated classics from all of his past 14 albums like “The Best Day” and more. It was inspiring to see a crowd whose ages ranged from 18 to mid-30s, all brought together through a mutual love for the vibes, beats, and lyrics.

I was most anticipating Brother Ali’s thoughts following the day’s inauguration events. Even without the knowledge that Brother Ali is an albino Muslim, listeners are clued into past struggles that he makes intensely apparent through his lyrics. Yet again, he is able to make the darkest of times appear to have a silver lining. He previously shed light on his political views through his 2012 album, Mourning in America and Dreaming in Color. He was successful in predicting the struggles of Americans over the past four years, and the true brilliance in his aggressive poetic rapping is that he is able to make listeners want to simultaneously become more “American,” and revolt. When he announced he has an album already done, and in the final stages of being mixed, people lost their shit.

Of course, like they always do, Brother Ali joined Slug on stage for their well known unannounced duo. Even I lost my shit, and I knew it was coming. When they’re both on stage, they tear shit up and always kill it.

In all, the show was everything I hoped it would be. As a photographer, it was seemingly perfect to have a reunion of sorts, shooting for DMNDR once again. It was also fitting to see political rappers on the day of Trump’s inauguration. And with the anticipation of Brother Ali’s upcoming album, be sure as shit Ill cop it. I know Atmosphere will keep killing it, with 14 fantastic albums already under his belt. As an avid music listener, I will continue to be a fan, constantly on the lookout for more of their music. I don’t usually push my music views (the way most prefer not to push political views), but if you know what’s good for you, go listen to both Atmosphere and Brother Ali, right fucking now. 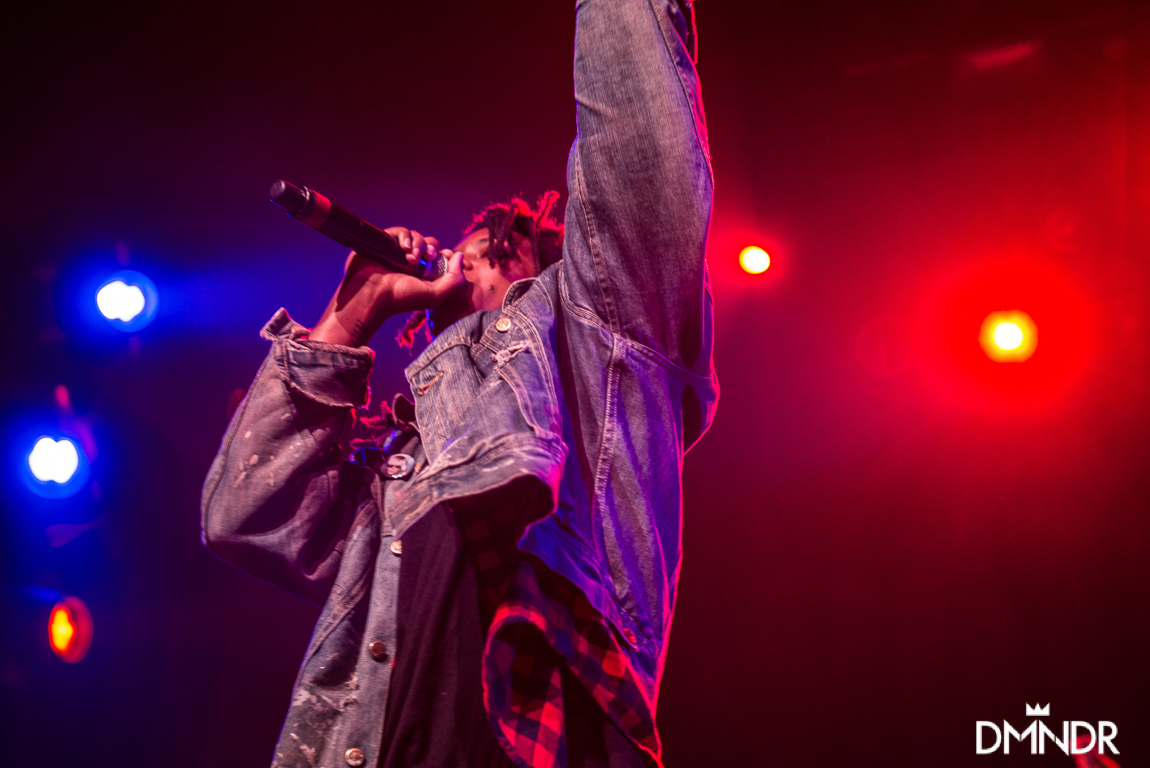 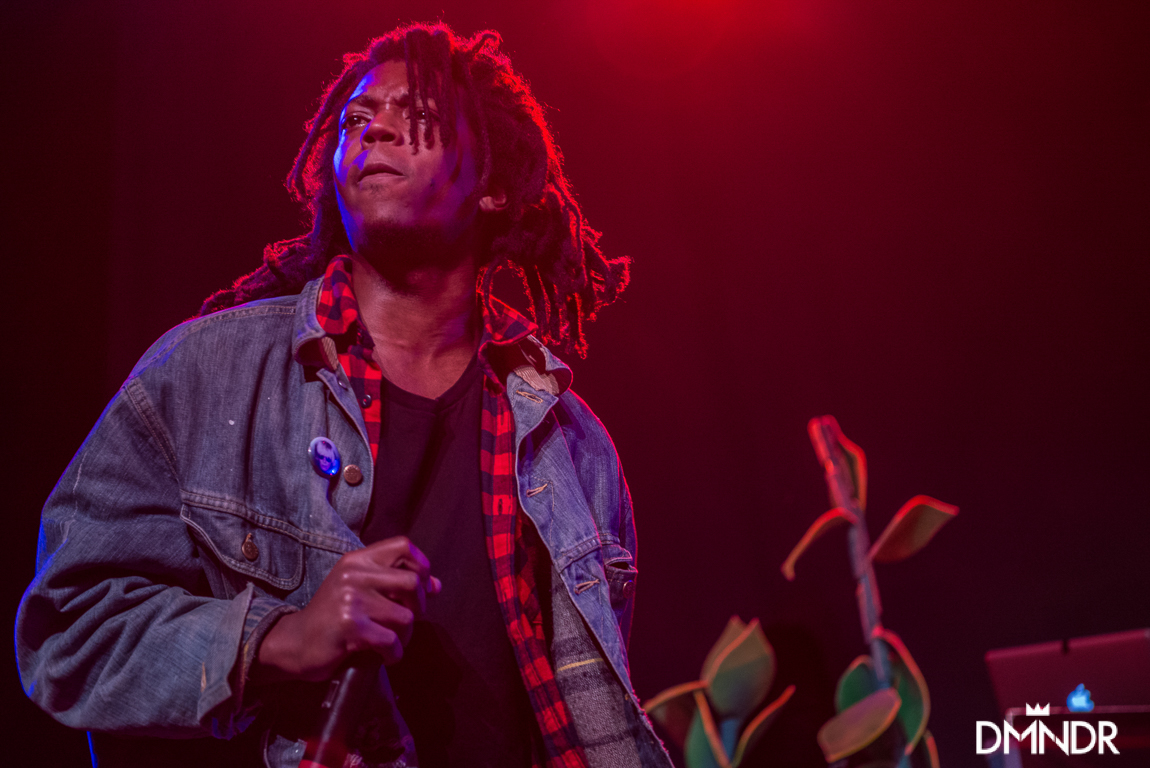 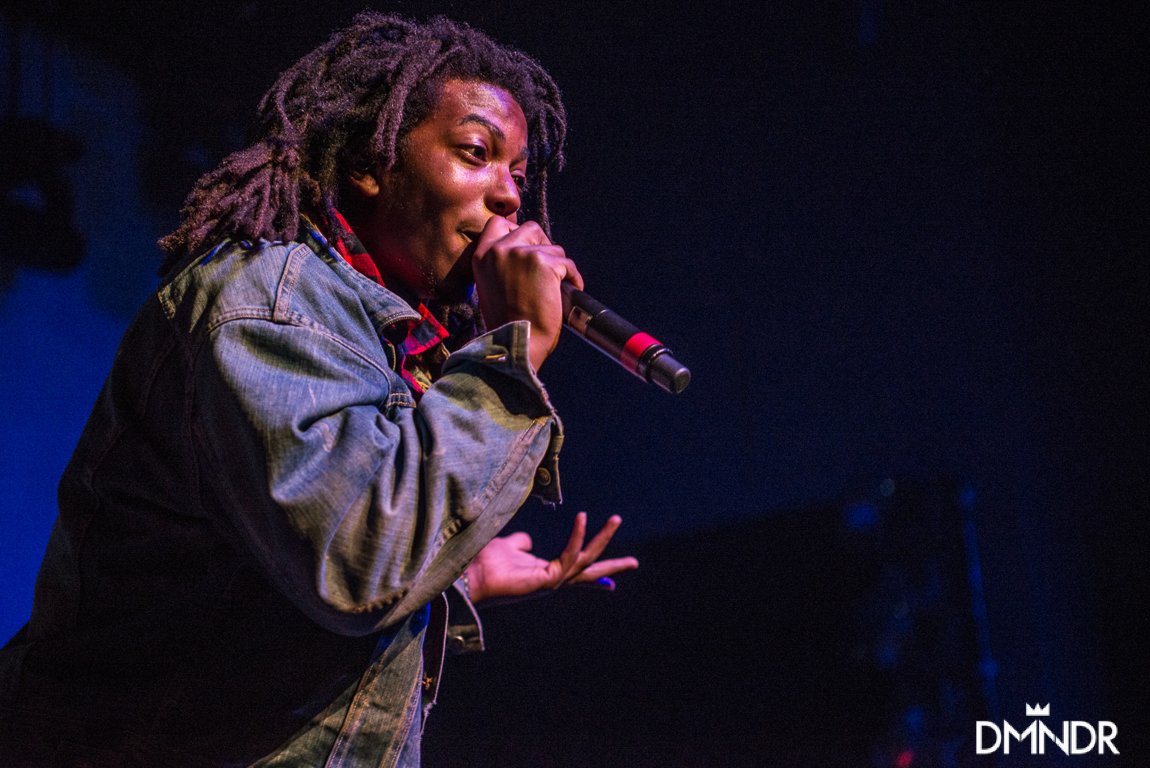 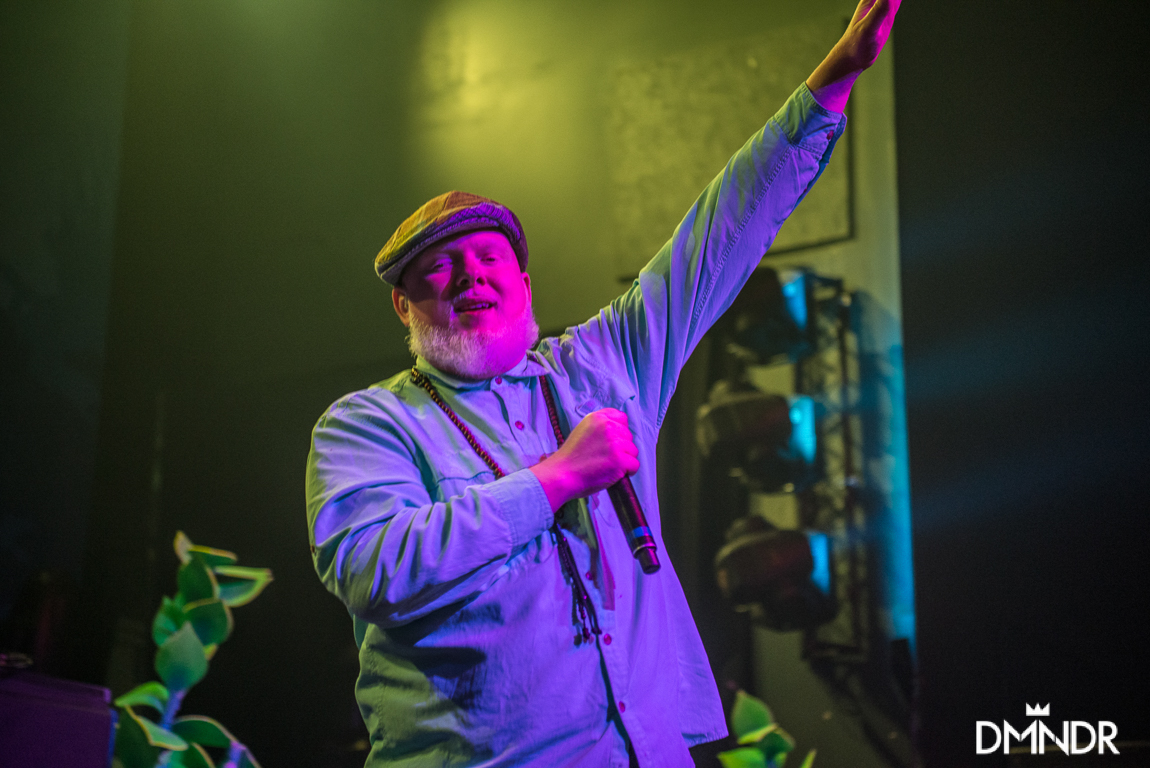 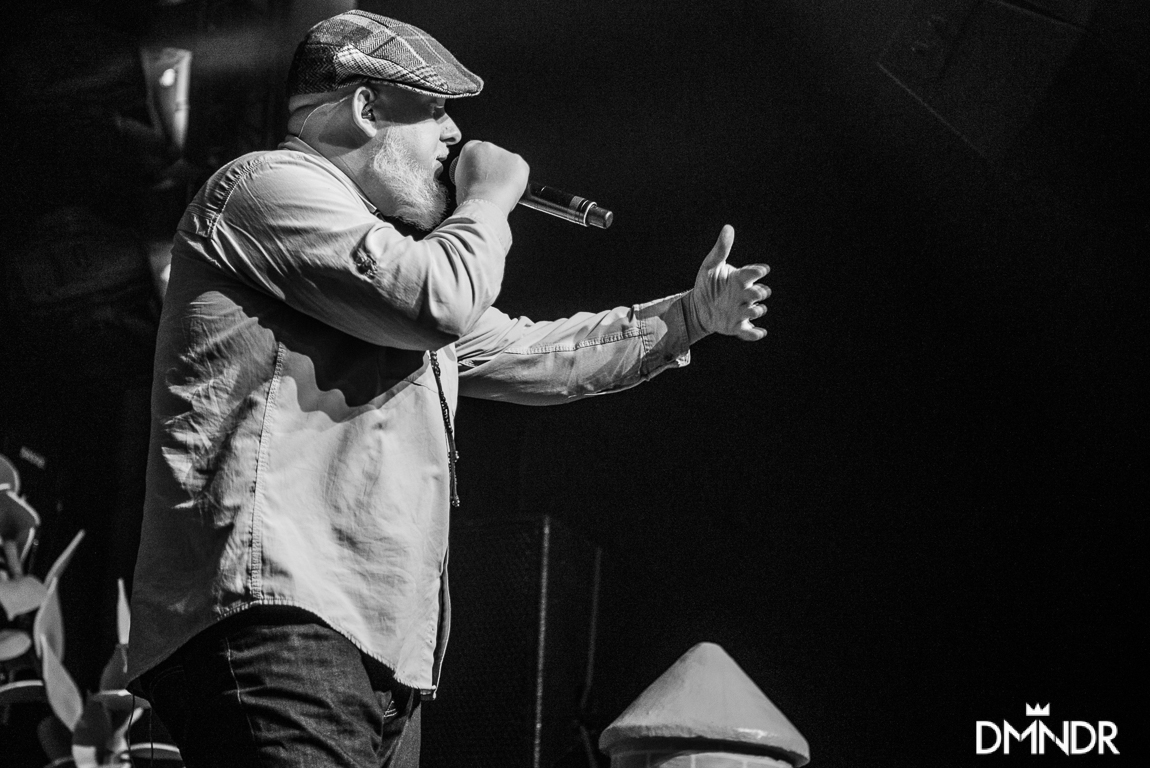 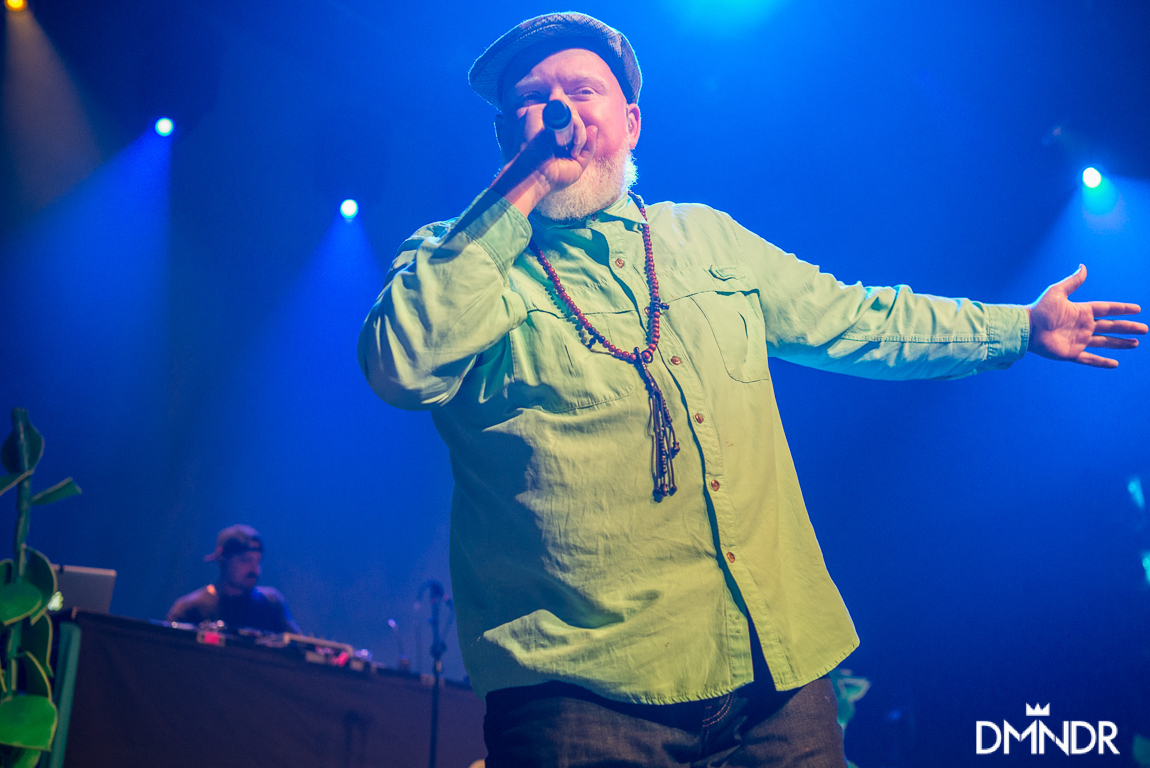 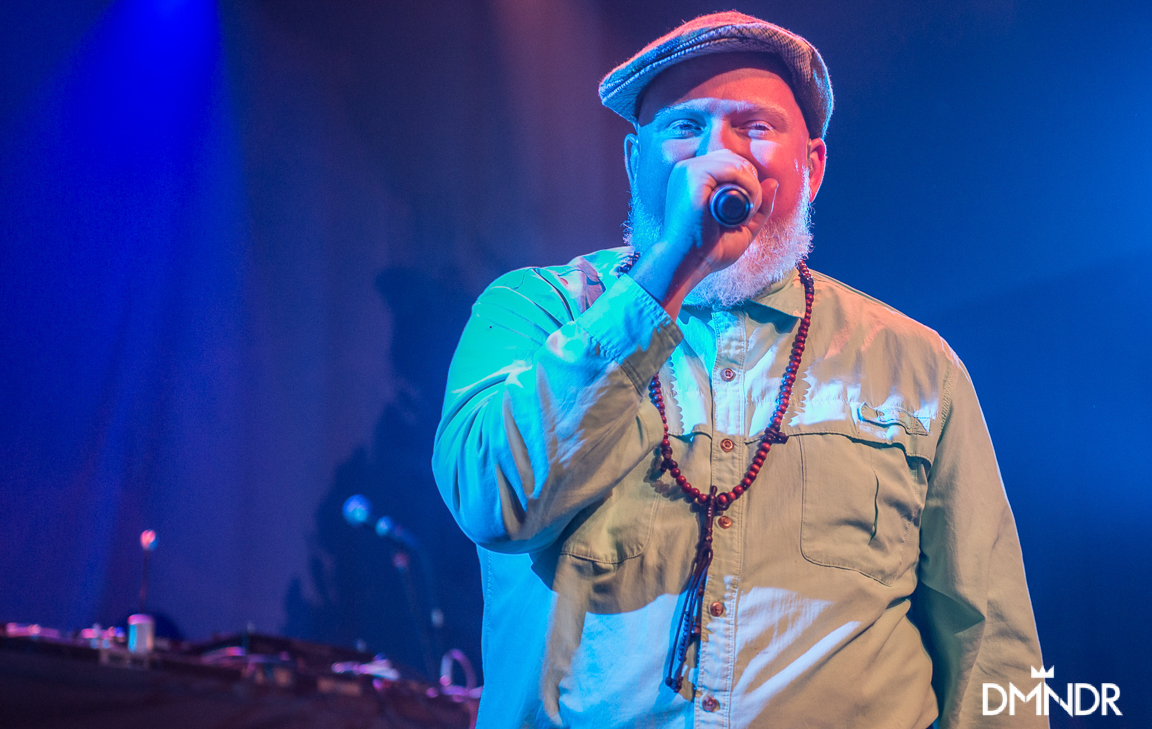 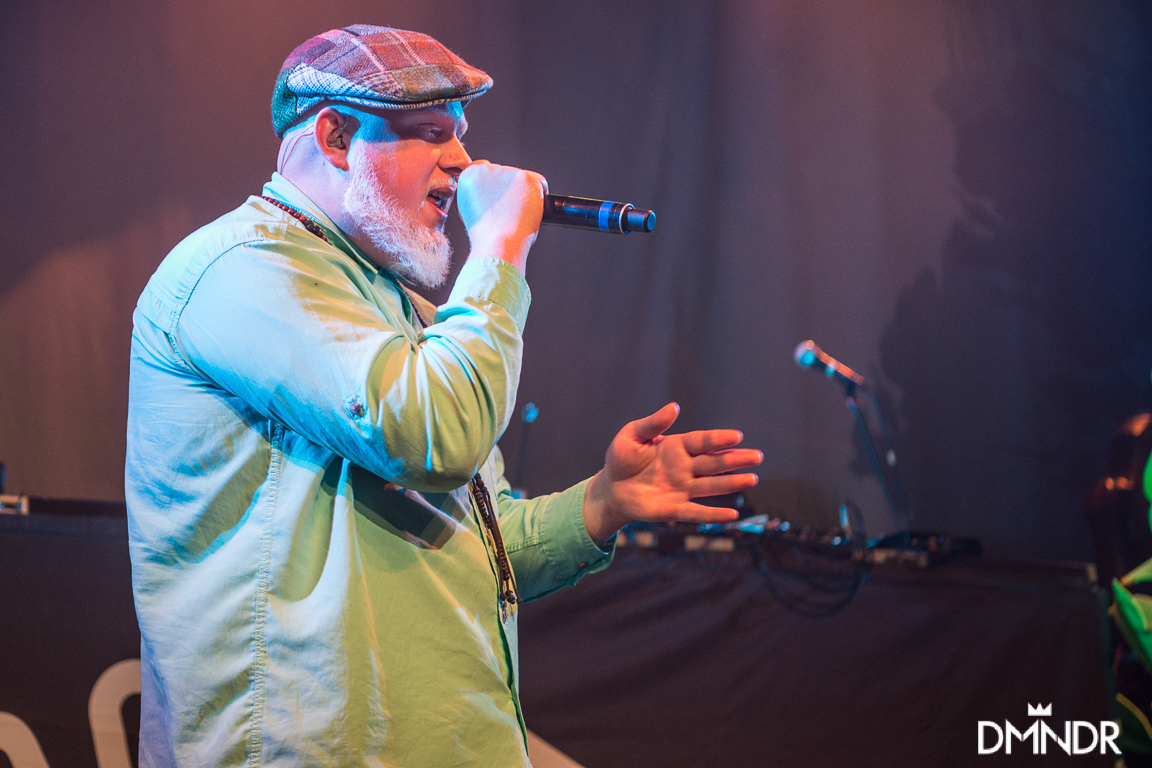 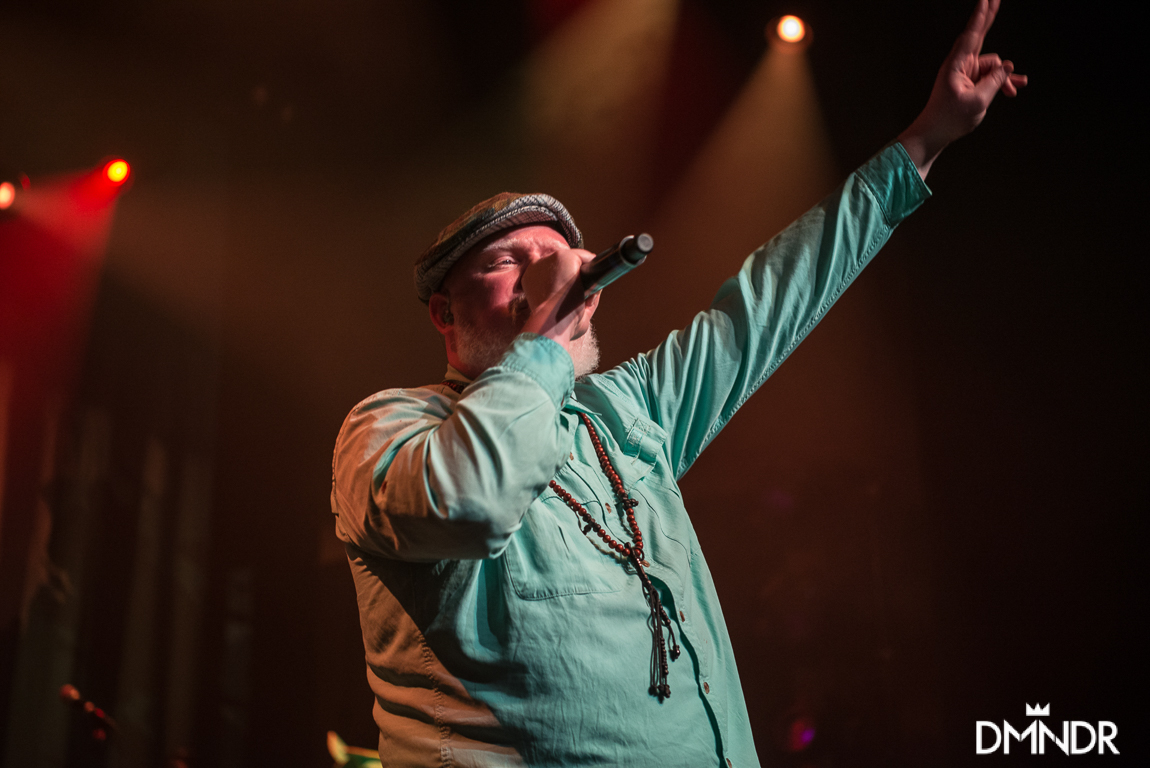 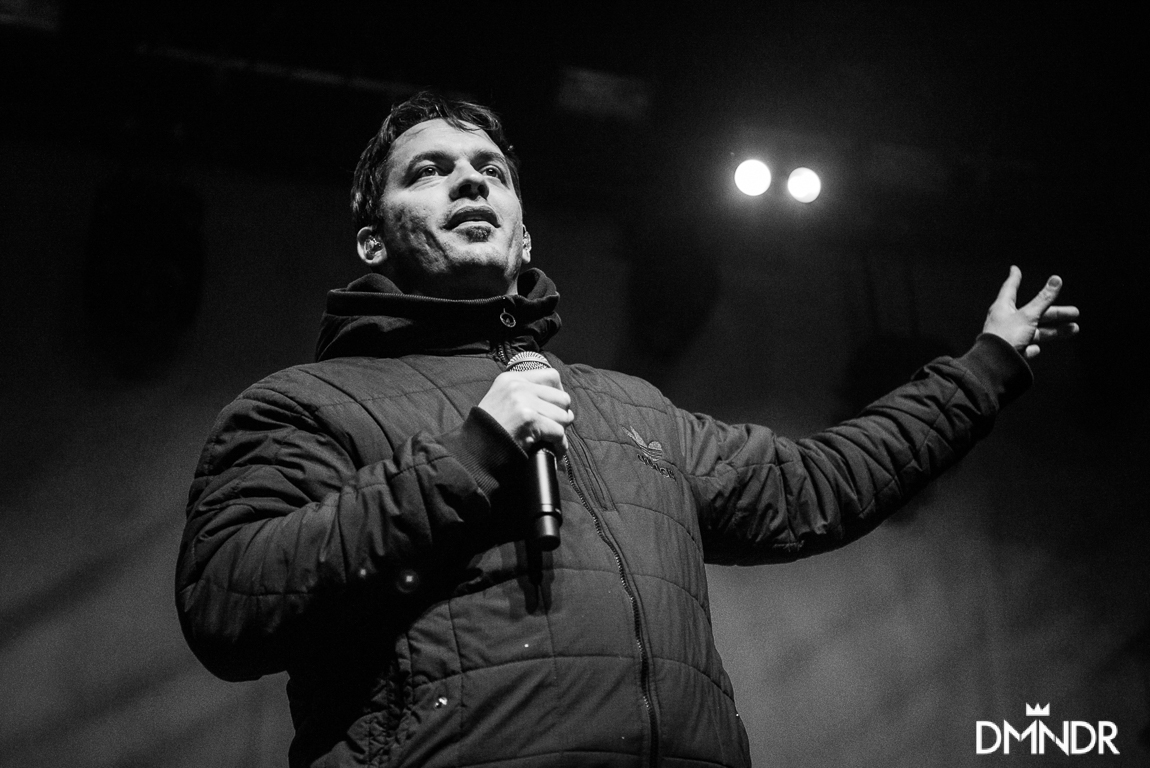 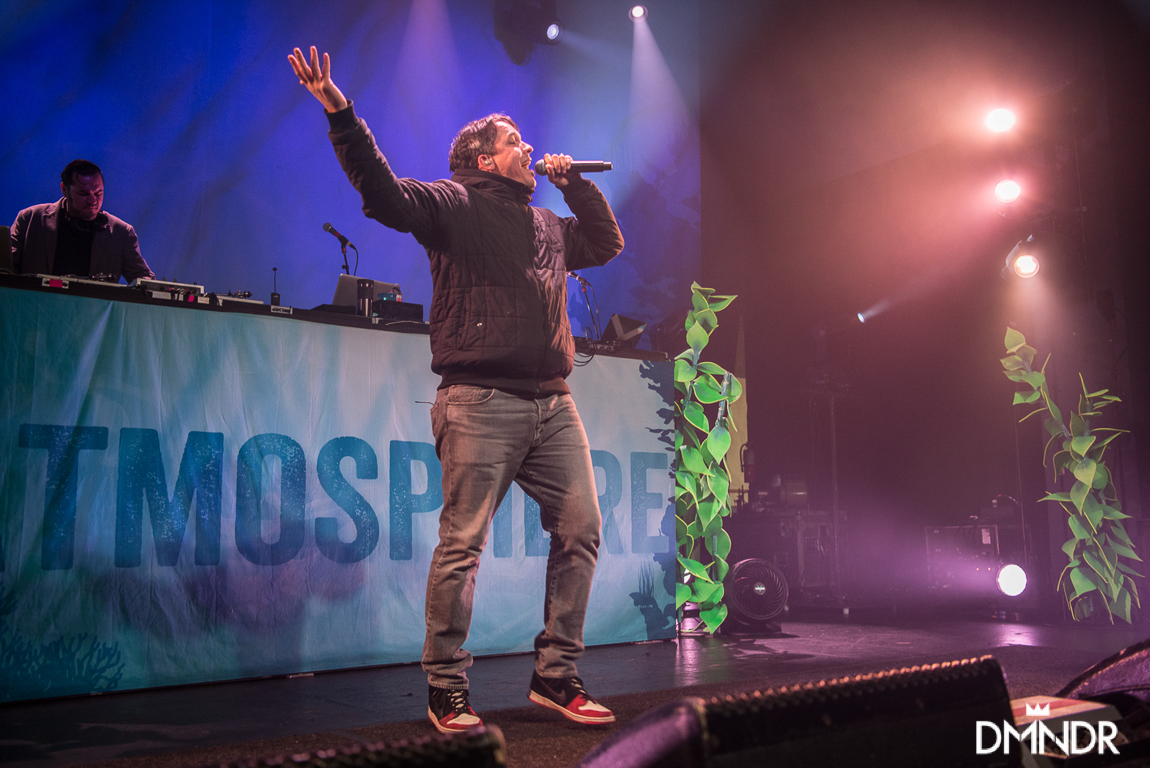 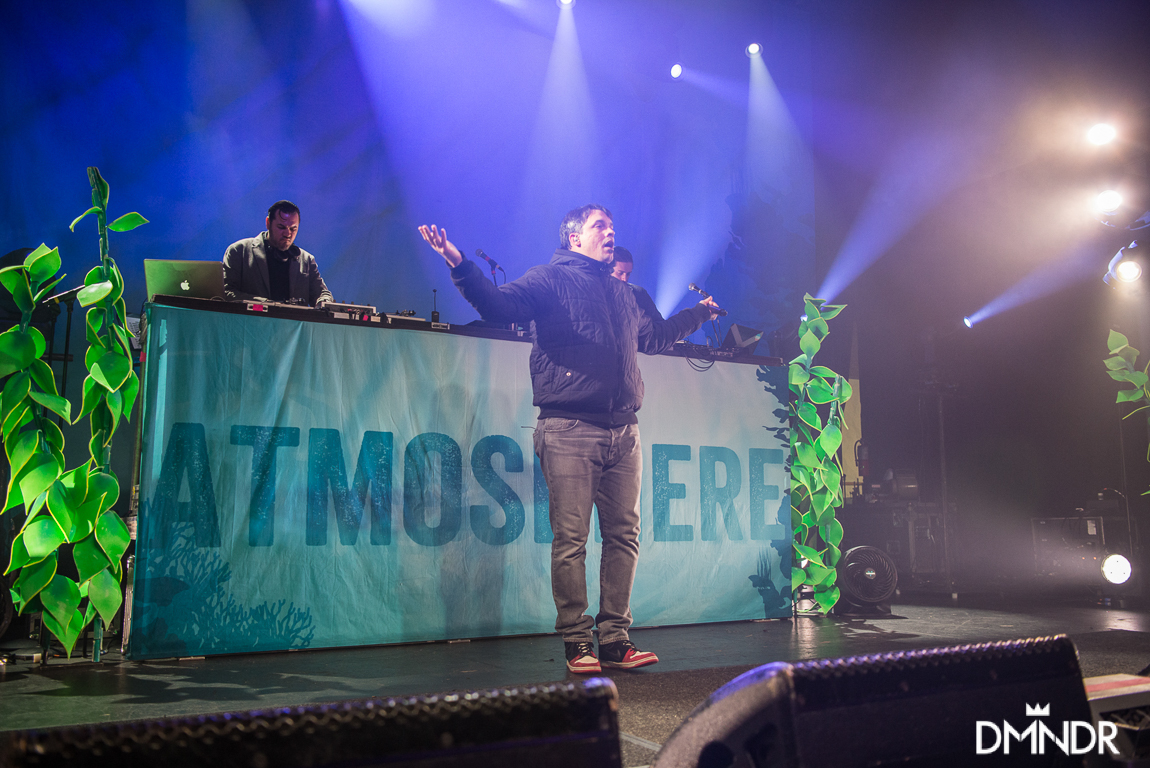 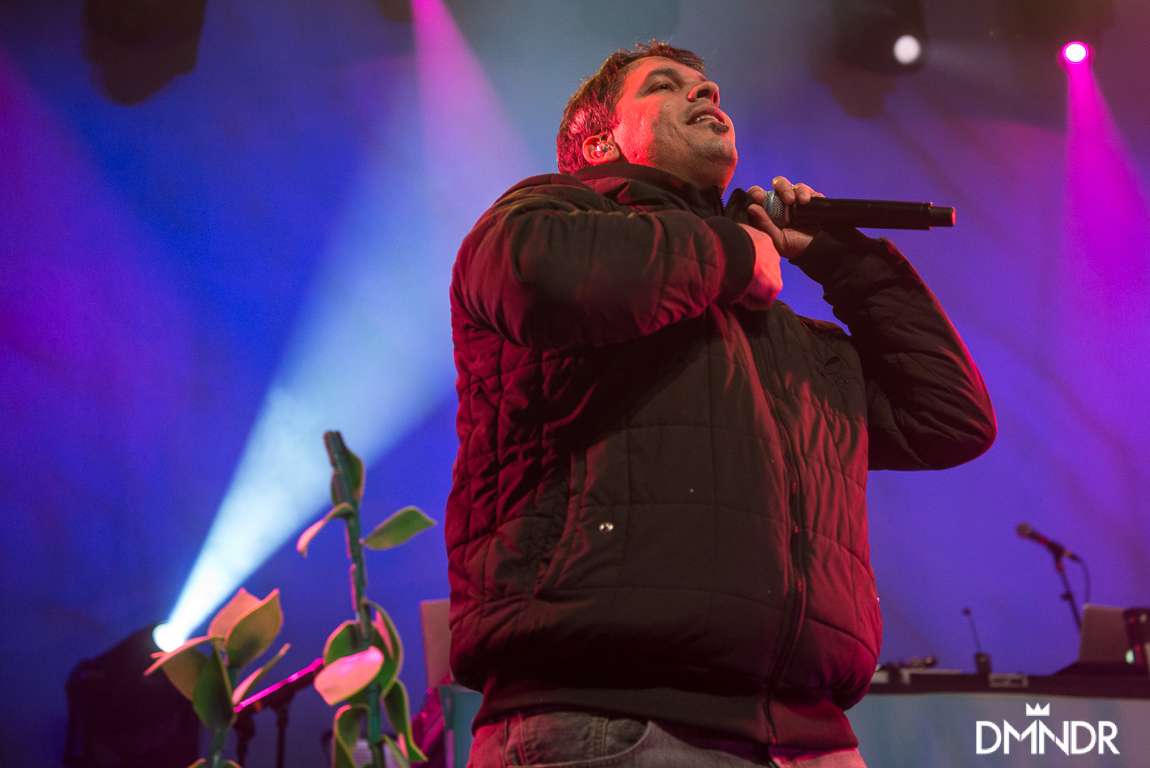 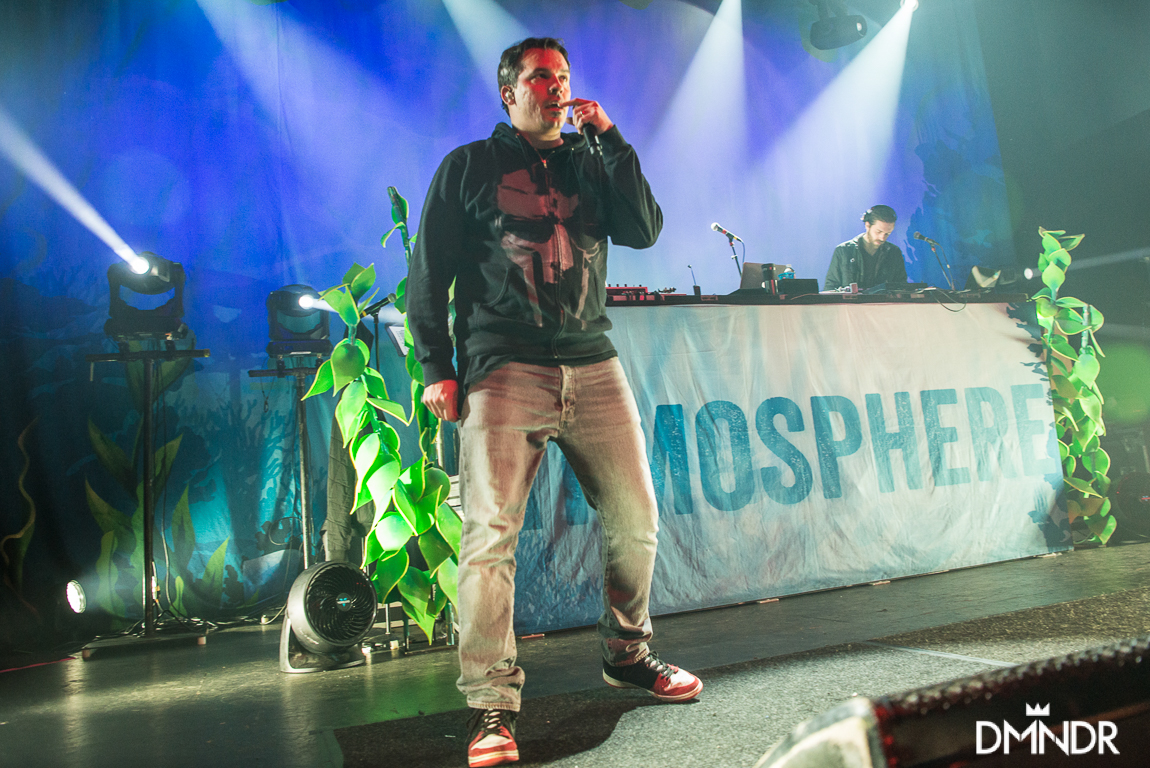 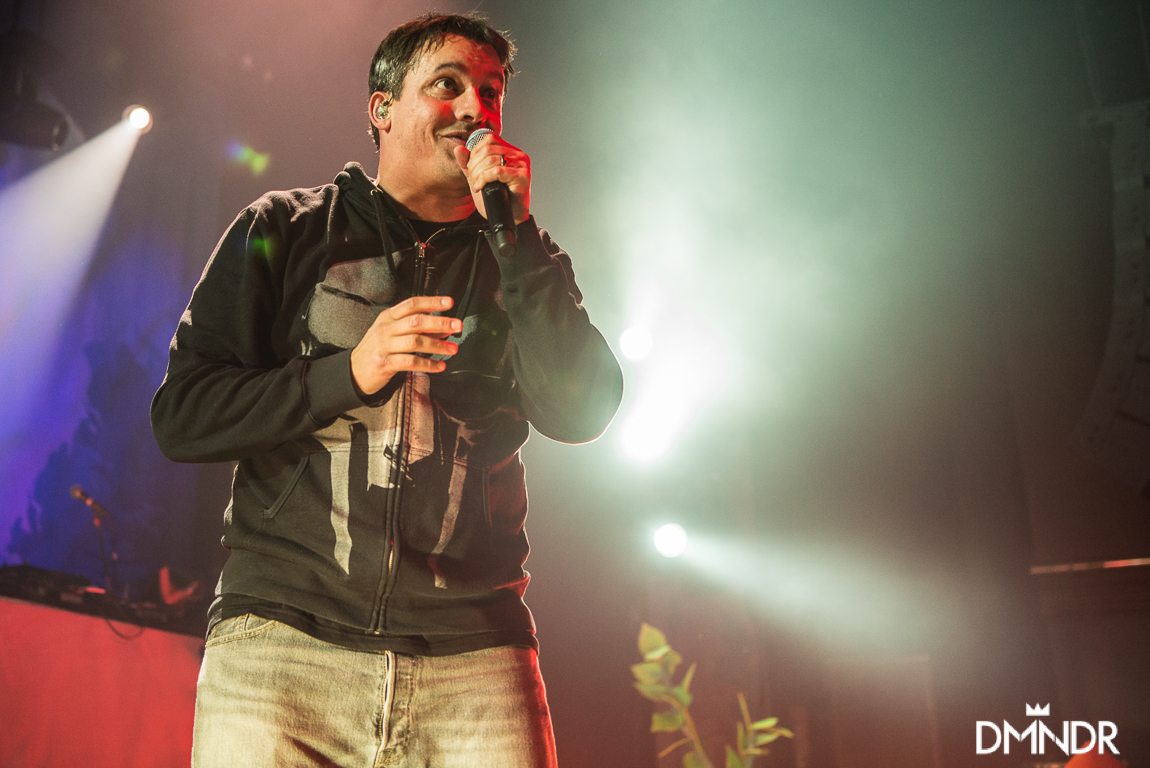 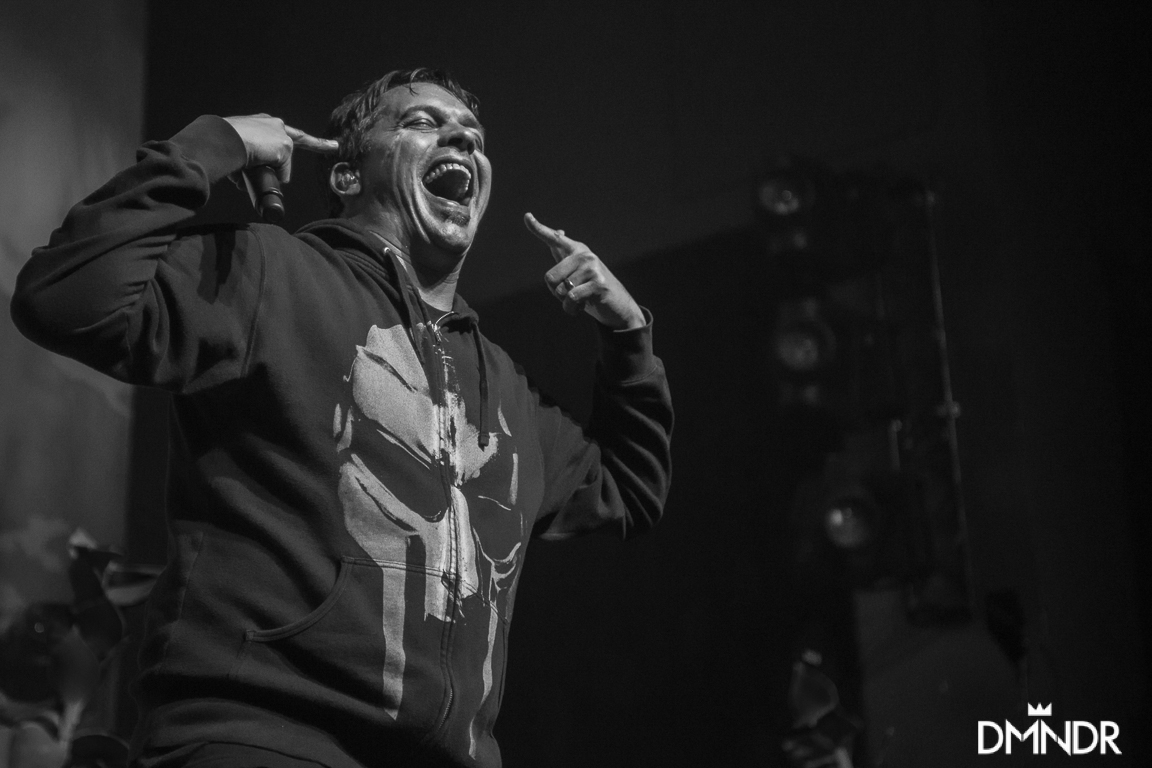 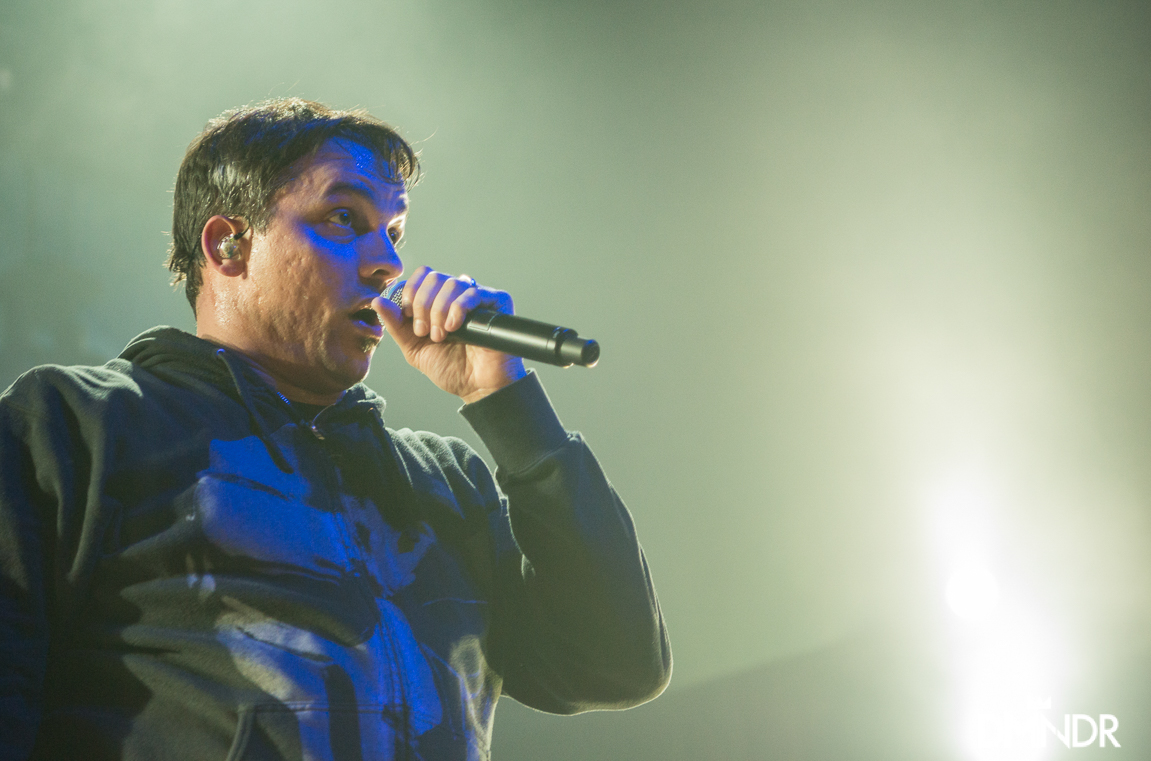