I’m not a Bieber fan.  Nope.  Although after his performance at Made in America 2021, I can say he was pretty much worth the price of admission.

Made in America has long been a kind of TIDAL music oasis in Philadelphia–  a festival full of emerging talent, rowdy rap & hiphop and big name pop-music.  This year was no different, Lil Baby headlined Saturday and although he’s been all over the Billboard charts this year– it was clear the crowd came to this festival for Justin Bieber.  Single day tickets for Sunday, the day of Bieber’s headlining, sold out far in advance of the festival.  Saturday did not.  The concert itself was replete with a huge audience of maskless and ‘health-checked’ teenagers being called out not to crush each other at the front stage barricade.  Behaviors we saw pre-pandemic abounded.  Drunk teenagers entering at the gate, drunk teenagers passing out in the crowd carried out on the shoulders of friends.  Newly stoned youth vaping every kind of substance the market would provide.

Bieber is so famous after his dozen or so years in the spotlight that the paparazzi chase him everywhere.  He’s also been prone to doing dumb things young people do, and the press gleefully documents his every fumble.   After his pandemic exploration of growing dreadlocks and the ‘cultural appropriation’ fallout from it, Bieber’s short hair was tucked neatly under a familiar cap.  His dance moves didn’t disappoint but there was something larger going on. The entire performance was a little downtempo. Visibly depressed, he’s a 27 year old guy struggling to get through his performance in front of 50.000 people.

To distract from this there was a menagerie of special guests;  Chance the Rapper, Wizkid, Kid LAROI, BEAM, and Quavo (of Migos). The show went on… 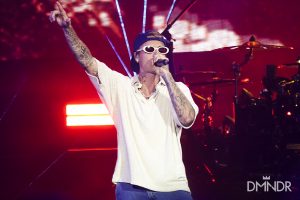 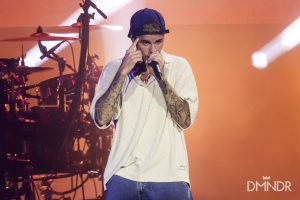 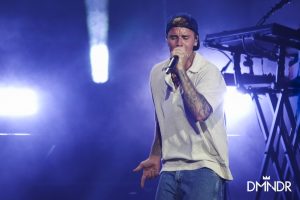 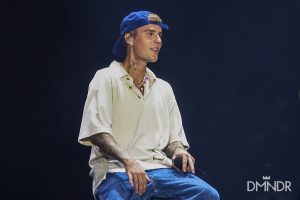 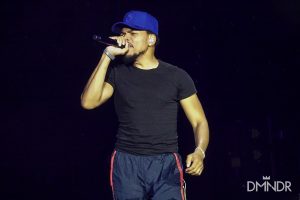 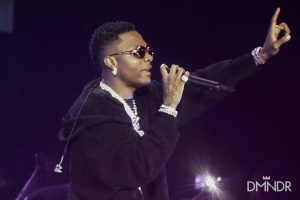 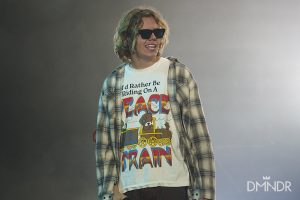 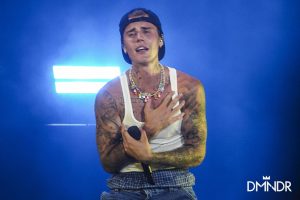 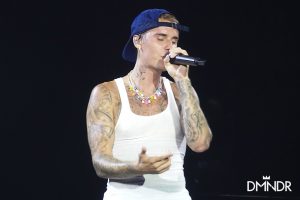 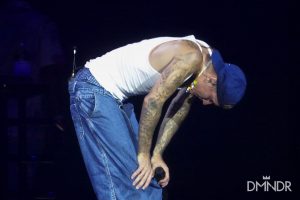 Before he played the final song of his set (Anyone), Bieber paused a moment to look down at his adoring field of fans.  He said:

Justin Bieber will soon perform at 2021 MTV VMAs, the rest of his tour is delayed into 2022 thanks to the surging pandemic numbers. We are all still going through ‘something’.