Funk at it’s finest: A night out with Russ Liquid feat. Marvel Years and Michael Getupart


New Orleans is notorious for three things: fine cuisine, Mardi Gras, and producing some of the best damn jazz musicians known to man. That being said, it’s not surprising that Russ Liquid, a group who call NOLA home, managed to dazzle The Fillmore with their unique take on the genre this past weekend, with help from VT native Marvel Years and Philly local Michael Getupart.

Michael Getupart, better known as nickname “Get Up” is no stranger to the city. This up and coming DJ has quickly worked his way into becoming a mainstay in the local scene, even earning a residency sister venue The Electric Factory. His performance that night is best described as a carefully crafted homage to psychedelic rock, with heavy hits of dubstep and synth mixed in between. While further details behind Get Up remain a mystery, he’s also reportedly a pretty dope graffiti artist, as well as a solid opener.

Next up was Marvel Years. Marvel Years is the brainchild of Vermont Native Cody Wythe. His sound is a unique hybrid of glitch, retro-funk, and hip-hop. What he lacks in age he makes up tenfold with his performance, shredding and mixing his way through his set with a kind of manic energy that was impossible to ignore. His performance was the perfect precursor, leaving the audience beaming and ready for Russ.

When the group finally hit the stage, it was like watching a beautiful supernova of sound and soul. Frontman Russell Scott and guitarist Andrew Block stole the show for the night, with Scott’s heavy brass notes and Block’s cutting guitar riffs fusing together to create the most intoxicating blend of electro funk. This high powered energy mixed with their undeniable raw talent and dedication is what set Russ Liquid apart as more than a basic electro jazz group. These guys know what they’re doing, they do it well, and are here to stay. So seriously, even if you’re not a jazz/funk/soul fan, I highly recommend checking them out. And if you don’t tap your feet even a little, then you probably don’t have much of soul to begin with. 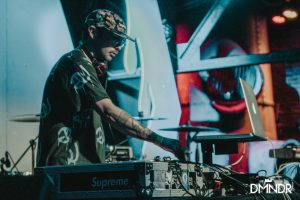 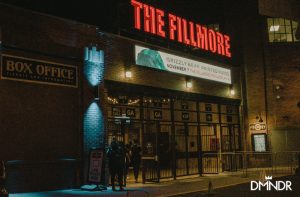 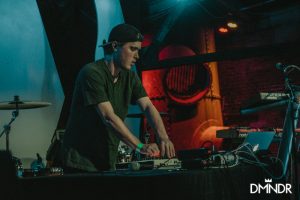 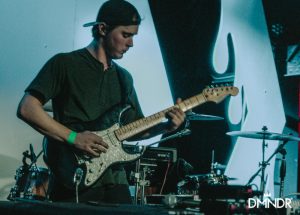 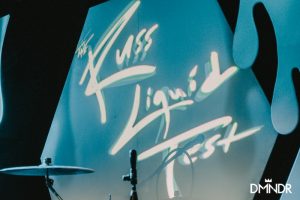 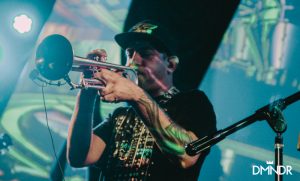 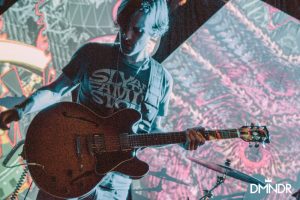 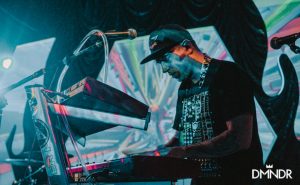 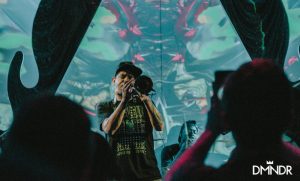 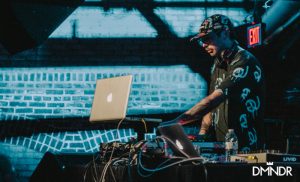