INTRVW: CLAY ON MOLDING HER MUSIC 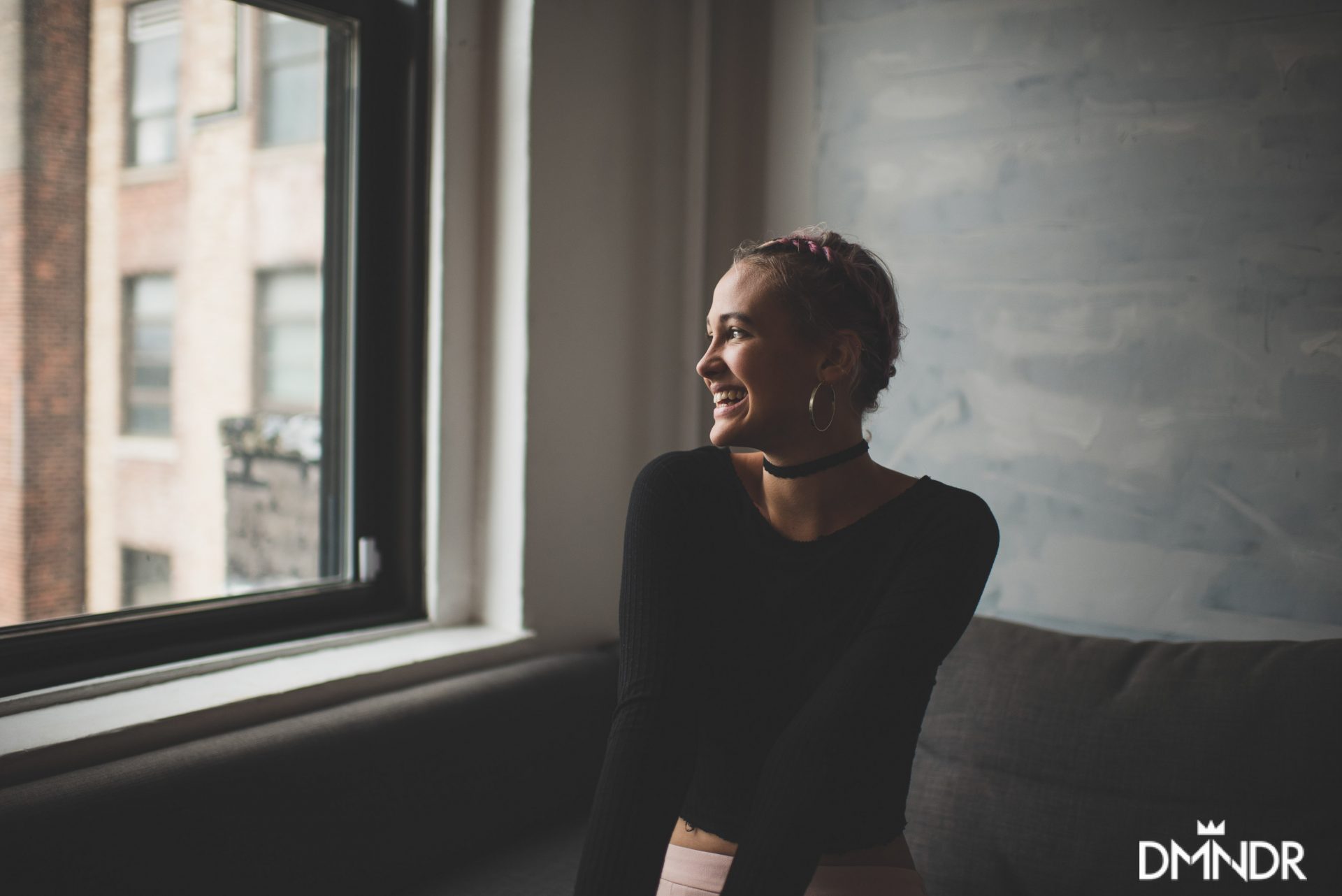 There’s something magical about CLAY. From her colorful hair to her eclectic taste in clothing, the San Francisco native/current LA dweller has an ethereal essence about her that’s hard to ignore.  Positivity emanates from her like heat from a fire. Even on a gloomy Saturday, her presence lit up the DMNDR office. Her stunning features and soulful voice will capture your attention, but when speaking with her a clear purpose surfaces that will convince you she’s destined for more on this Earth than simply making music. That shouldn’t distract you from her music though- her sound is definitely not to be overlooked – her debut two-part single, “Wild Thing/3’s A Crowd” is a grand entrance into the music world and an excellent demonstration of not only her influences, but also her talent. “Wild Thing” is an unsparing inspection of our collective unavailability, society’s macro deficit of presence in the age of smartphones and social media, while “3’s A Crowd” turns inwards, offering an introspective melody of a past relationship, tinged with heartbreak. Though she’s only released that one single, it’s clear that she’s on a fast track to success.

I sat down with CLAY to talk about her new single, the meaning behind her name, and what she hopes to accomplish through her music. Read on as she gets real about our addiction to social media and why she was wearing a shirt emblazoned with a uterus juxtaposed against a gun on it. 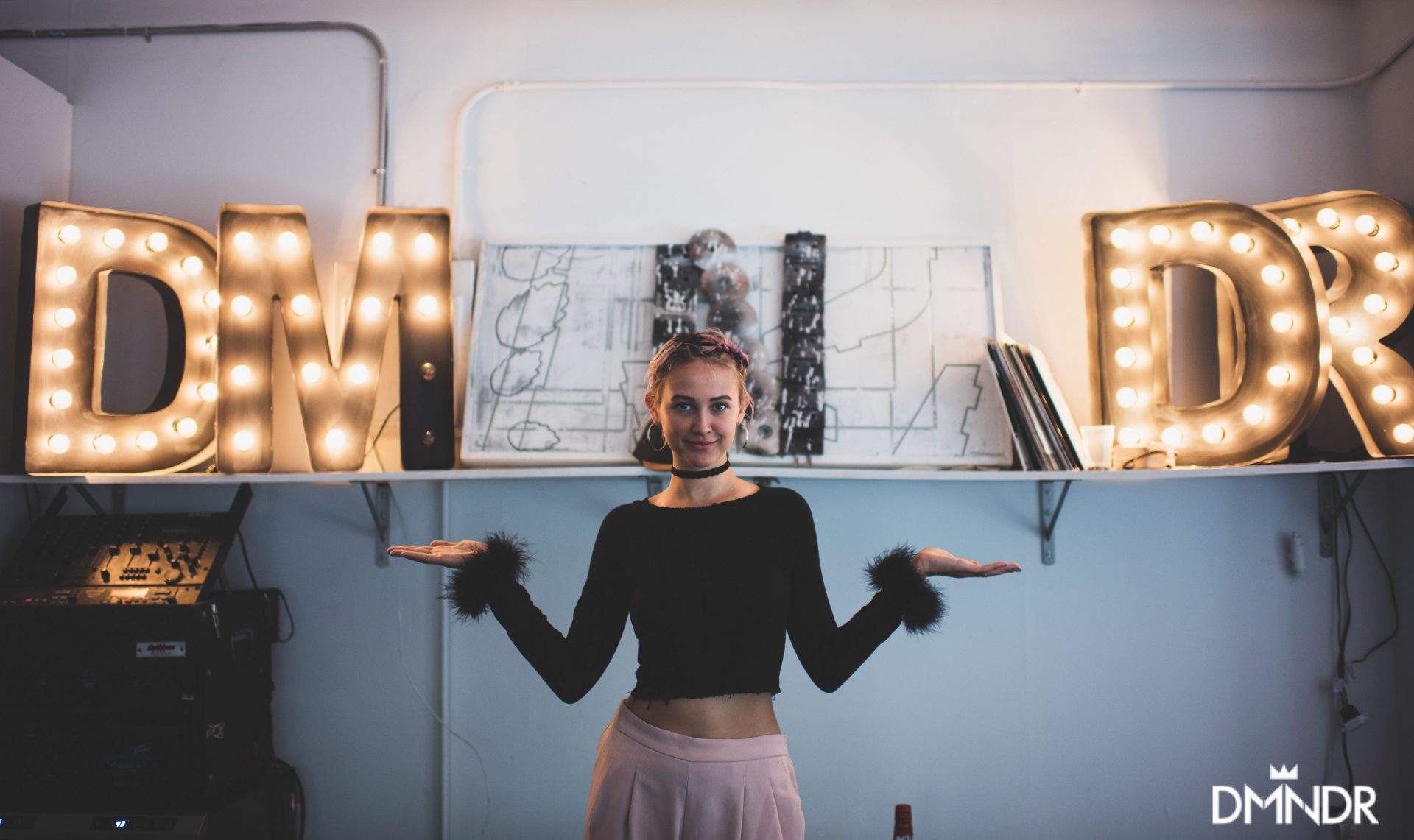 “Oh my god, I want to write music forever”

Tell me about how you got into music. Have you always been into it?

I’ve been singing forever. I was probably singing before I was talking. I grew up in a four-part treble girls chorus, so that was a total 180 from what I’m doing now, but I’m sure it influenced it. I didn’t really start making my own music until 18, and that’s when I was like “Oh my god, I want to write music forever.” I went to Berklee College of Music for a few years, and then I moved to LA to pretty much start from the ground up, do my own thing.

Do you think being from California has influenced your music style at all?

Totally. I think it’s influenced what I write about. And because San Francisco is so diverse, the the music choices are too. You can go to so many different places in the Bay Area and listen to so many different kinds of music. There’s all of these places to soak it all in. But yeah, I commend the Bay for that for sure. I think that having like a fusion sound, I definitely would attest some of that to growing up in the Bay.

So is Clay your actual name?

It’s one of my last names – I have a hyphenated last name. My first name is Gabrielle. It makes sense to me, just because of the actual meaning of clay, of being literally malleable earth, and that’s my whole message: come as you are. You get to choose however you mold, and whatever you put clay into is your own definition. And I like that it is completely neutral in so many different ways, you don’t know if it’s a band or an artist or a girl or a guy, like you have no idea. Which I love. And it’s four letters, simple, easy, everyone can spell it. But yeah, it’s my dad’s last name.

Talk to me a bit about your writing process. When you go to write a song, does it just flow out, or do you have ways to spark your creativity?

I guess I never really sit down to write a song unless I’m in a writing session. It’s so convenient that I have voice memos on my cell phone, because I’ll be on the subway or in my car and be like “Oh my gosh!” I actually write most of my songs in the shower or in my car. Those two places where you’re focused on something else, where you’re not focused on creating, where you kind of go on autopilot, and the songs usually come to me then. When I’m not thinking about it and not hunting for it. It just kind of surfaces when I’m really just completely spaced.

“You get to choose however you mold, and whatever you put clay into is your own definition”

So it’s more of a natural process.

Yeah, exactly. Usually they come in fragments, so it’ll be a hook or a chorus or a something, and they’ll come in fragments throughout months. So I’m like “I just wrote the chorus to this song I wrote three months ago.” Unless they kind of come through in one sweep, like Wild Thing that I just released, the first part came through in probably five minutes. It just depends. I try not to question it.

In that single that you just released, you sing “How are you a wild thing / when your life is all screens / scrolling through the moments while you’re missing the view.” I’m assuming that’s social media… 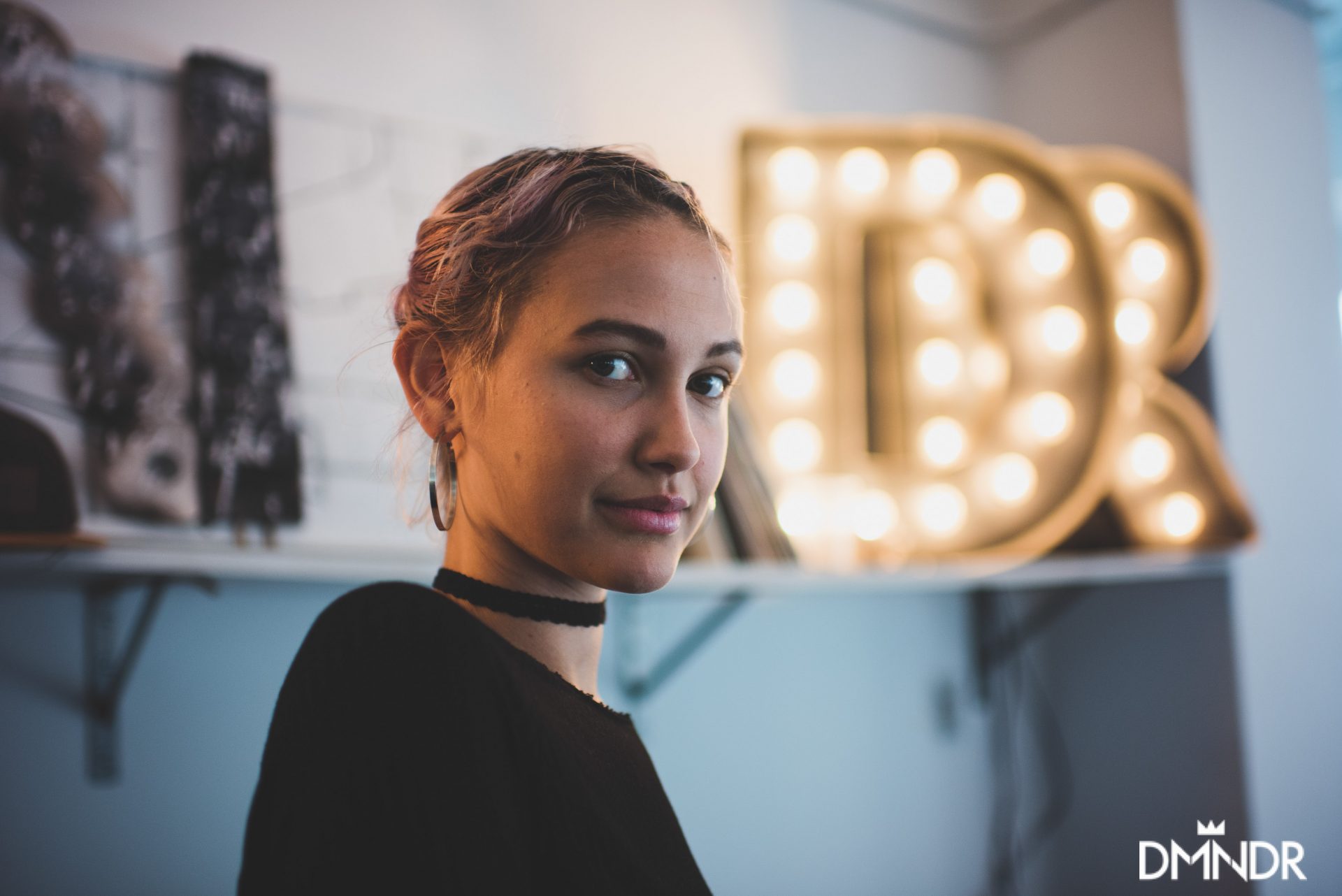 So you think that people are missing what’s around them and not being in the moment because of social media?

Yeah, and by the way, I write that for myself to. I am definitely not above that. I’m like walking with my head down when beautiful things are around me. Even like me sitting the other day on a park bench, and everyone is around me on their laptops or on their cell phones. And it’s crazy. I think when I unplug, I draw most of my inspiration from humans and human interactions, not human interactions within a cell phone. Not human interactions through cyberspace. Actual, emotional human interactions and relationships and feelings. I think it’s totally an addiction that our entire generation has, I’m totally included in that. I literally wrote Wild Thing while I was scrolling through Instagram, so I’m definitely not above it. But yeah, you’re spot on, and it needs to be addressed.

I think it’s good that you recognize that you’re not above it, that it does happen to you.

Oh, totally. Of course I use my phone! It’s just another spaceout time. It’s like, I don’t even know why my phone is in my hand, and I’m scrolling through it.

Yeah, I’ll be on the subway and every single person is on their phone, listening to music, not paying attention to what’s around them. It’s ridiculous. I do it too, I know.

It’s like, what could we possibly be looking at? There’s so much content, but a lot of it isn’t that interesting. 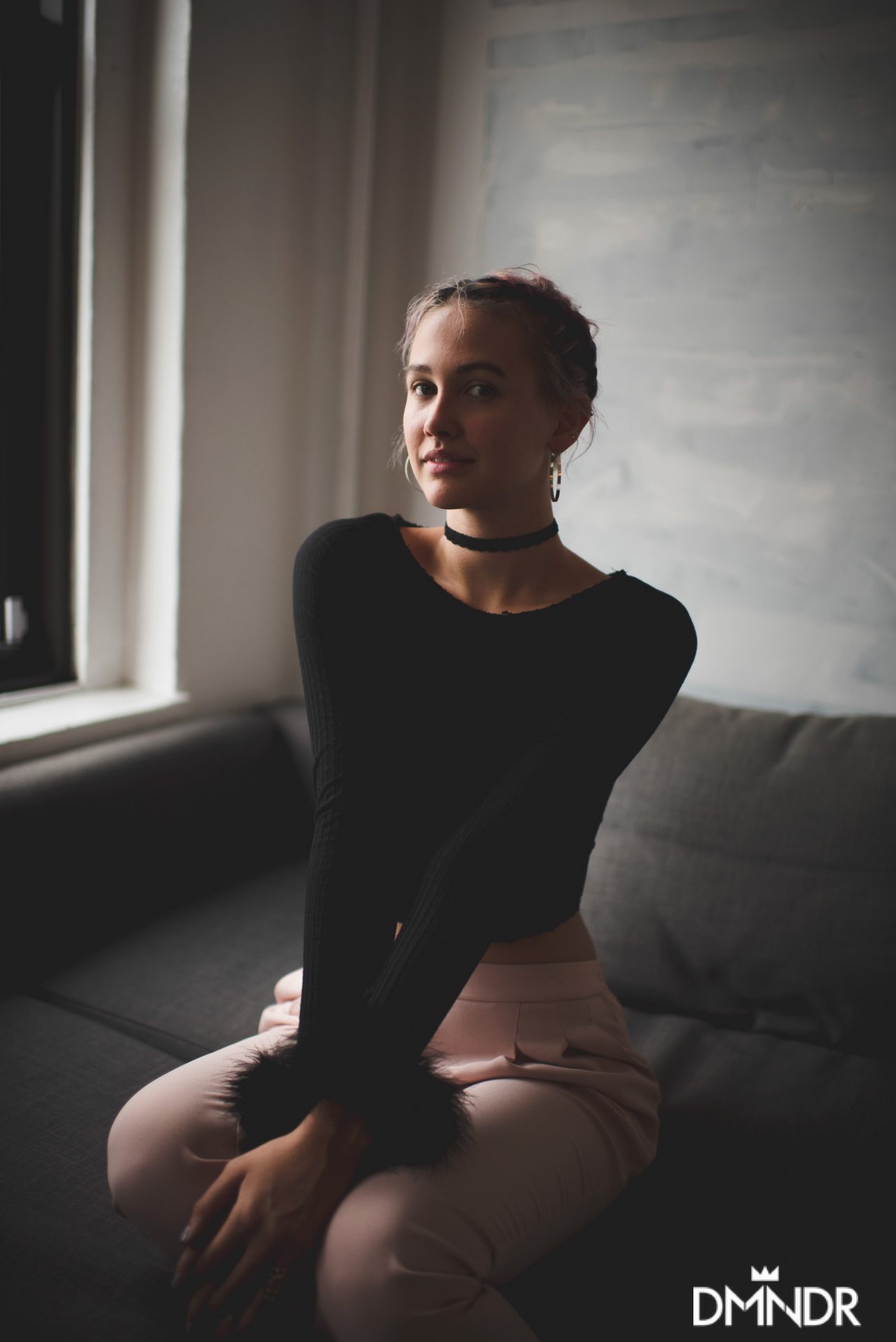 So on the social media topic, you posted a photo wearing a shirt about women’s rights..

Oh it was like a gun and a uterus! Like the gun is more controlled than the uterus…I love that shirt.

Yes! Awesome shirt. So you’re more outspoken about your beliefs than a lot of people. Do you think that people should be more outspoken on social media? And do you want to use your music/social influence to get people talking about issues like that?

For sure. I think that for me, personally, I don’t see the point of me having a platform if I’m not using it as a voice for others. And a voice for making social change. I think the only reason I’m garnering any type of success whatsoever is because I have a message. And because it’s coming from a place of integrity. I’ve kind of somehow found my niche of what I can do immediately, like what can I, in this moment, tangibly do to get to my goal on this planet, which is expanding safe space. So what can I do immediately? I can continually post and share my own stories, like I’m doing in my songs. I can also share my stories day-to-day. Like “Hey, I had a really rough day today, and that’s totally fine that I did. This is what happened and this is how I’m going to keep moving forward.” I also think people are responding to it in like, just seeing where I’m coming from and seeing that I’m super genuine and honest. I’m a pretty positive person, and I’m trying to expand that and I’m trying to let people come as they are. Right in this moment. Like cool, this is a space for you. Wherever you are in your life, you’re totally welcome here. And I definitely want to create a network of followers and collaborators in all of this. Anybody that CLAY, as a brand, is associated with, I want to make sure that all they’re doing is trying to expand that safe space and not isolating anybody. So yeah, I’m outspoken about some controversial things, but it’s not like I’m pushing anybody’s opinion down. I’m free to share my own thoughts and I want other people to be able to share those as well.

Going off of that..you’re building your brand on social media – it’s unique and your personality really comes through. In our society where there’s a lot of pressure to be a certain type of way or do certain things, how do you stay true to yourself and your values?

I think it’s hard for anyone to, and I think I’m super lucky to have the family and friends and support that I have, and that I really love myself. It took me a really long time, but I genuinely really love myself. And even to say that out loud is super radical, people are like, “What?! What do you mean?” Again, sharing that and sharing my journey through that. I’m sure there will be times when I’m like “Oh my god, where am I at, what am I doing, I feel like I’m being forced into something I don’t have control over.” Right now, I’m also super lucky that I have a team around me that works for me and is passionate about the project and helping me connect the dots, and I don’t have to rely on any type of controlling force. I don’t have anybody telling me what to do. Which is awesome. I’m completely in creative control of the project. Which is great, because no one is telling me, “That’s not good enough,” or “You have to look like this.” Because of that, I’m able to be like, “Okay, I have this voice. I have self-love. I have these things. Let’s put them together and create this brand.” Everybody has these human days where they don’t feel like the other days, but I’m just trying to share that and be transparent.

As far as music goes, anything new coming up? 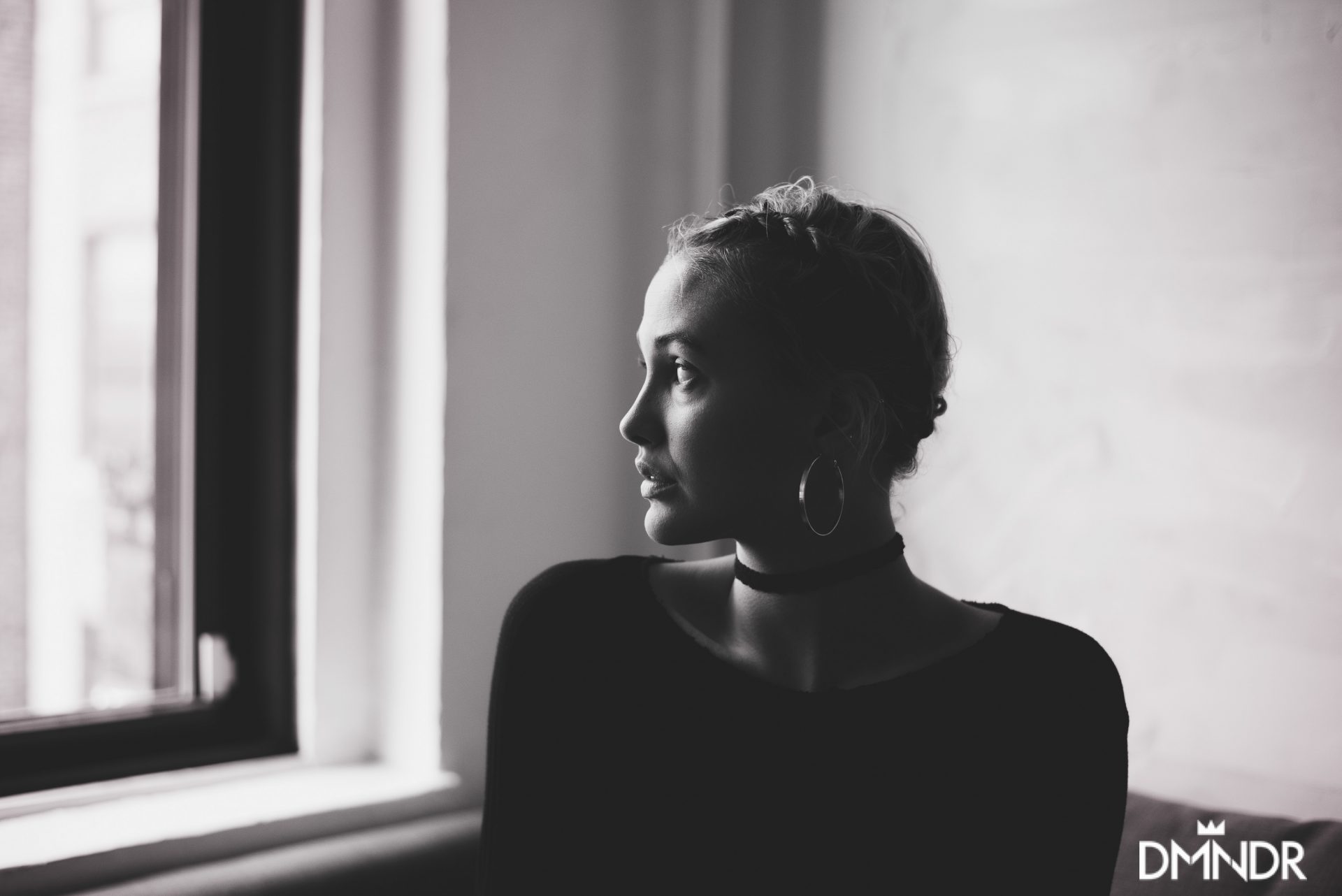