Change is an inevitable part of our time here on Earth. Some welcome change with open arms, while others fight off change to the best of their ability. But like Sam Cooke said in 1964 “A Change is Gonna Come”. While Cooke was talking about racism in America when he wrote that famous song, the same principle of impending change can be applied to smaller concepts in our lives as well. We change our clothes, we change jobs and sometimes we even change the people we surround ourselves with.

I have been a huge fan of Kentucky rock band Cage the Elephant for much of their nearly 15 year career, and after seeing their Night Running Tour I have noticed a lot of changes.  The most obvious change in their live performance was the absence of guitarist Brad Shultz. His presence and energy were certainly missed but it was later announced that he had a herniated disk in his neck, causing him to miss the remainder of the tour. (Wishing you a speedy recovery Bradley).

The injury did not slow or stop Brad‘s little brother Matt from providing the high-energy performance he has become known for. Matt Shultz has turned in some legendary showcases over the years, dancing, running, jumping and crawling all over the stage like a possessed Mick Jagger. It is quite astonishing to witness and that has certainly not changed.

For those that do not know, the newest album from Cage The Elephant, Social Cues, revolves heavily around a big change in Matt’s life: Divorce. Songs like “Ready to Let Go” and “Broken Boy” paint a dark picture of someone struggling with a new reality, without someone they loved for years. Matt came out on stage wearing (what looked to be) a fencing suit, symbolizing that he has been fighting for a long time and has his guard up. As the set progressed his defenses lowered and exposed an emotionally wrecked human being à la Phantom of the Opera. Matt even had a similar mask to hide himself from the world.

After a small rain delay, this performance art piece turned back into a Cage The Elephant show when songs like “Mess Around” and “Trouble” turned in to a giant sing-a-long, with smiles, hugs and a rejuvenated energy. Matt Shultz and the rest of CTE have been faced with some difficult changes in recent years but they have made it through to the other side. If their music is any reflection of them as human beings than they are better off for it.

The Night Running Tour is more of a traveling festival with support from Sunflower Bean, Spoon and co-headliner Beck. 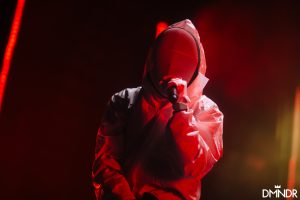 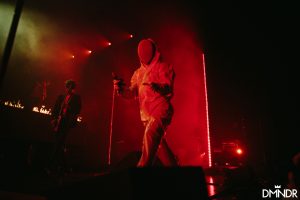 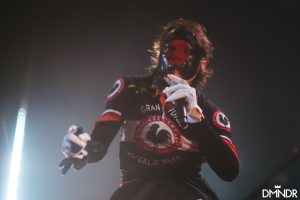 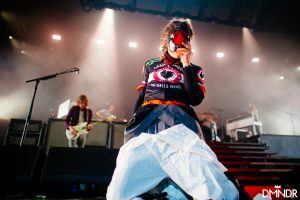 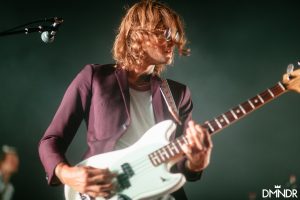 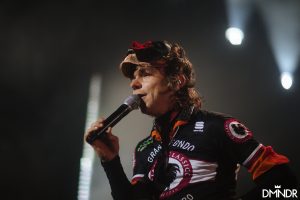 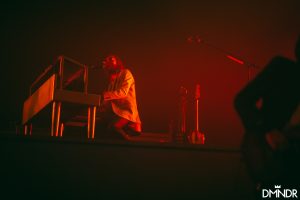 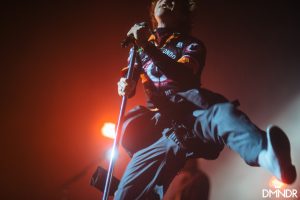 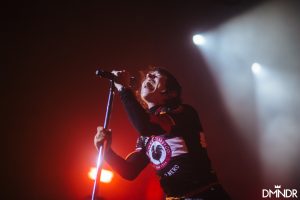 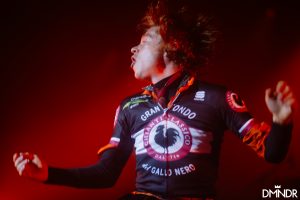 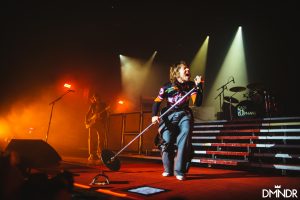 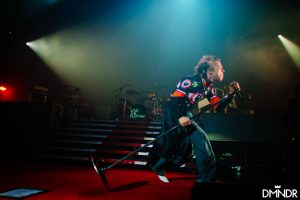 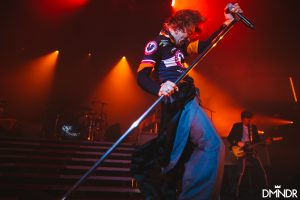 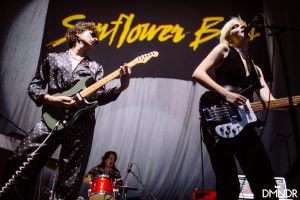 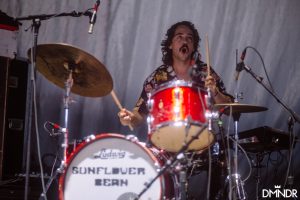 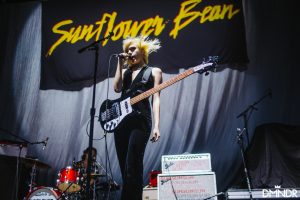 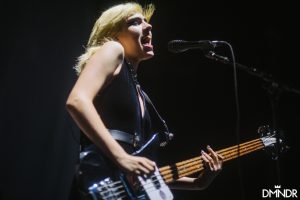 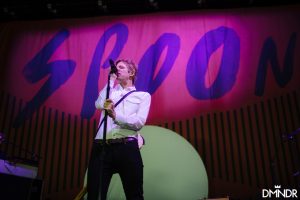 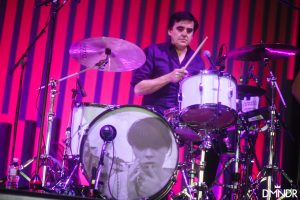 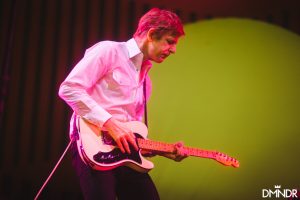 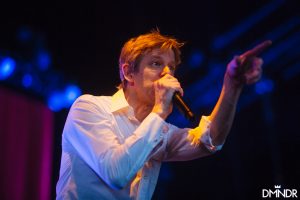 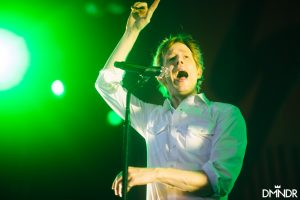 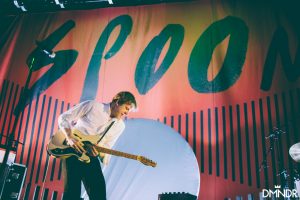 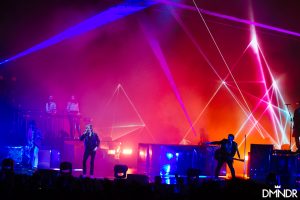 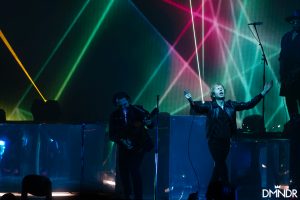