Moshing on SLAYER’s ‘The Final Leg’

Last summer I had the fun experience of covering SLAYER for the Reykjavik Grapevine, in Iceland. This was to be Slayer’s first and last show in the nation, as part of their ‘The Final Tour’. Ah that was 2018. One long cash grab tour was not enough for Slayer, so for 2019 ‘The Final Tour’, added ‘The Final Leg.’

Saturday night ‘The Final Leg’ made its appearance at Madison Square Garden. After having missed out the famous SLAYER pyrotechnics in Iceland (where it was too rainy to accomplish), I was ready to capture flames. I perched myself high and wide in the back of the theater, and waited through the opening acts (Phil Anselmo, Ministry, and Primus).

I missed all but about the last 30 seconds of Phil Anselmo, Ministry delivered a tight but mildly formulaic set. Primus came on as the last opener, and gleefully told the crowd “We generally refuse to perform as openers for other bands, but when Slayer asked we could not say no.’ Primus then launched into a playful set that inspired the large audience to mosh. (Primus was performing to steal some Slayer fans for themselves.)

Slayer and its pyrotechnics team did not fail to deliver. With two banks of flanking flames, smoke, sputtering balls of flame and an inverted flame cross, the pyro was strong. The band wailed straight through a 20 song set with the mere interlude of a momentary backdrop change. By song six, (War Ensemble) the large GA floor had morphed into a mosh pit frenzy with Tom Araya’s two security guards constantly deflecting incoming crowdsurfing bodies.

At song 20, the house lights came up and the band paused for a photo, to thank the crowd for their years of adoration and to bid them all a good night. There was no encore. One fan remarked: ‘that’s it– they’ve played everything they had.’ 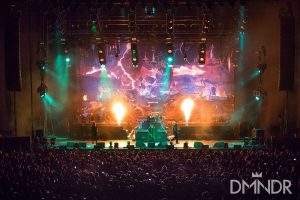 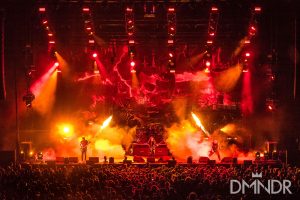 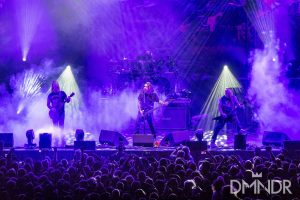 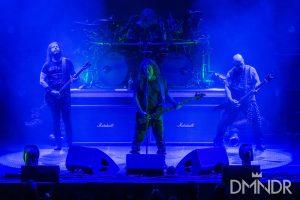 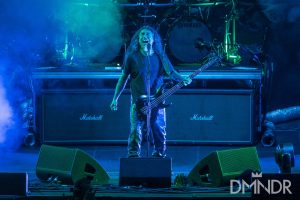 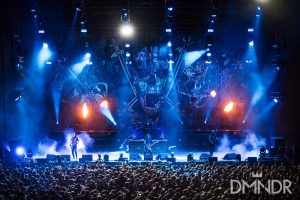 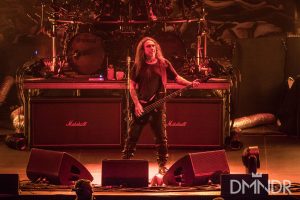 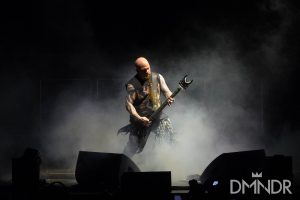 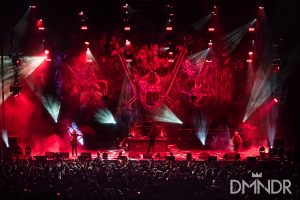 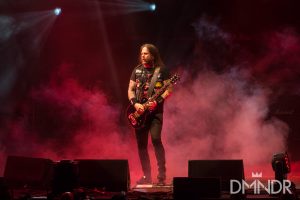 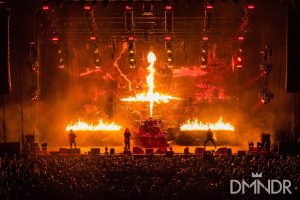 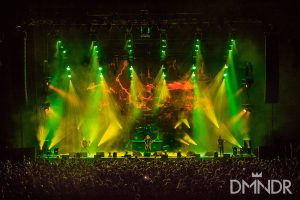