of Montreal’s Barnes is My Gender Defying Magical Fairy


TLDR: of Montreal’s live performance is a saturated audio-visual spectacle that demolishes ideas about gender.

“I was immediately enveloped in a world of costumes, glitter, colors, and Kevin Barnes jumping around the stage like a gender defying, magical fairy”

I had heard that of Montreal puts on a wild show- and boy did they live up to expectations. As usual I squeezed my way through the crowded room- a sold out show at Neumos- to the front, and pushed up against the stage. I was immediately enveloped in a world of costumes, glitter, colors, and Kevin Barnes jumping around the stage like a gender defying, magical fairy.

Before the show began, the woman next to me told me they had run into Barnes on their way to dinner. “We both couldn’t get into this sushi restaurant.” She went on to say that Barnes was her Bowie, an idol of hers that she has always wanted to meet, a Bowie-type figure for younger generations of wonderful weirdos.  This woman looked to be in her 40s, clearly a long-time fan; but standing right next to us were groups of teens with glitter on their faces, who during the show sang along to every single lyric and stretched their hands eagerly toward Barnes as if reaching for a deity.

This man, and the music he and his band mates have created, have definitely inspired a kind of cult following that will go down in history.  The music speaks to love between all combinations of couples, of misery and joy, like most music does, but in a whimsically poetic way that will ring true throughout generations. The reason for this was highlighted during one of the most poignant parts of the show, when one of the female dancers came out on stage wearing a penis costume and a Donald Trump mask. Then two dancers, one dressed as an American flag, and one dressed as a gay pride flag, showed up to battle him and then hugged passionately.

“It is so important for famous musical artists to stand up for justice and equality, and of Montreal definitely made it clear where they stand”

My heart filled with a flood of happy energy as Barnes, dressed in drag for most of the show, jumped wildly around and as if to say, “fuck you” to gender norms, and to the stifling, narrow-minded Donald Trumps of the world. It is so important for famous musical artists to stand up for justice and equality, and of Montreal definitely made it clear where they stand.  My other favorite part of the show, besides the rocking tunes and costumes, was when Barnes, dressed as a woman, pretended to eat out two of the dancers, and people cheered, not because it was lewd, but because man, he gets it.

CHECK OUT OUT oF MONTREAL REVIEW OF THEIR DC SHOW HERE FOR MORE PHOTOS: 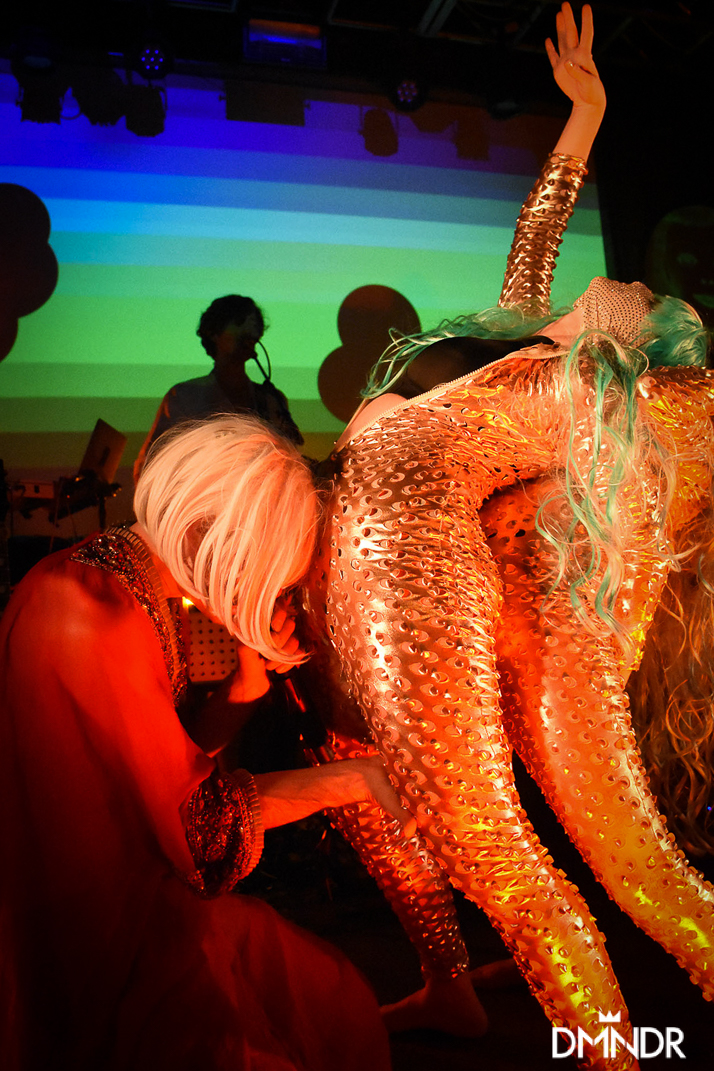 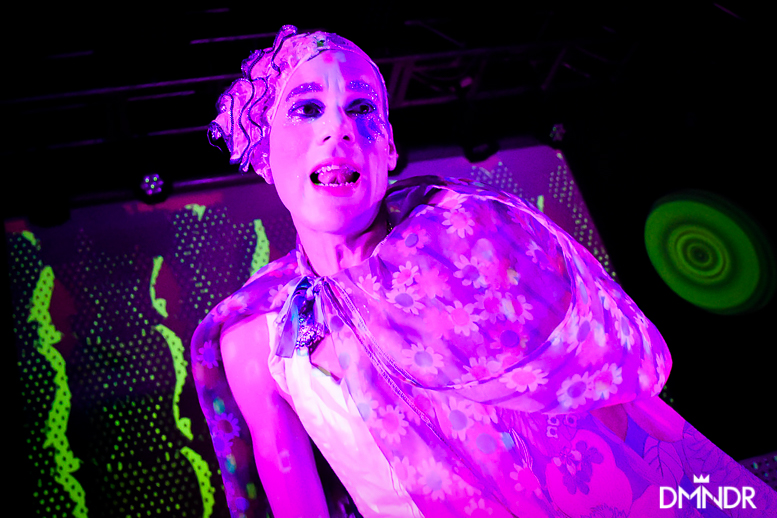 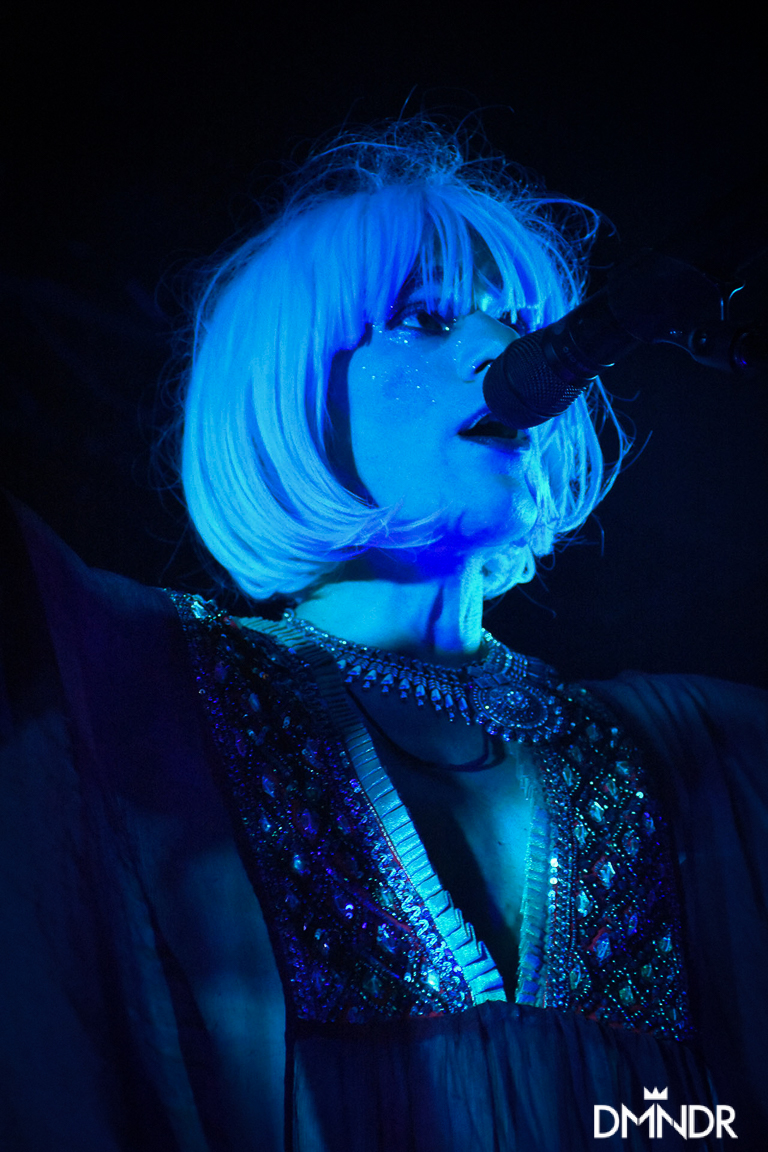 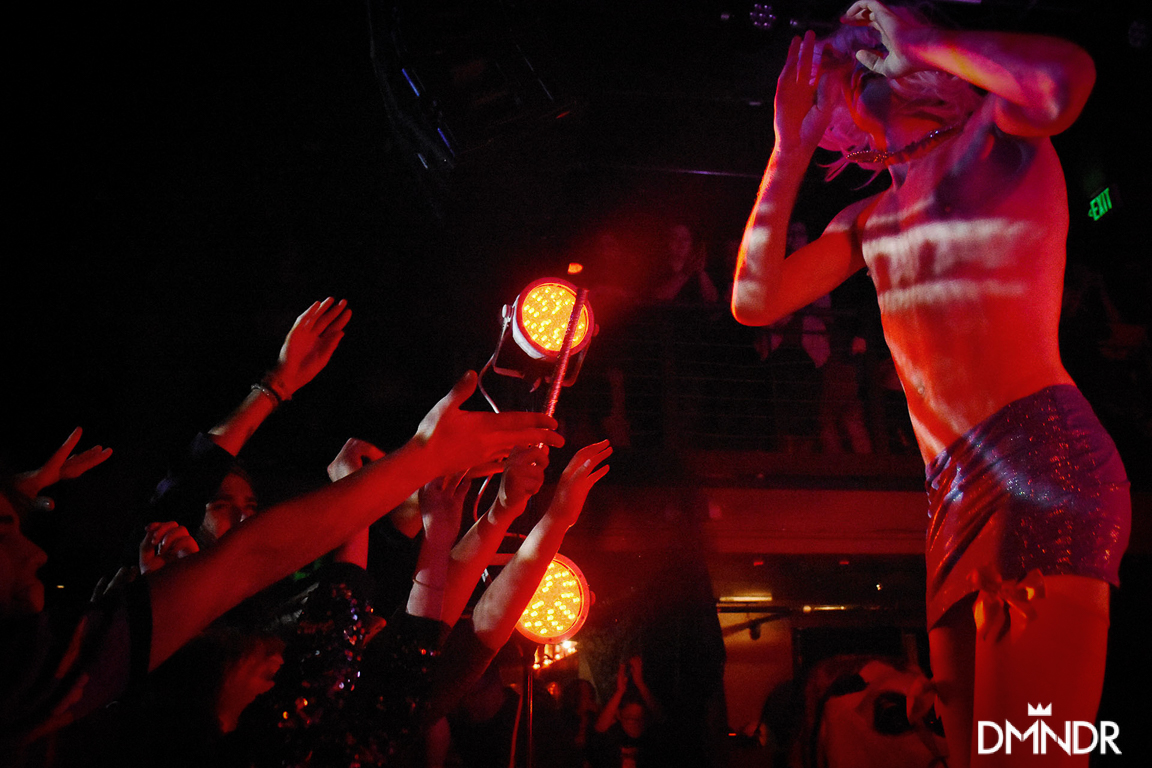