Politics Is The New Music

A certain level of objective boringness was once a prerequisite for any presidential candidate. Today, a candidate who is not exciting, or a “rock star” seems unelectable. Meanwhile the legendary trope of the hotel room-trashing rock star is anathema; It’s hard to imagine any top 40 artist today being rewarded for asinine behavior in the “woke” age. The “rock star” and the “candidate” have effectively traded places.

How Did We Get Here?
We all need something to believe in, and in the stodgy yesteryear of traditional politics, that wasn’t Jimmy Carter or George Bush. Until Barack Obama announced his candidacy on February 10th, 2007 Presidents were manufactured like political widgets, designed by each of  the two opposing parties. There were strict guidelines for viable candidates; a candidate was white, male, Ivy League educated, experienced in government, funded by kingmakers, Christian (although Catholic was barely permitted), and from a handful of states (24 of 45 Presidents are from either Virginia, Ohio, New York or Pennsylvania- and only Nixon and Obama were born West of the Rocky Mountains). Candidates for POTUS were designed in party headquarters and then brought to market through a distribution network that is maintained by the political class but funded, and essentially owned by corporations.

Obama, by contrast, was a community organizer who fashioned his platform based on the input of direct donors and in the process he reshaped campaign finance. Importantly, he was the first candidate to raise roughly half his campaign funds from small donors. After winning the DNC nomination, he became the first candidate to opt out of the public financing system for
presidential campaigns, and in so doing freed himself from spending limits that were the organizing forces of modern elections. In effect, Obama had “turned off the gravity” in modern politics, and in the
decade that followed the political climate shifted considerably. In the wake of Obama, the way politics are financed, polled, distributed and discussed has entered into a distinct post-political pattern; this is the age of “Pop Politics”.

Obama shifted the language of politics as much as its finances. McCain had to be a “maverick ” to even be worth considering. Nowadays candidates have to put on a great show, concert venues host high ticket price political speaker series (Michelle Obama speaking fees are multiples of  HRC’s), candidates “play”  stadiums, lines are out the door or around the block, and Trump rattles off his greatest hits (“lock her up” and “build the wall” are sing-along favorites). Unpredictability in politics, like misdirection in theater, is an asset. Opening speakers are direct support, groomed to one day sell out their own stadiums. And seeing your favorite politician play a show costs big, big, bigger than Broadway-size money; according to The Cheatsheet:

“If you wanted to attend a Trump event in Washington D.C. held at the Trump International Hotel in September, you’d have to spend $35,000 just to get into the dinner where Trump was scheduled to speak. A photo op cost $70,000 and entrance to a closed-door roundtable with the President cost $100,000.”

Meanwhile, musicians are shamed for “price gouging” fans who some say will “pay anything to see their legends”, and are being unfairly preyed upon by greedy artists.

But even when political rallies are free, merch sales are brisk. If you thought the Shepherd Fairey HOPE shirts designed for Obama were popular, how ’bout dem MAGA hats? Each one of those hats sells for $25, and in a sick twist of fate an estimated 80% of the workers in the Cali-Fame factory where the hats are made are of Latino descent. According to Trump’s people, “hundreds of thousands” of the hats have been sold. While Trump is prone to hyperbole ( and yes, that was understatement), that figure is altogether believable. It would not be surprising at all to think that Trump merchandise is on pace with Rolling Stones or KISS merch, particularly considering he’s only been hawking them for a few years. 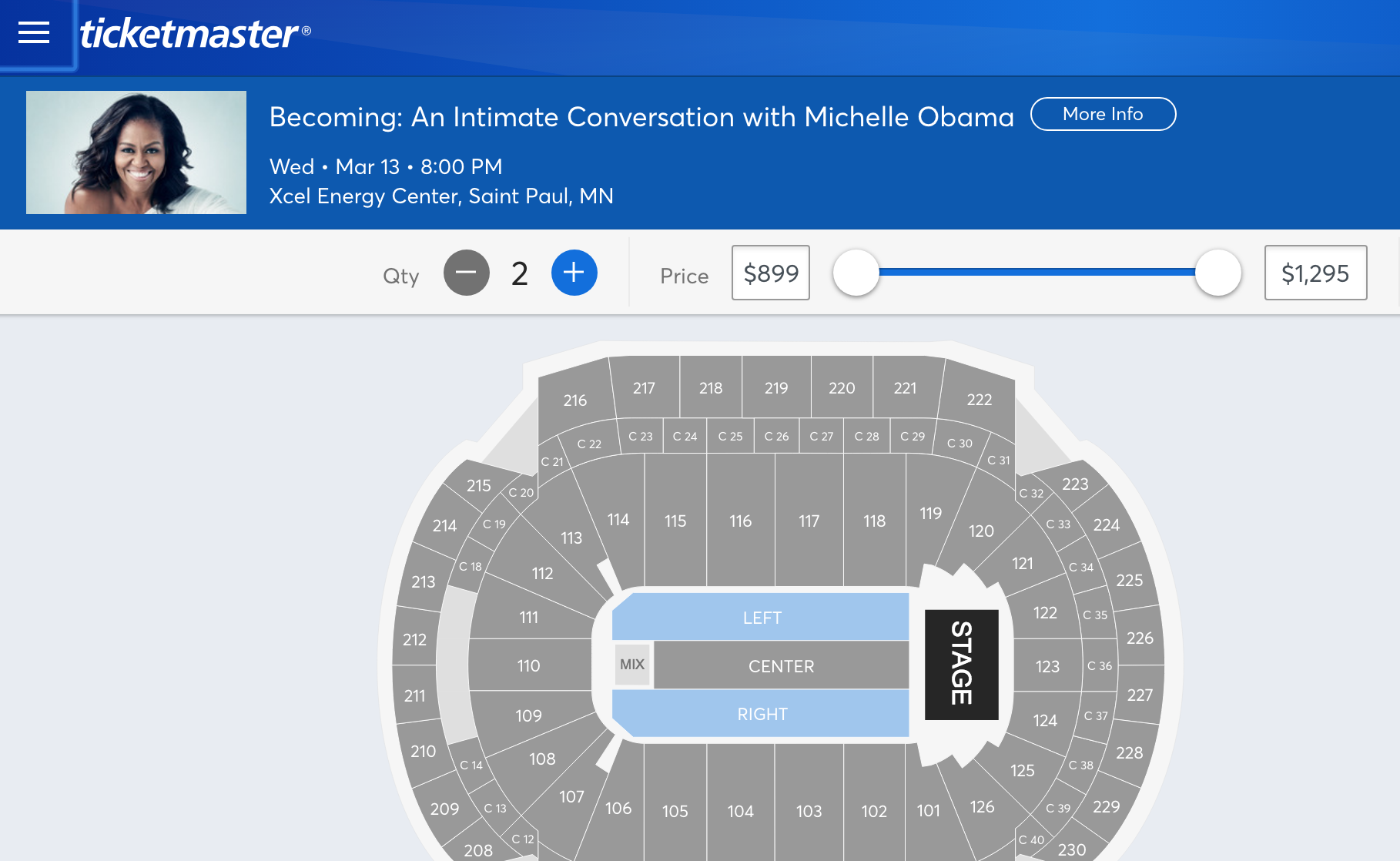 One could argue the era of Pop Politics began on the evening of June 3rd, 1992 when then Governor and Presidential candidate Bill Clinton played the saxophone on the Arsenio Hall Show. At that moment music and politics collided in a distinct way, and like the script of a lazy early 90’s era movie, the two arts switched bodies.

In the run up to the 1992 election, Clinton’s political team felt they needed to get in front of the people and they simply didn’t have enough money to campaign. For the Clinton campaign Late Night television, then a completely unserious, verboten platform for national politics, was more an act of desperation than inspiration. But senior advisers to Clinton also understood the power of music and the way culture could be used to shape candidates inexpensively.

The following interview from TV Insider was published 4 years ago:

Paul Begala (Clinton senior strategist): “When we got there, Arsenio looked at Clinton’s very boring striped tie and said “Man, you cannot wear that on my show.” Arsenio disappeared, came back, and gave Clinton some loud yellow tie. I reached into my pocket and pulled out my Ray-Ban Wayfarers and said, “Governor, you’ve got to wear my glasses.” He looked at [senior strategist James] Carville who said, “Governor, anything pre-Beatles, I decide. Anything post-Beatles, Paul decides. This is a post-Beatles call.” When Clinton quit laughing, he said, “All right. We’ll wear the glasses.” Those glasses, they became famous. I donated them to the Clinton library.

…”A lot of the mainstream media, the established Sunday show crowd, they were aghast and appalled. I’d say the more upset they were, the more we were sure we were right.”
Grunwald: “It was the end of one way of communicating with voters and the beginning of another. They just didn’t know that yet.”

Clinton’s new presentation used music as the frame for conveying “rock star” status on a candidate. The message itself pulled from pop art- it suggested that the way the message was made commercially viable was part and parcel to the product itself. It was the cheap marketing of late night TV that made Clinton more populist. These appropriations from art and music respectively created a new form of politician- which will soon give way to a new form of government, if not governing.

So what’d he play? “Heartbreak Hotel” and “God Bless The Child.” Bill was technically meh on the horn, but he killed anyway. And Bush had no chops, so Clinton became our 42nd POTUS.

Carville may reference The Beatles as the cultural Mason-Dixon Line of modernity, but those days are long gone. Today we barely hear traditional instruments in pop music, with EDM and Hip Hop dominating the marketshare of streams (not the top 40 charts). The distribution network (digital streaming) and the content (digital recordings) share much in common. Lead pipes, lead in the water. And our politicians  have more than trace amounts of the digital diaspora in their DNA. Trump has remarked that he’s “all alone”, with no band- oftentimes on Twitter. Just himself and a microphone, riffing for as much as 2 hours, as he did recently in a record setting long speech at CPAC, with not so much as a single note card (or coherent idea). He is the modern MC, rapping to the backing track of laughter, applause and boos, the major and minor swells peppered with the occasional suspended chords. For Trump, the rock classics that accompany his appearance, busting with
instrumentation and bravado, are, if anything nothing more than an audio cue for the audience-
his entrance, nostalgic appeals to a prior, more patriarchal and white, era – he’s messaging “the
past was great, remember it, vote for it”. This spoken word jam session approach is mesmerizing. And aside from a small population of hyper-talented jam bands, not even the most prodigious musicians would dare risk the tragedy of a public misstep at a show by entirely improvising a set. Quite simply, in 2019 our musicians are much, much more conservative than our politicians.

Playlist: “Hard Pass Mr. President” featuring all the songs artists have asked Trump NOT to play during his rallies can be found at the end of the article.

The history of politically motivated music is long, but certainly reached an inflection point during the counter-culture era of the 1960’s when music was used to protest the Vietnam War. Musicians used their celebrity to raise awareness and influence popular culture, changing how people felt about their government. It seems that in 2019, it is the politicians themselves who we expect to operate as agitators and influencers, and we expect they will accomplish this by employing tactics historically reserved for entertainers, not politicians. “Bad behavior”, from cursing, making flippant/unpolitically correct comments, ridiculing adversaries, or even past bad behavior- like smoking marijuana in college or extra marital affairs before (or during) office, are viewed as less damaging or even positive, humanizing events for candidates. Meanwhile the suggestion that Jay-Z and Beyoncé may have waded into the waters of infidelity created a stir worthy of a “60 Minutes” style interview, covered not by tabloids, but by mainstream media outlets. Even the way Beyoncé’s fans address her- as “a Goddamn Queen” admits the role musicians play in the Pop Politics ecosystem. Musicians are expected to be dignitaries, leaders, morally guiding forces in society. Politicians…maybe? The Polito-Muso-body swap is very, very real. Kanye West, for his part, continues to sport the red “MAGA” hat, which has been equated to a modern-day red klan hood. This act, it would seem, is beyond the pale, an impossible trespass beyond the realm of decency expected of a musician. Simultaneously, Virginia Governor Ralph Northam, who in 1984  posed for a photo in blackface alongside another man in KKK garb, is still in office.

When asked about a potential presidential run in mid-2018, Kanye West’s wife Kim Kardashian said “Never say never”, which operated as both a reminder that the highest office in the land was already occupied by a different reality tv star, as well as a harbinger of things to come. Katy Perry, Cher and Kanye have all teased the idea of running already, and Wyclef Jean formally filed for candidacy to become the president of his homeland, Haiti, only to be disqualified for having not permanently resided there for the prior 5 years. Many believe he would have won there; still others believe he could win in the United States now. All this alights the imagination, expanding the realm of possibility beyond anything a pre-Clinton American could have ever dreamed possible, and altering the topography of politics as we know it. When once kids dreamed of playing their music to an audience of rapt fans, today’s rock stars are considering their acceptance speech. But with almost all change there is good and bad to be found, and such is likely the case with the celebrity-politics paradigm. Afterall, if a talent suck pulls all the musicians towards politics, who will make all the wonderful music? 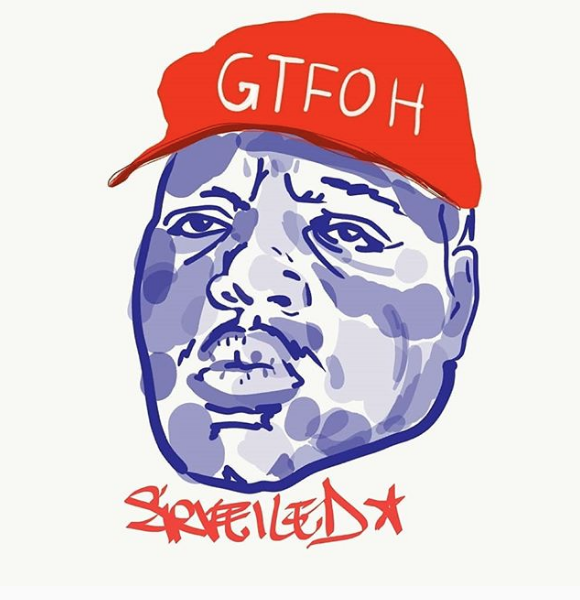