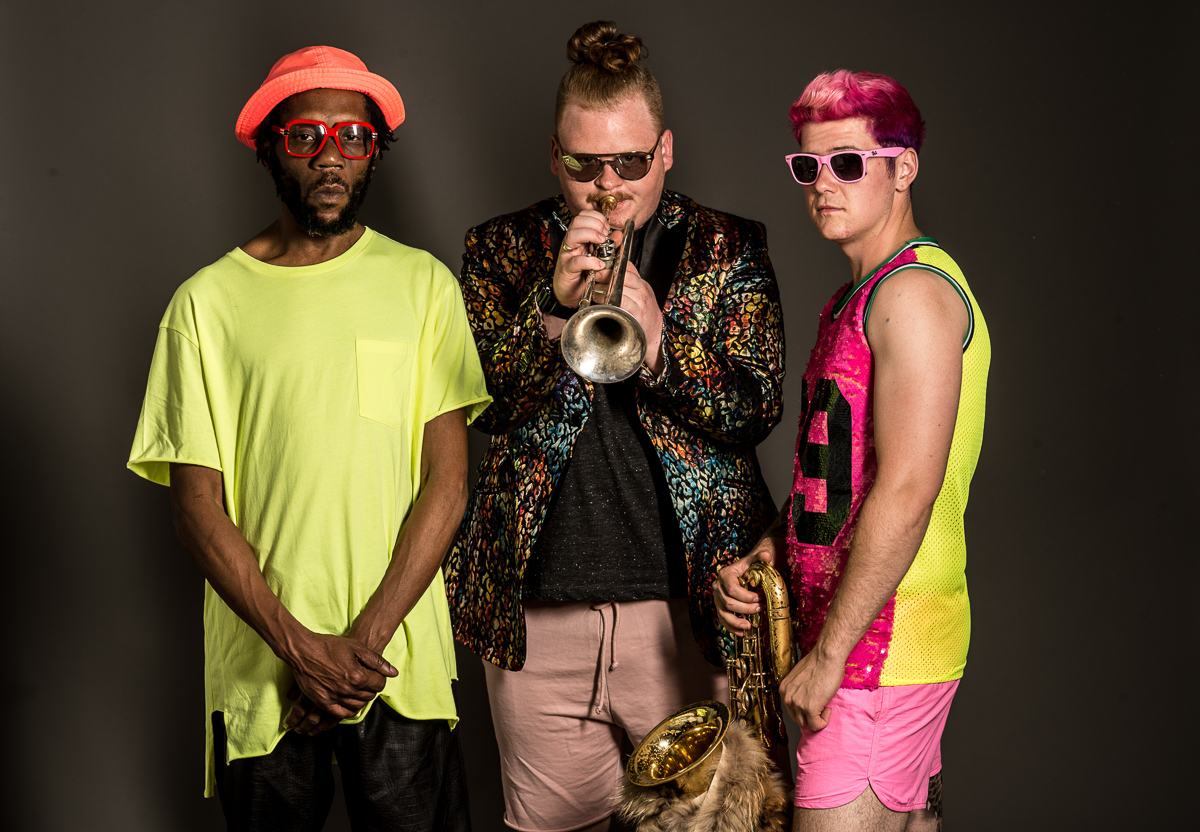 Whether they’re inside the subway stations of the big apple or on the main stage alongside Beyonce at the CMAs, jazz trio Too Many Zooz is one group that’s been hard to miss over the past few years. The group first rose to fame after a youtube recording of their set went viral back in 2014, and since then have been storming through stages across the country with their improv-heavy, vibrant brass sound. Now, the group is hitting the road for their new ‘June Arcade’ tour, with stops in cities such as D.C, Philadelphia, and NYC.

We spoke with saxophonist Leo Pellegrino, in an exclusive interview to talk about the group’s origins, busking, and his love for DJ Diplo.  Check it out below:

Q: Let’s start out with the whole history regarding your musical background and how you got involved with Too Many Zoos. I noticed when the group first started, you all were doing a lot of busking on the subway. How did that whole concept come to be?

A: The ‘King of Sludge’, who’s our drummer, and I first used to busk together in the subway with this group called The Dramatics. That’s a band that’s been together maybe eight to ten years, and we played with a permit.

Then when we first started playing together as Too Many Zooz, it was more of a renegade thing. One day Sludge was like, “I’m gonna start playing extra hits off permit.” ‘Hits’ are our slang for playing in the subway.

He said, “Whoever wants to hit tomorrow, meet me at 10 am, just to make little extra cash.” And I was the only person that showed up. The instant form of the band was just me and the King of Sludge at first, and then his son was the third member for a while until he went back to school in Portland.  After that, we brought in Matt “Doe”, our trumpet player, just due to hanging out with me and being my close friend at Manhattan School of Music. It was just kind of like, “Oh you happen to be in my apartment and you have your trumpet. You wanna come play with us?” And then the first time we played together it was like, “Oh this is cool, let’s do this tomorrow. All right let’s do it again the next day, and so on.” It just all fell into place from there.

Q: When describing your sound a lot of people throw around the phrase, ‘brass house.’ What do you think about that term?

A: King of Sludge came up with the term ‘brass house.’ We all like it because it’s just a word that we can say that can describe what it is because it’s hard to otherwise. Where I think it’s weird is that there are all these kids and other random people are just like, “Hey this is brass house.” And we’re like, “Oh well, we kind of have this definition in our head that we can’t explain. We don’t really think that’s brass house, but we don’t want to stop you from having fun and calling it that.”

A: As far as influences, a big influence would be when we’ve used reference tracks before, a lot of times, we do work on songs that Diplo has produced, and his various things, like Major Lazer or Jack U. But we just think that kind of collectively, that when it comes to one of the things that we like about our music is these builds, and climbs that EDM has. We try to stay in tune with that. So as a group if we’re going to use a reference track, it’s usually something that was produced by Diplo, because we really just like the kind of music he produces.

Q: During live performances you’ve been known for having some pretty awesome dance moves, I remember I saw you guys back at the TLA when you guys were opening for Moon Taxi and that was the first thing that I noticed. Is that something that you always wanted to incorporate?

A: Yeah, growing up my teachers told me not to move a lot because it was going to mess up my ability play saxophone. So I kind of actually shy away from it, because I always moved more than the average person while playing. But then, actually, it wasn’t until I started playing in the subway where I was like, “Oh wow, people love me dancing. And they’re giving me more money. And they don’t care if maybe I mess up a little bit more often.”

Q: As far as any advice that you would have for people who want to become a musician or want to have the same kind of career ambitions as you, what tips would you have for anybody out there?

A: My personal advice would be to find something that you love that you’re good at, and work on it really hard. And don’t like trip about making something because you think it’s going to be popular. That’s something I would advise against. I think it’s more important about loving it and being good at it.

Q: Are you guy working on any future project or is there anything coming out that we should keep an eye out for?

A: We have some music that hasn’t been released. Right now we’re just pushing this single in the UK. It’s like Warriors, but it’s a house produced track by this producer KDA. It’s doing pretty well right now. It’s in the top 35 iTunes dance charts and top 15 dance charts for the UK billboard.

Too Many Zooz are on tour now and are set to play Philadelphia’s Foundry venue this Friday!

Tickets for this show are available HERE!