Bryan LaskyDaily DMNDShow CoverageTransmissions
Watching Joshua Homme onstage is a site to be hold. The man is just taken by the music every second he is on stage. From the sauntering dance he did before launching into the opening “If I Had a Tail” all the way through throwing his bottle of tequila during closing “A Song for the Dead”, the man is a living breathing rock star. The rest of the band is nothing to sneeze at either. Jon Theodore pounded the drums ferociously the entire time, including two separate drums solos. Troy Van Leeuwen seemed to play every guitar and instrument known to man throughout the night. Michael Shuman bounded abound the stage with his bass with little to no abandonment and Dean Fertita switched between keys and guitars and made some of the spookiest sounds all evening.
Josh was very talkative during the show. After ripping through the first seven songs, he welcomed us to the show, saying anything can happen on a Saturday night including remembering shows from yesteryear at The Middle East. He stressed how we all need to take care of one another and also live in the present. The past is the past and the future is always five minutes away. If we live in the now we can enjoy everything that life has to give us. In the spirit of living in the now, he shared some of his tequila with the crowd and unexpectedly was given it back. Upon this happening he saw a man in the crowd with a flask and called himself a working alcoholic. The exchange didn’t stop there with Josh saying it was his long lost brother. This devolved into telling the crowd it was his long lost brother and he’s glad he made it out of jail. He then sang him a love song, “I Sat By the Ocean”.
“Make It Wit Chu” became a call and response between Josh and the crowd. He first had the women sing the chours back to him, but wasn’t satisfied the first few takes. When he finally got what he wanted he said don’t be afraid, you just have to let loose like that all the time. From there the men sang the chorus and after one time he said you know I kind of want to make it with you guys too. The sense of camaraderie in the arena throughout the evening traveled from person to person in the smiles that were exchanged constantly between show goers whether they knew one another or not. A rousing encore break where the crowd didn’t let up for about five minutes was amazing to witness. To see a band in today’s concert world getting a true call back to come out for some more music is rare. To start the encore Josh even gave a fan near the front what they wanted in a requested song from earlier in the set with “I Think I Lost My Headache”.
Starting off the night was Royal Blood who played a short but solid set. The crowd was definitely looking for their singles though and responded much more to those than the other songs the band played. It’s amazing how much noise and music two guys can make. These guys have been touring non-stop the last few years and it shows in how they conduct themselves on stage. Another fun note was another set of two guys who took in the whole evening from the side of the stage, Slash and Duff McKagan, who were in town for a show the following night with a little band called Guns N’ Roses. 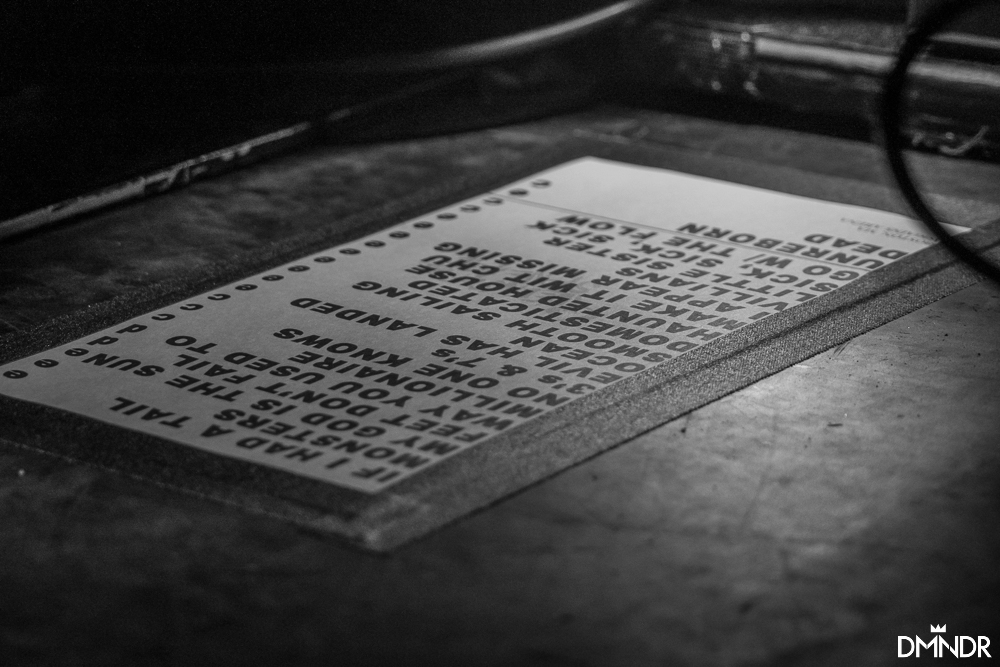 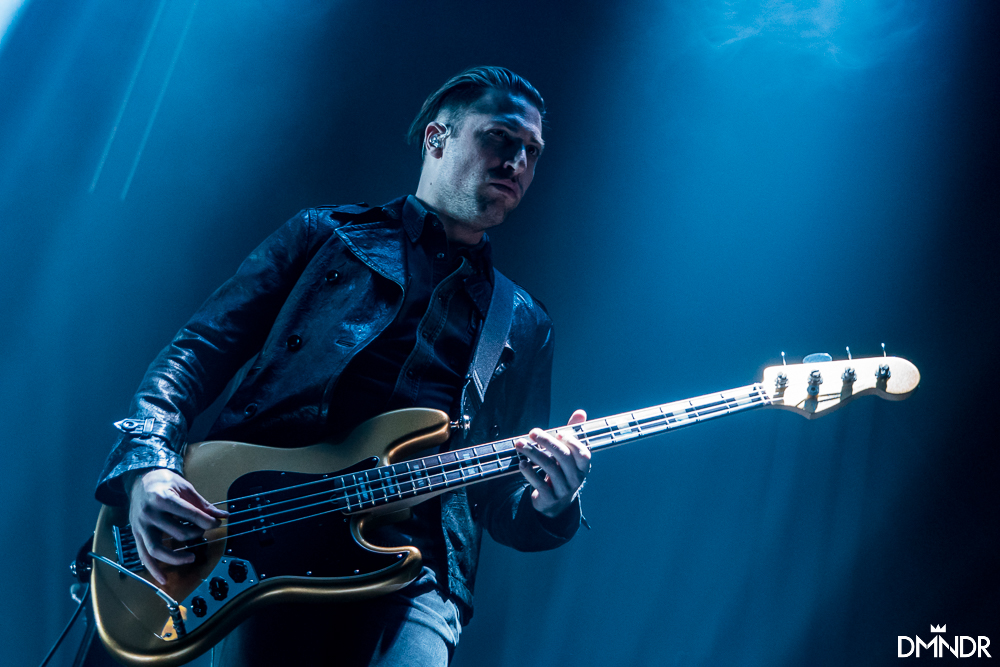 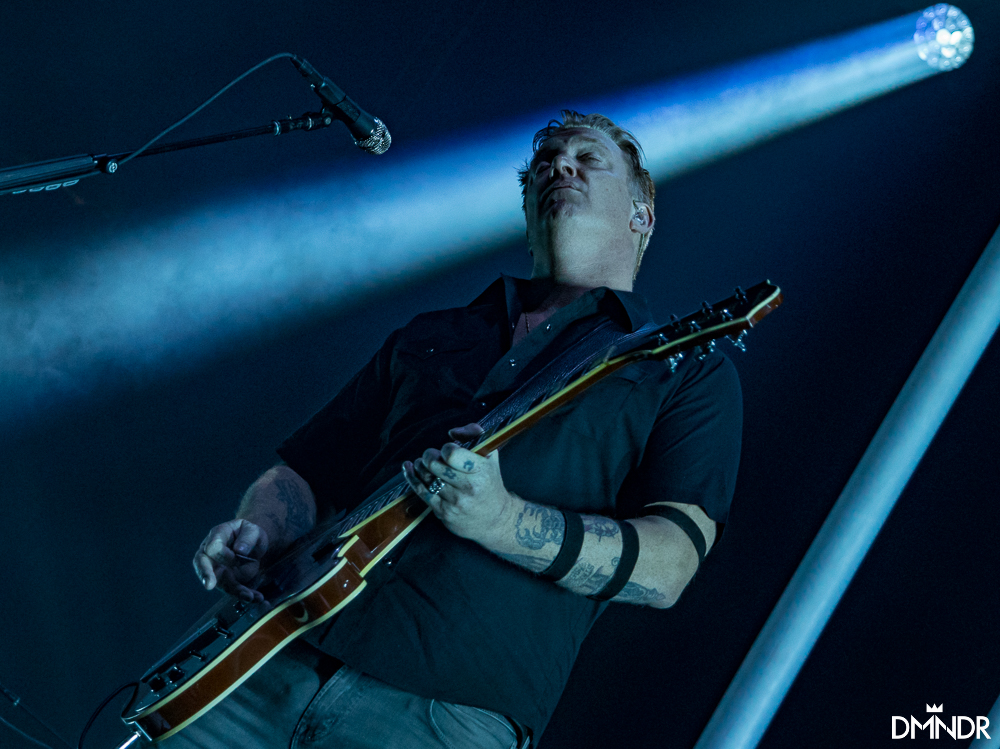 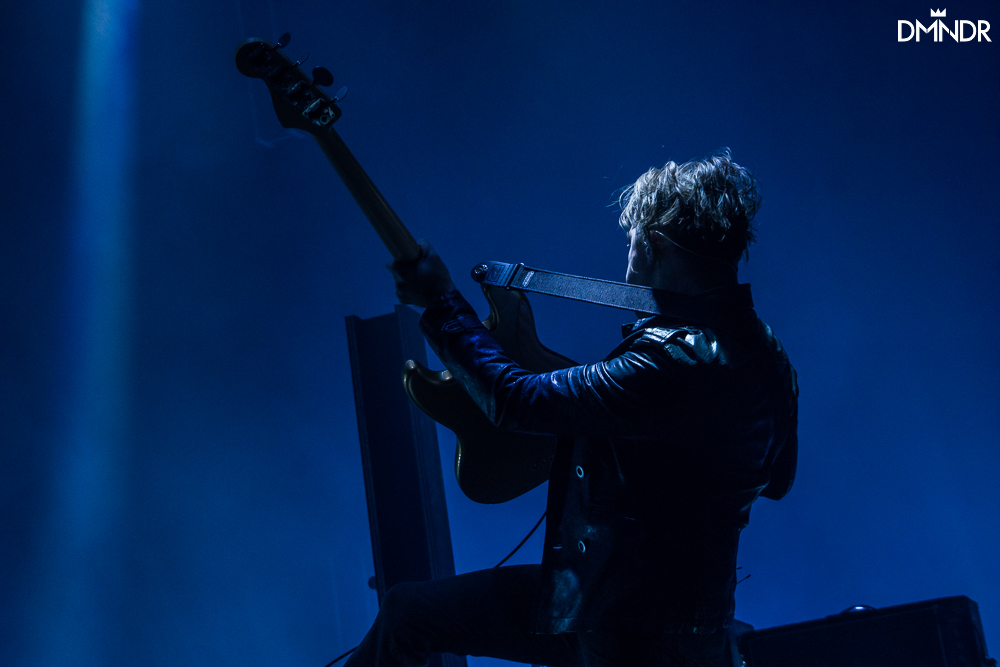 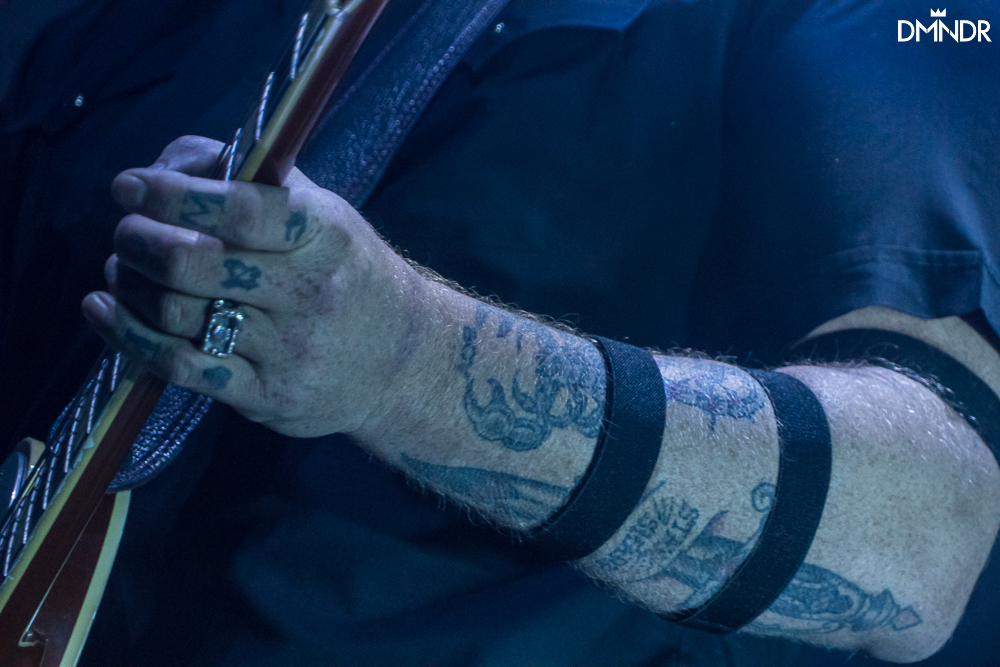 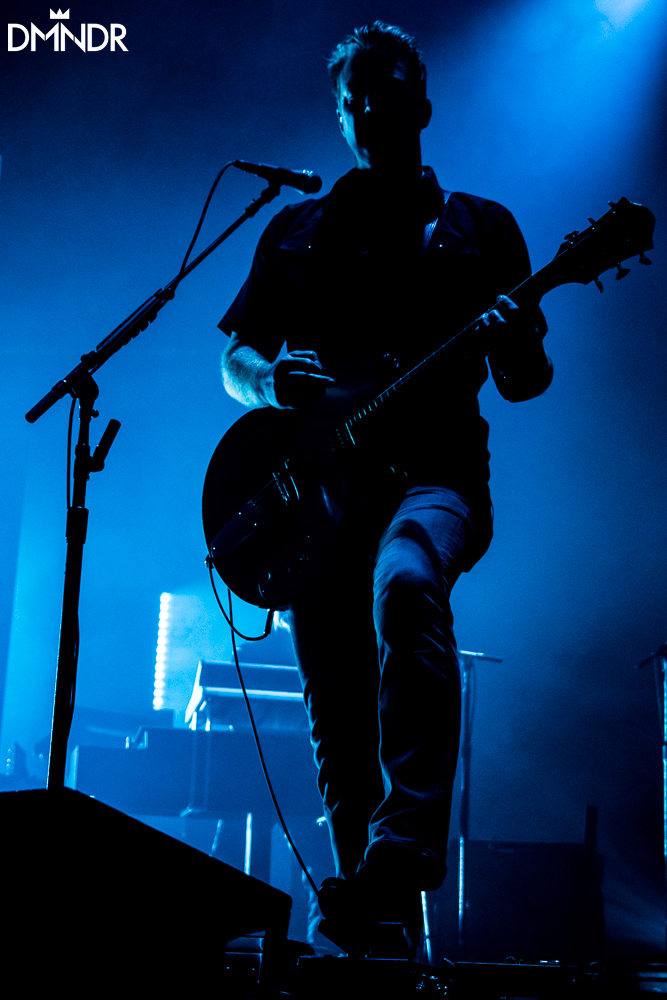 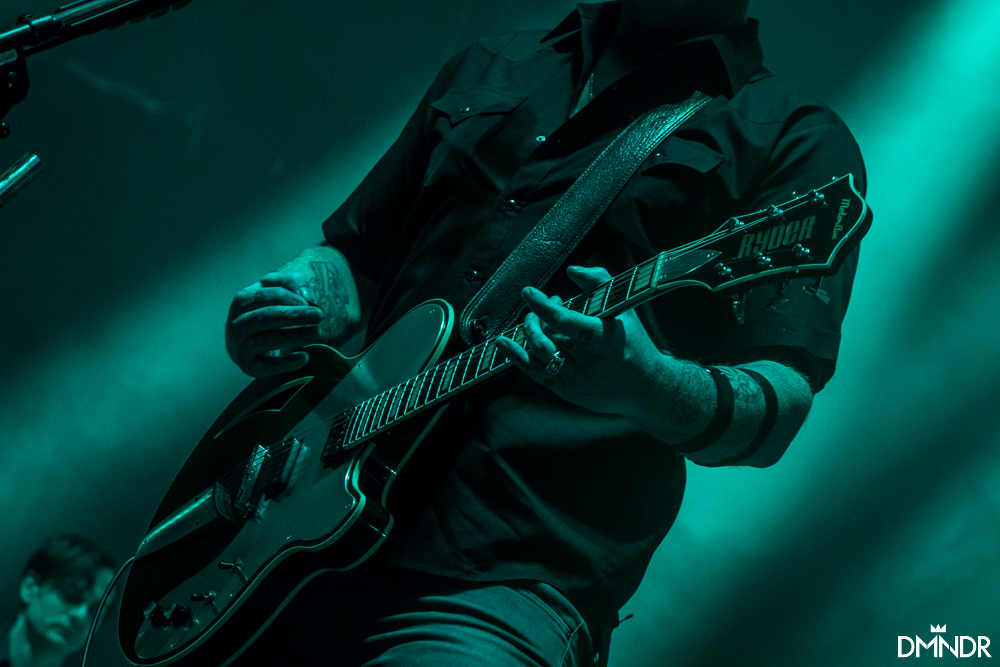 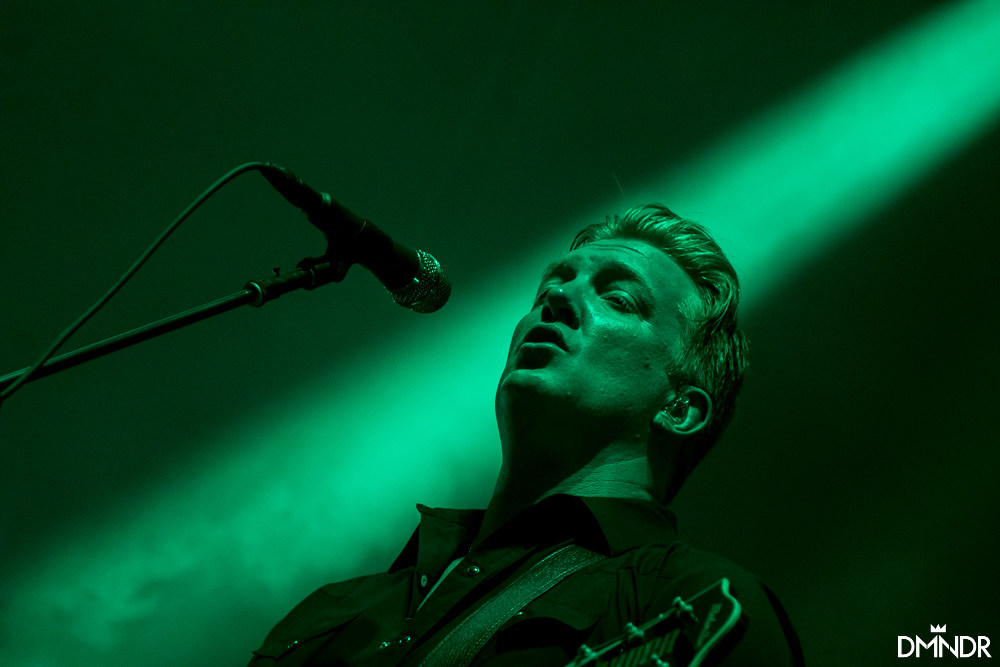 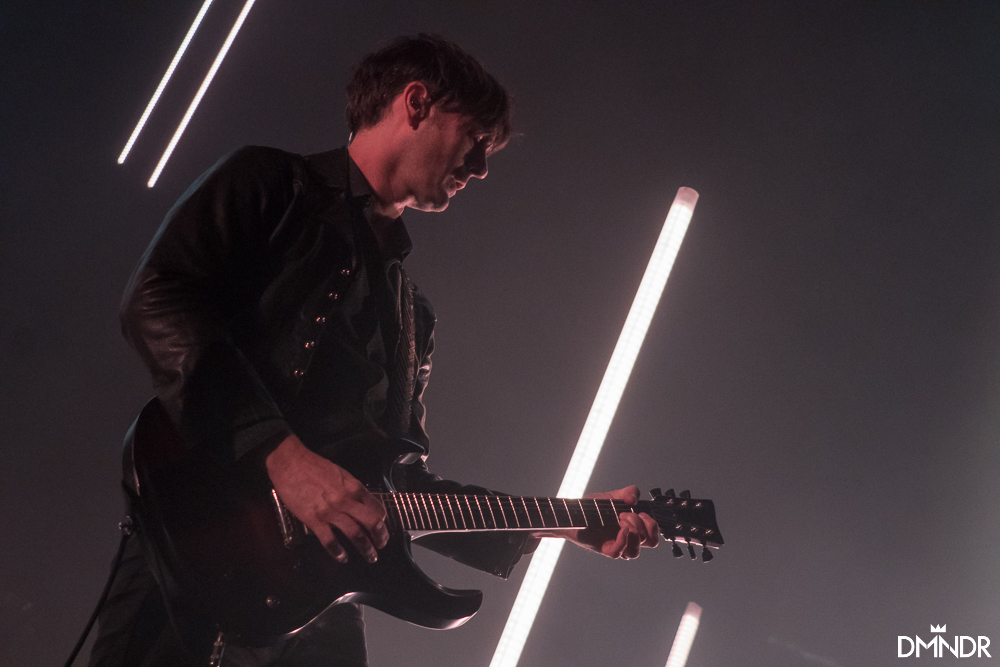 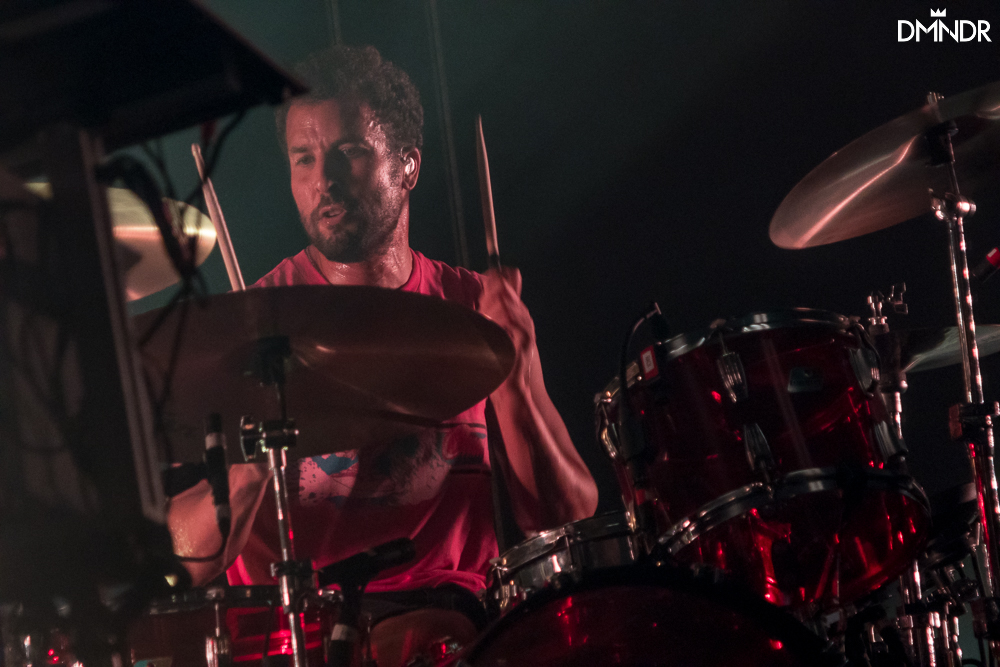 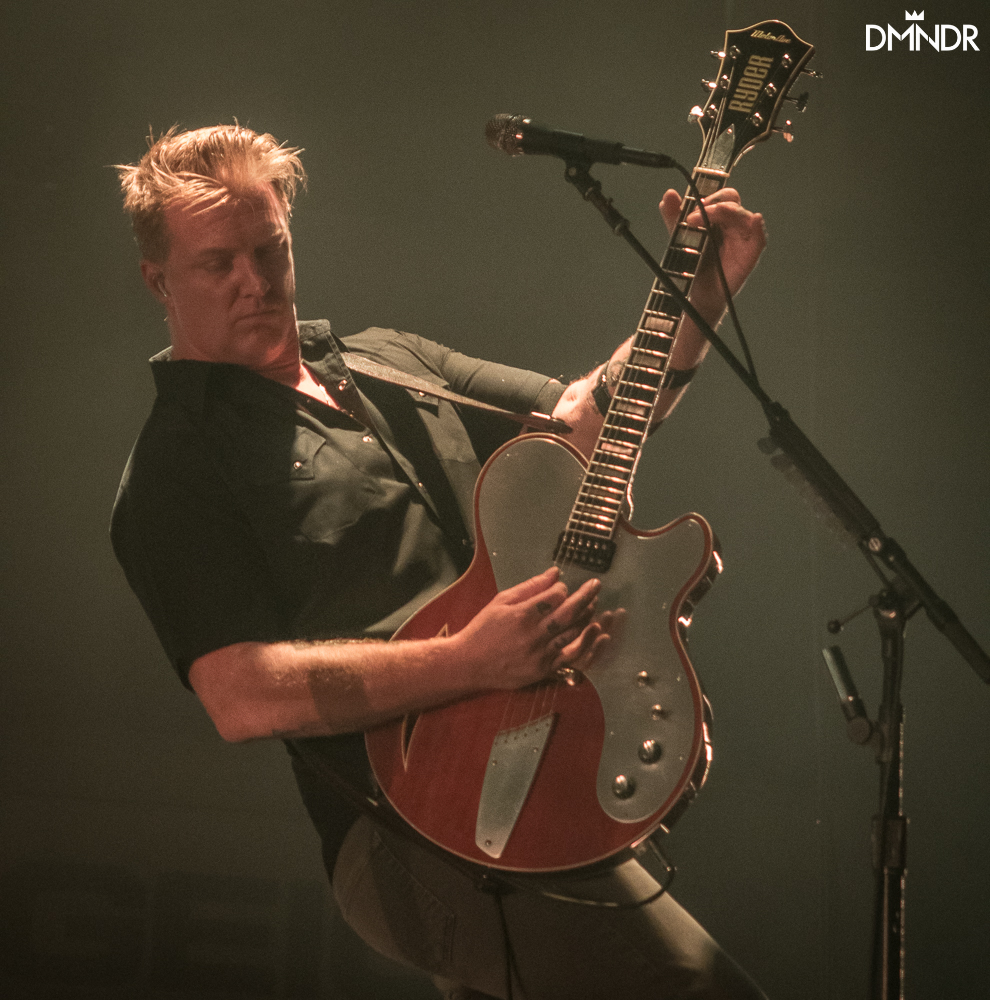 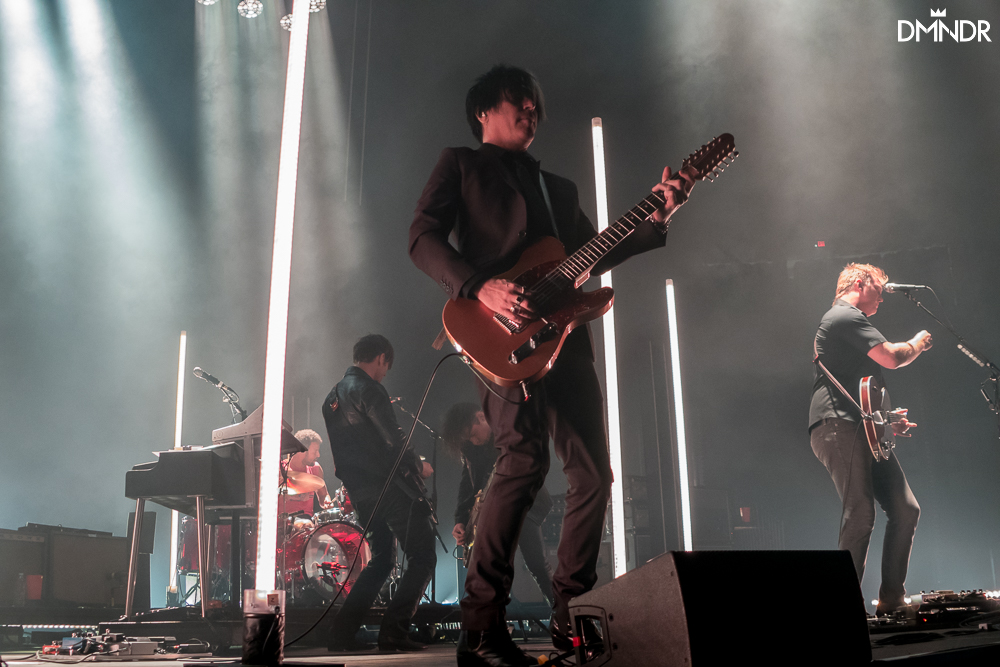 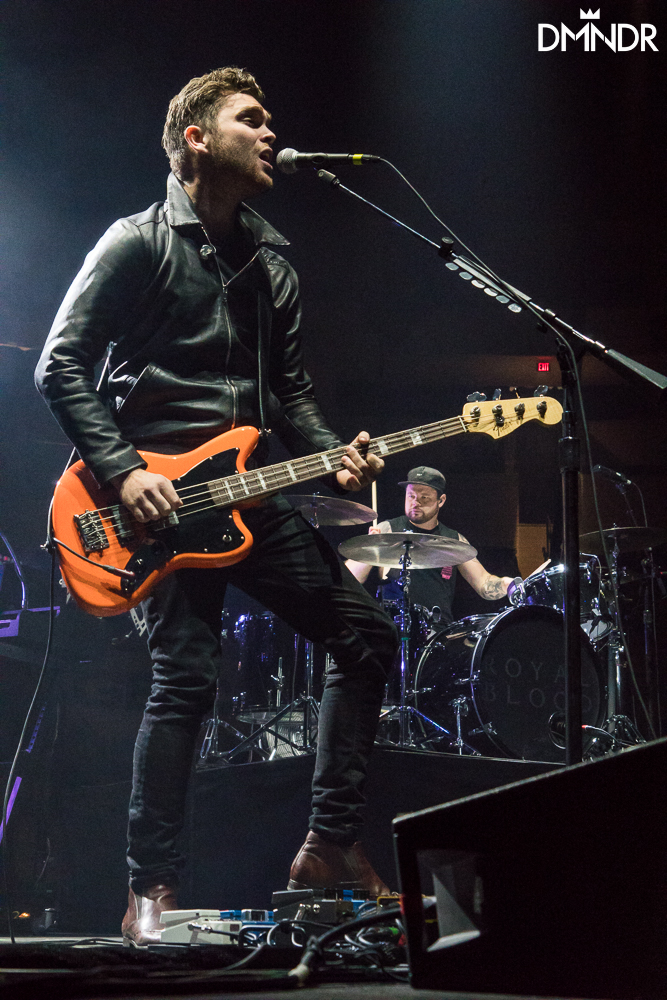 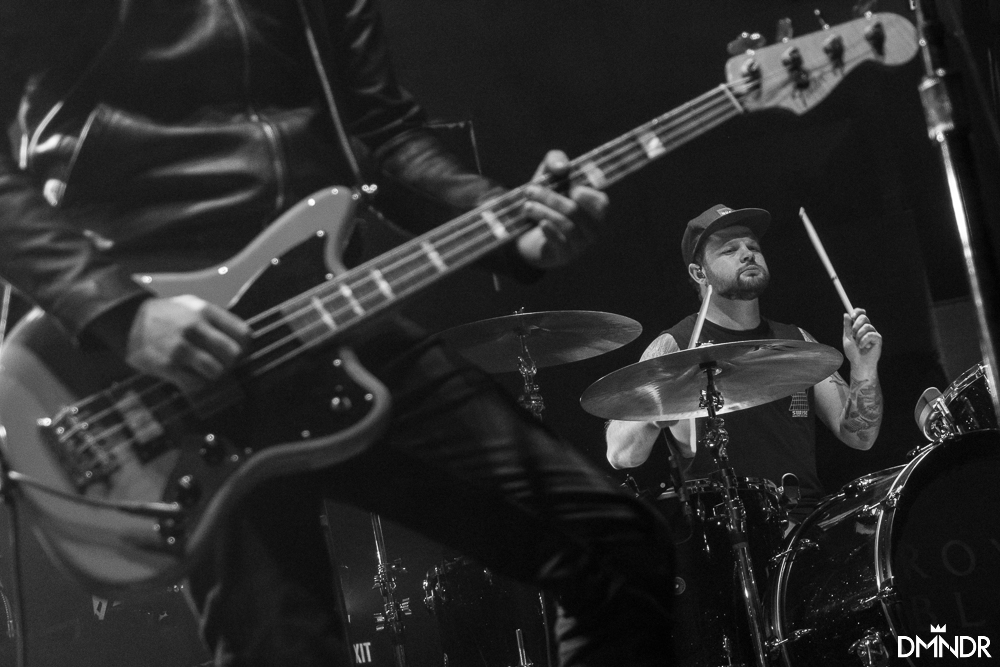 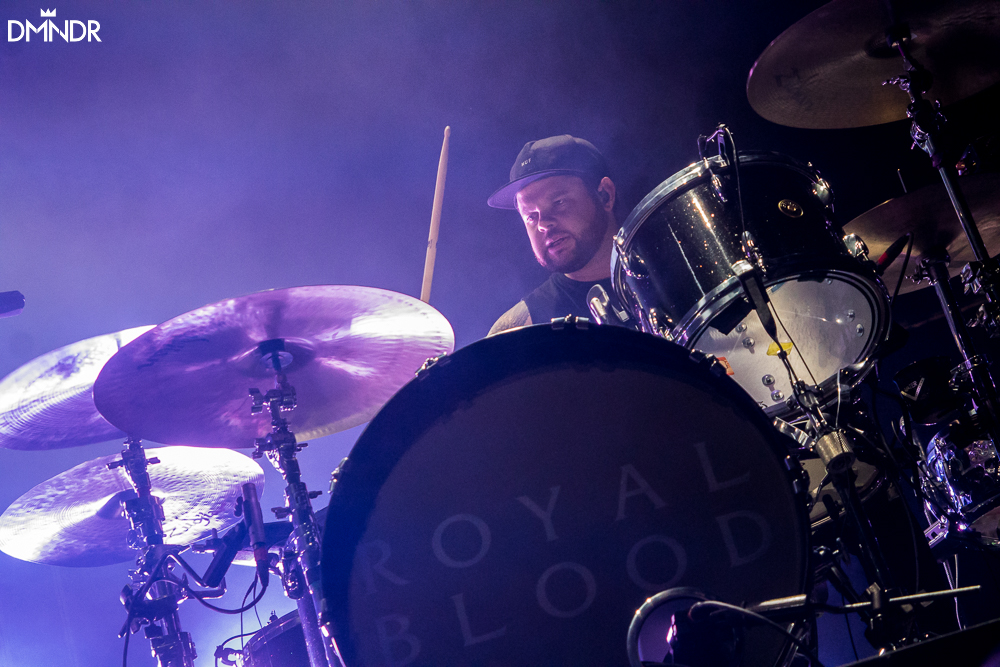 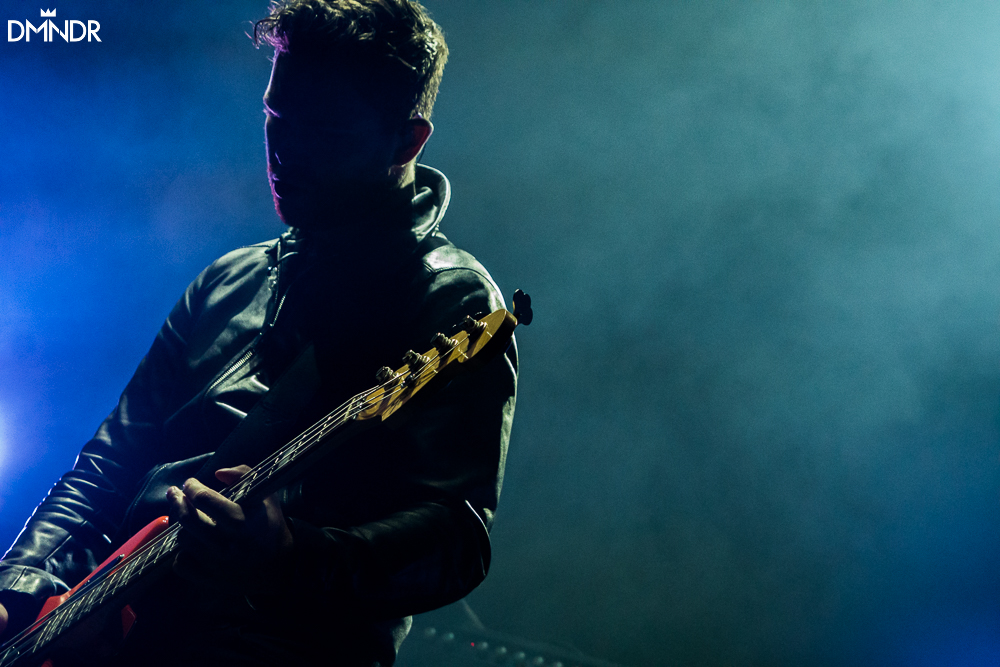 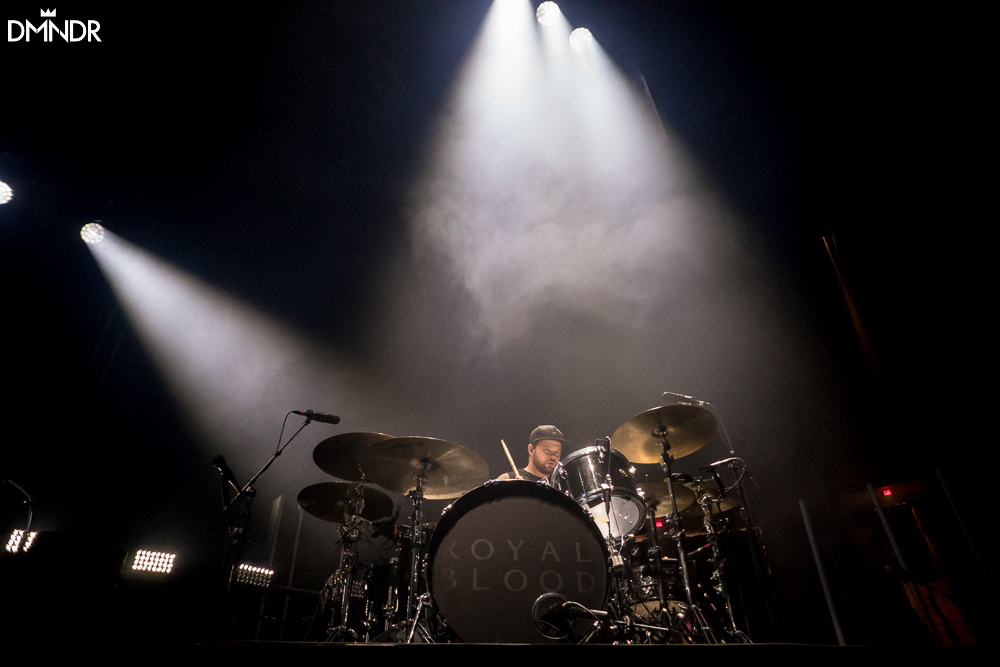 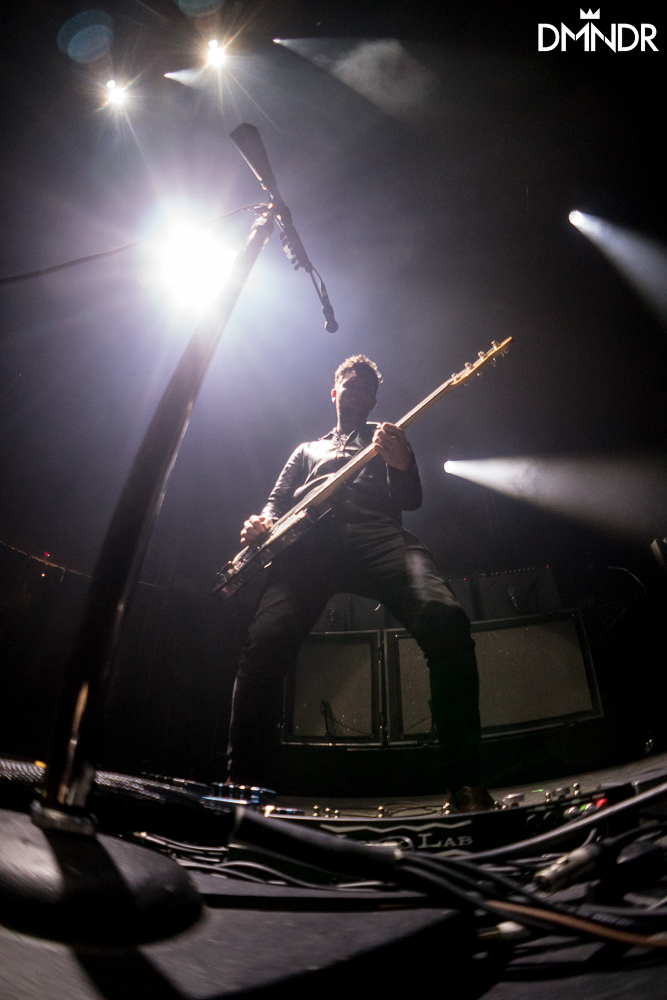 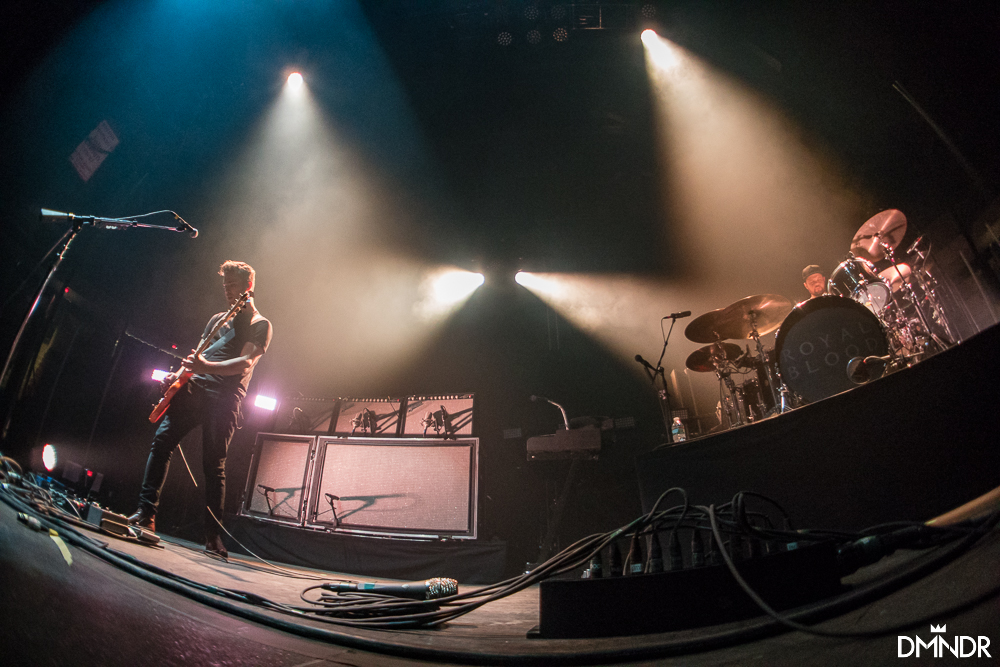 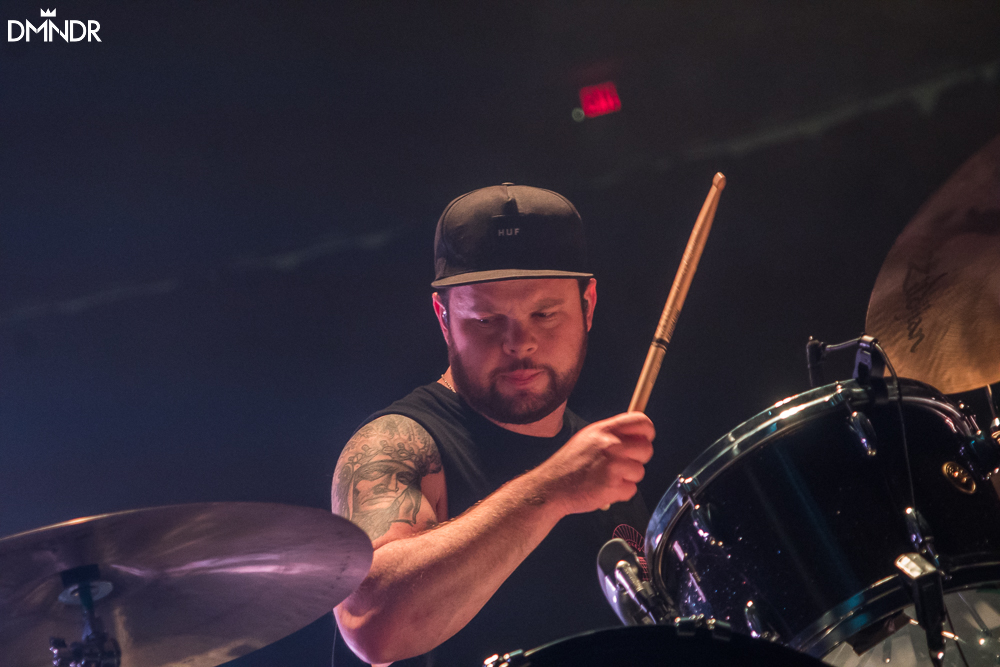 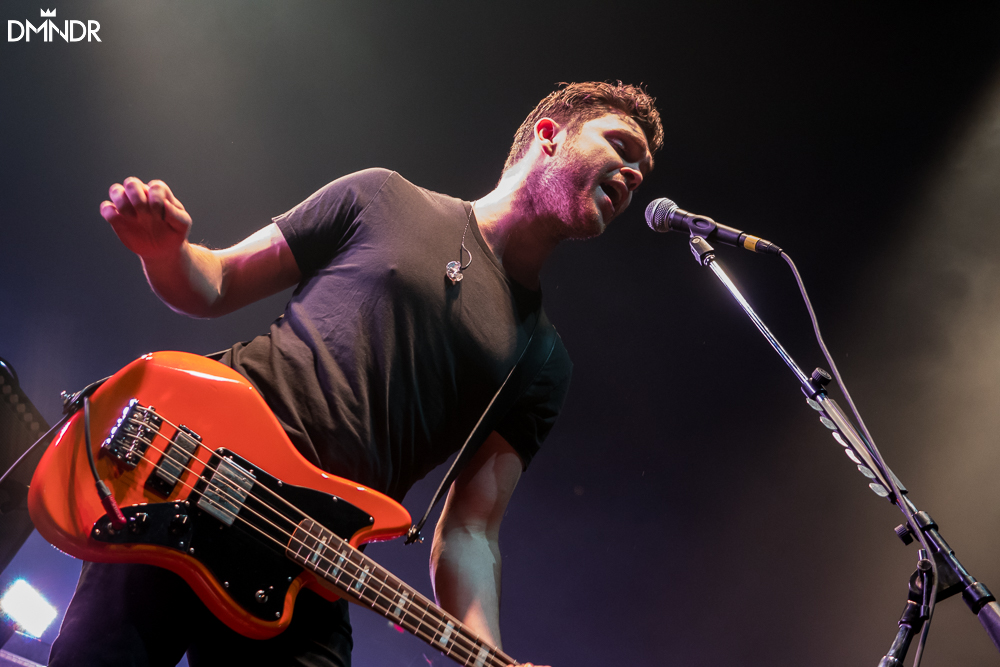