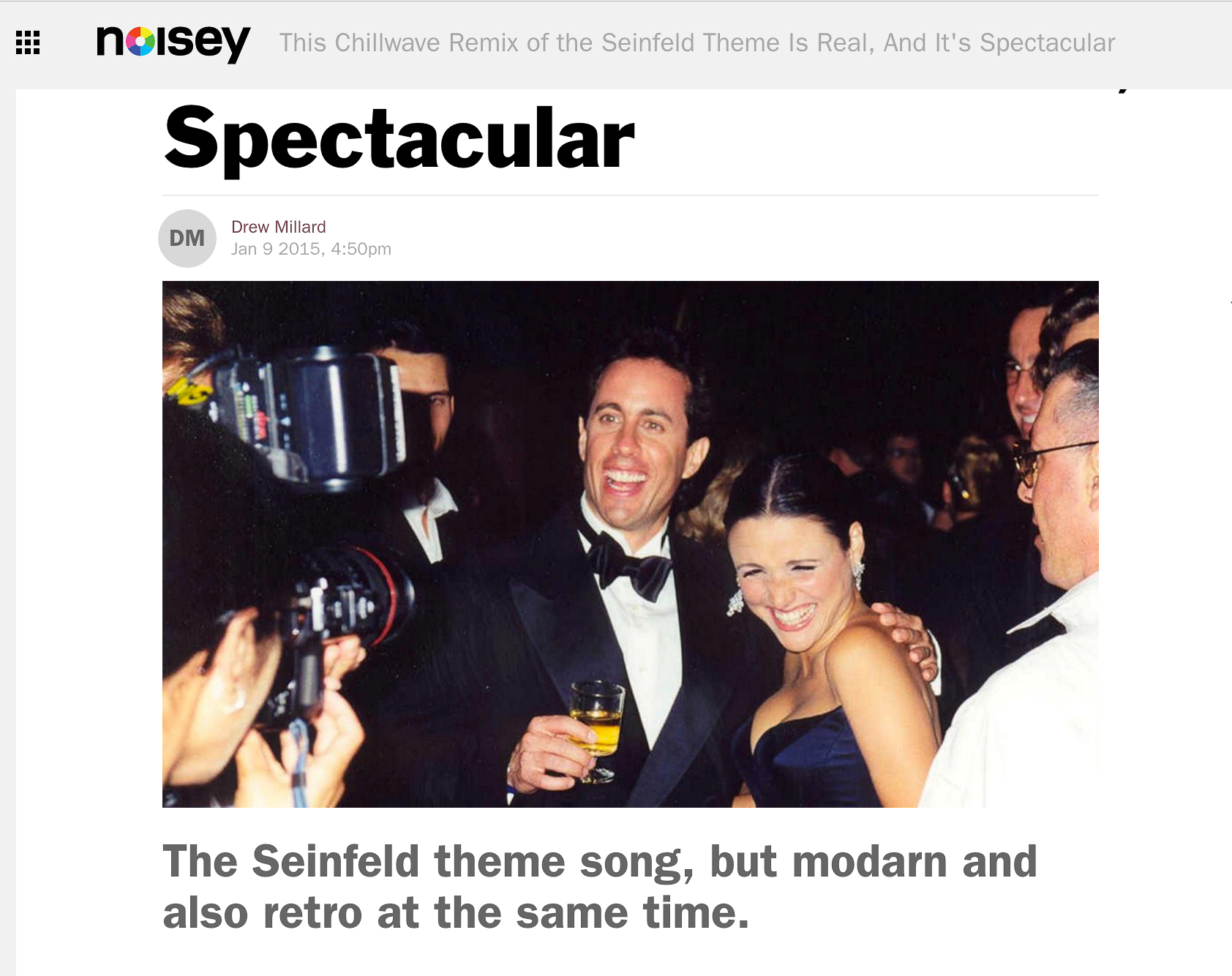 There I was, minding my own not-a-fucking Millennial-business, when Noisey appeared on my mom’s social media network of choice, Facebook. They said the Seinfeld theme song was remixed and it was:

“Oh shit”, I thought. That sounds unlikely. So I clicked their hokey link and listened to the remix which was, you guessed it, not quite what I would call chillwave, not really a remix, and definitely terrible. I let the terrible track score my reading of the typically teleiophilia-tinged, 90’s fellating, content soup prevalent on the “let’s get the under 30 market sewed up” media circuit and thought to myself “do words like spectacular hold any meaning whatsoever anymore?”. NOTE: Go ahead and  look up teleiophilia, even if you’ll never be able to shorten it into a truly useful or accurate emoji.

So, I’m left with two important take aways here. First, chillwave as a genre is undefined, characteristically uncharacteristic and usually, safely sanitary. Do I like chillwave? I actually thought I did, despite the many casualties bearing it’s #HashtagOnSoundcloud; until I heard someone take shitty elevator music and somehow substantially dilute and worsen it sonically by obliquely referencing a 20 year old sitcom soundtrack. Second, the world needs to hold some modicum of respect for the intent and meaning of words, particularly adjectives. Spectacular does not mean “totally unimpressive, not even bad enough to warrant remark, however innocuous and unlikely to cause bodily harm”. Oatmeal isn’t spectacular. Neither is water. Unless it’s self purifying and plays the piano. That track doesn’t even deserve an article, let alone a second article denouncing the first (sorry, world), and again I assure you that it for sure is not spectacular.  So congrats Noisey, you’ve correctly identified how “hot Seinfeld is right now” and got someone to turn the Cost-Per-Click meter over for another $.03. You’ve also written the best ever Chillwave eulogy- it’ll be laughed about for years.