After a year and a half, Run the Jewels returned to Portland with a powerful performance.

A sold-out Monday night performance at the Crystal Ballroom in Portland, Oregon was packed with an ecstatic crowd eagerly anticipating the one and only Run the Jewels. The last time they had made an appearance in Portland was during the second annual Project Pabst festival in the summer of 2015. Since then, it seems like the duo has been touring nearly non-stop while simultaneously recording their now highly acclaimed latest release, RTJ3.

Openers for the evening included former Three 6 Mafia member, Gangsta Boo and producer/DJ, The Gaslamp Killer. Gangsta Boo got the crowd hyped with classics like ‘Where the Dollas At’ and even brought a fan on stage for an impromptu freestyle battle. William Benjamin Bensussen of GLK, who hadn’t performed in Portland in five years also stirred up the energy with frantic dubstep-like beats that sounded like a mixture of hip hop and video games.

At about the 10:15 mark, prior to the lights even dimming, the crowd had already begun chanting “R-T-J!” and thus DJ Trackstar made his way to the stage. While the opening verse to Queen’s “We Are the Champions” played, DJ Trackstar demanded the screaming crowd to throw up the emblematic pistol and fist gesture, receiving a prompt response and even louder roaring as Killer Mike and El-P took the stage with big smiles plastered on their faces. Jumping right into RTJ3, the duo opened their set with the latest hits ‘Talk to Me,’ ‘Legend Has It’ and ‘Call Ticketron’ before taking the crowd back to RTJ2 bangers ‘Blockbuster Night, Part 1’ and ‘Oh My Darling Don’t Cry.’ The crowd went wild singing along loudly to both verses and refrains.

Unsurprisingly, the politically-charged duo expressed their disgust for the nation’s current administration, but also stressed the importance of staying hopeful while regularly injecting much needed humor in this dark period. El-P even joked about leaving RTJ to pursue a solo poetry career saying he had a preference for ‘incense and finger snaps’ and would be touring coffeeshops.

One of the highlights was when Gangsta Boo returned to the stage to sing her verse on “Love Again (Akinyele Back),” from RTJ2. This was followed by both Killer Mike and El-P proclaiming female empowerment and repeatedly yelling “pussy is power!”

What is probably the most captivating quality of Run the Jewels is their ability to seamlessly shift back and forth between serious and humorous themes while keeping their audience in a continuous frenzy. There was no dull moment during the entire set. As the evening was coming to a close, the fans demanded an encore with yet another repetitive chorus of “R-T-J!” this time seemingly louder than the first. The duo returned to the stage delivering a fiery final performance of ‘Close Your Eyes (and count to fuck)’ to a sweaty sea of dedicated unwearied fans. Nearly two-thirds of the way through their Run the World Tour, Killer Mike and El-P showed no signs of winding down and left the crowd with only anticipation for what may be in store for the rest of the year. 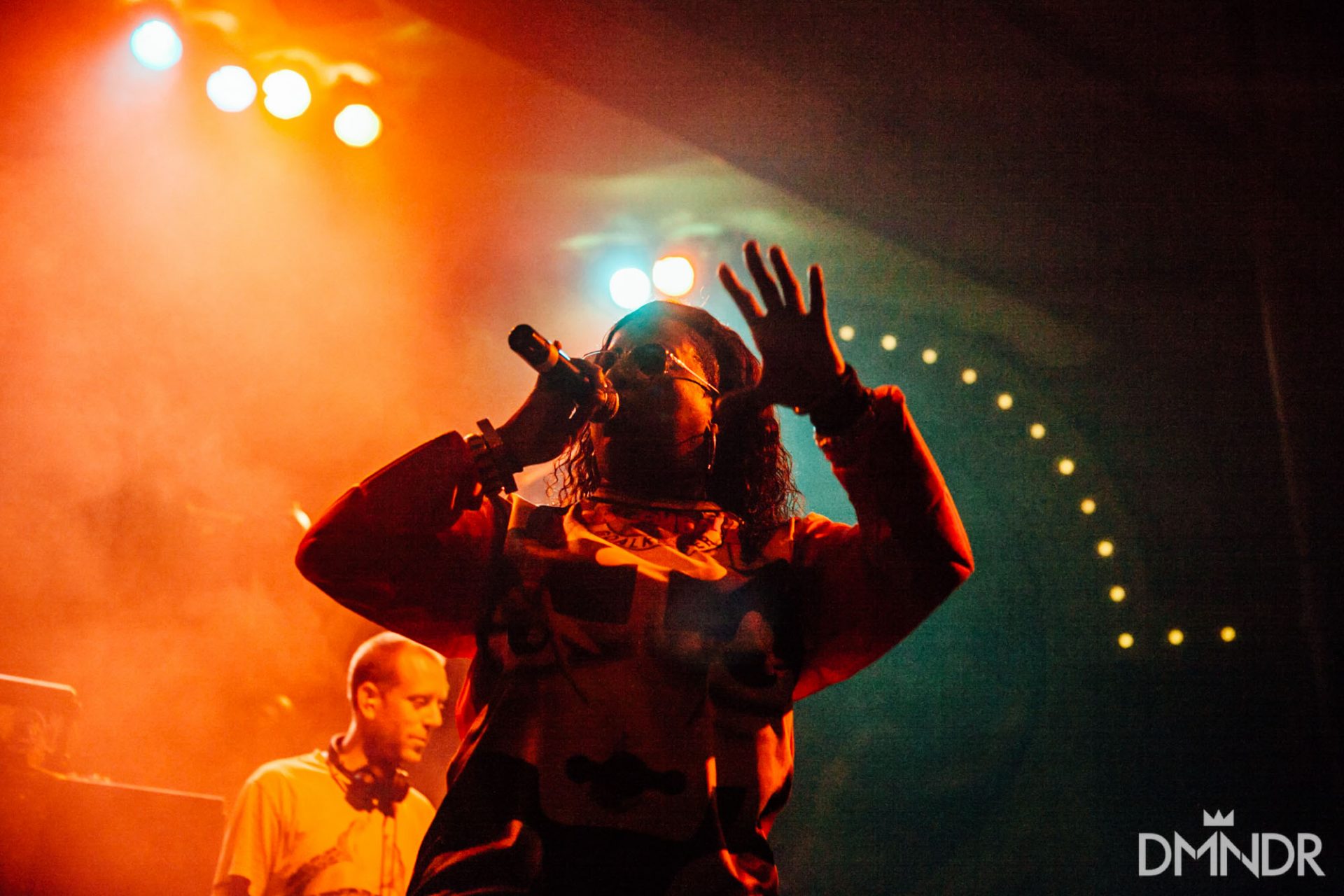 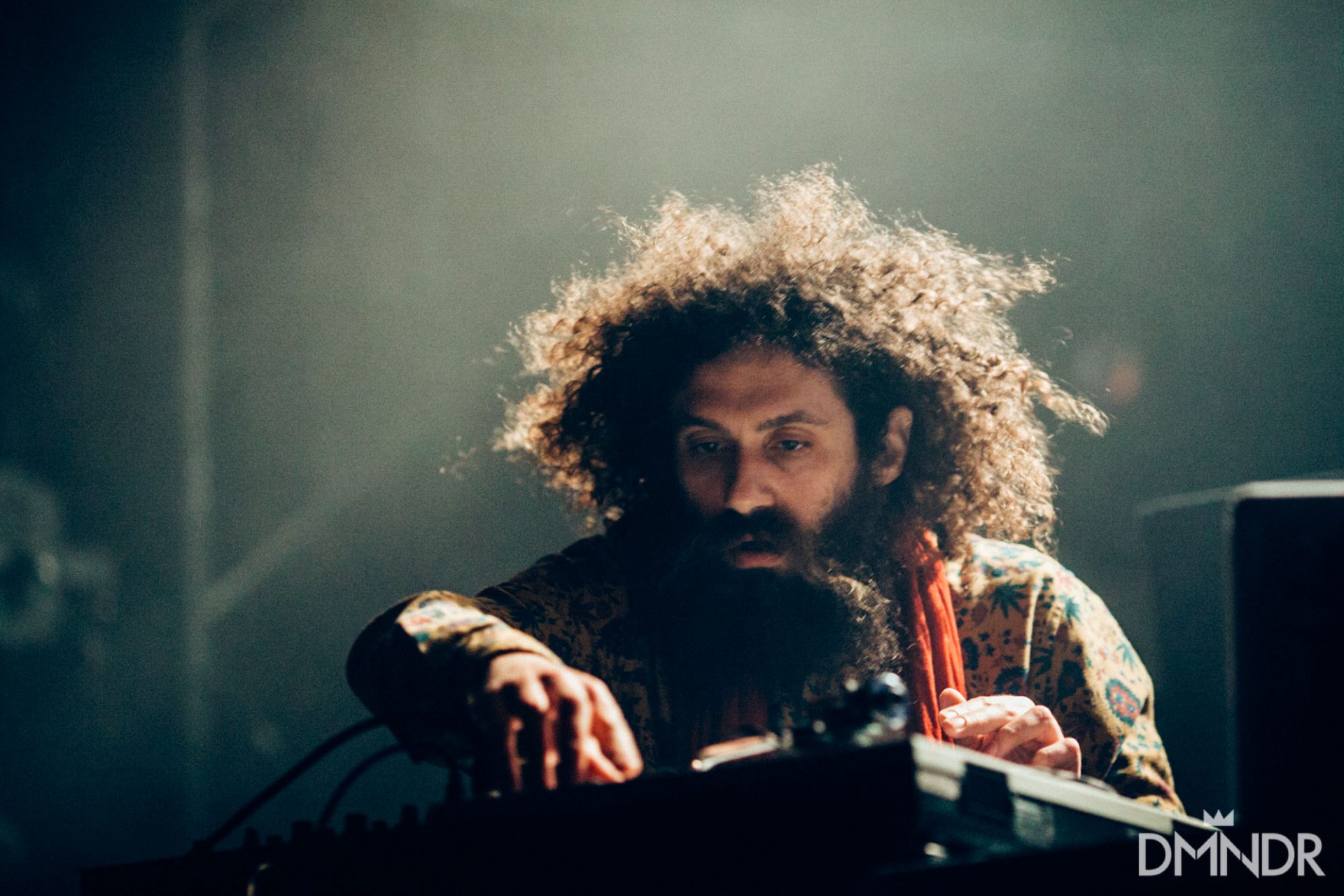 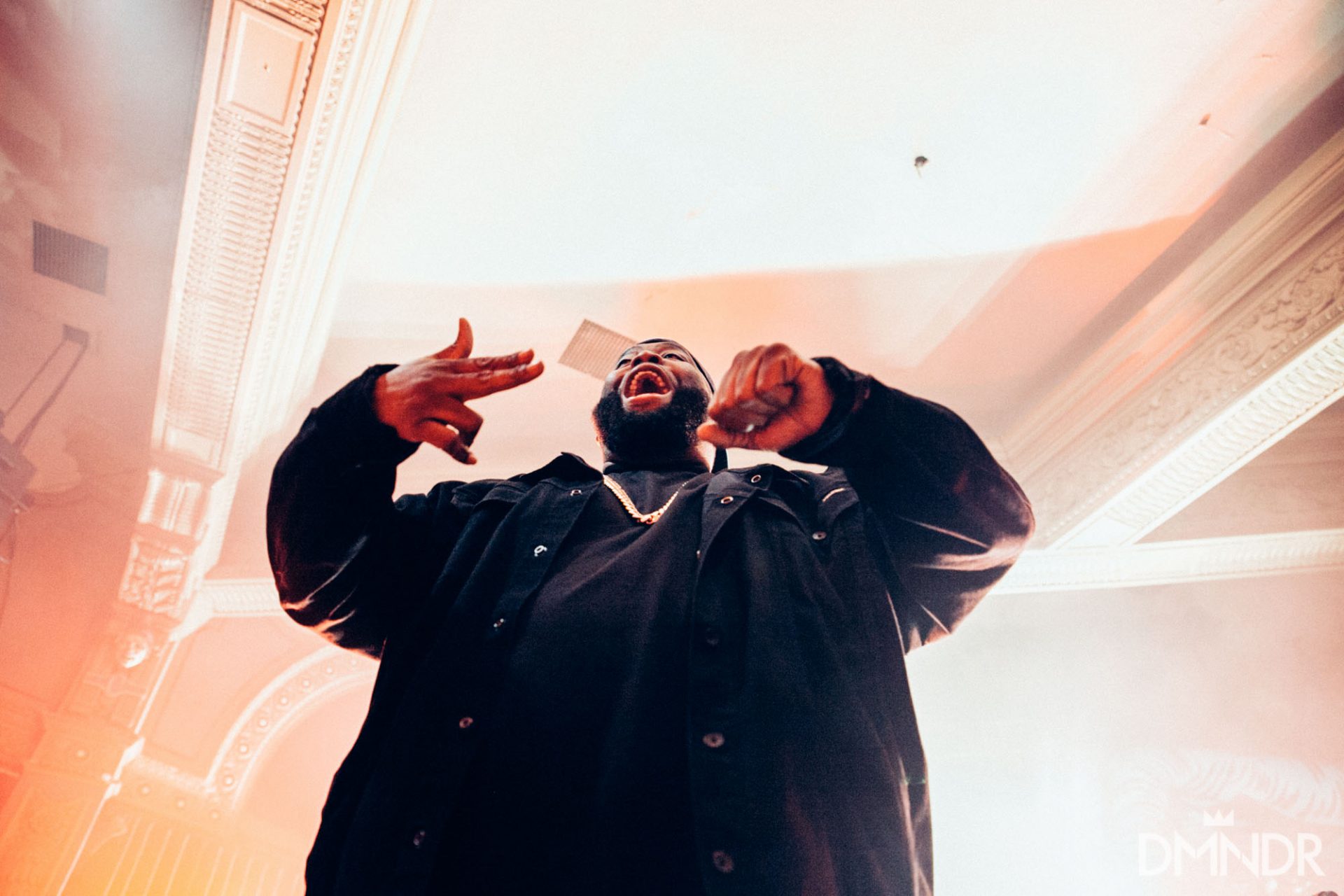 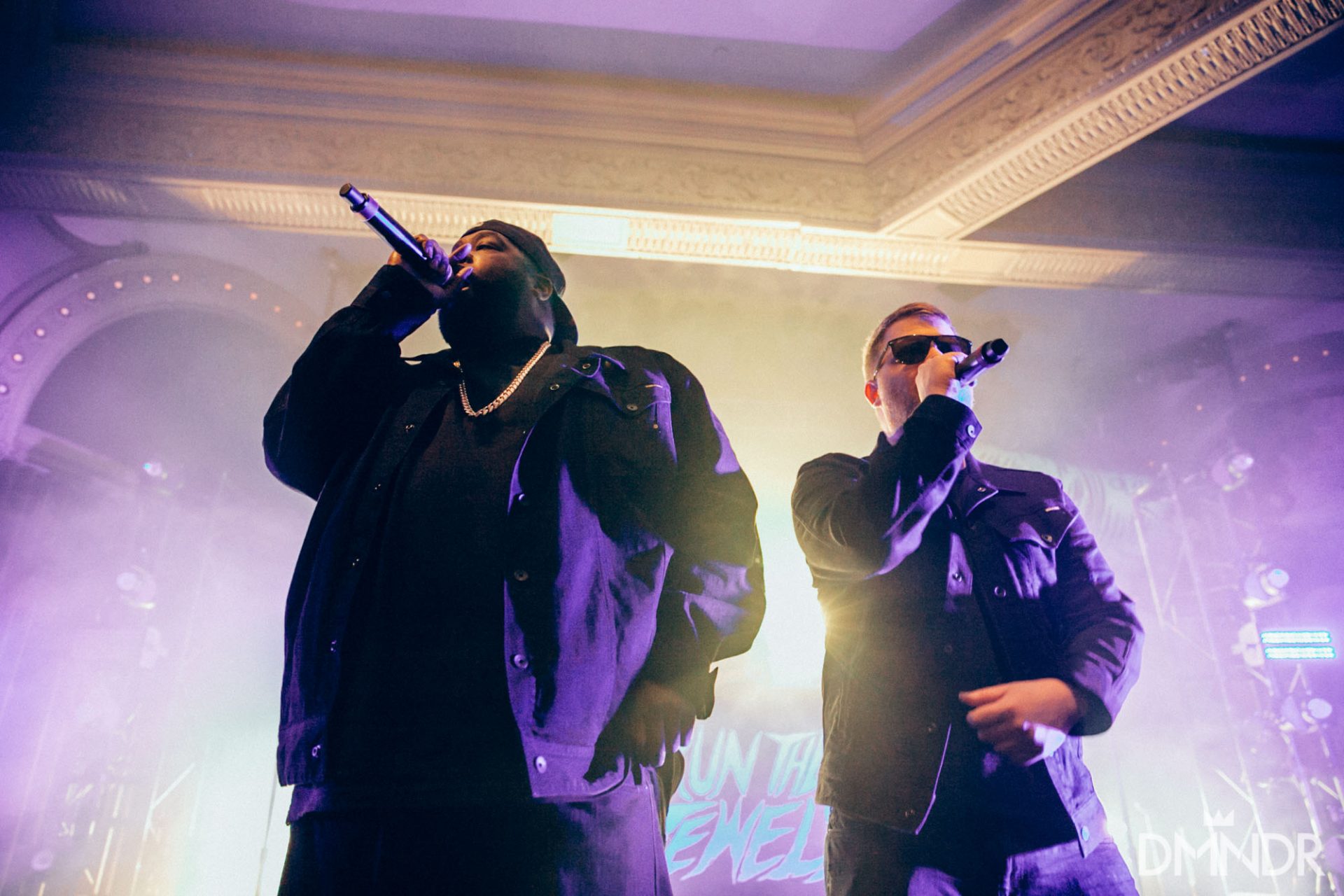 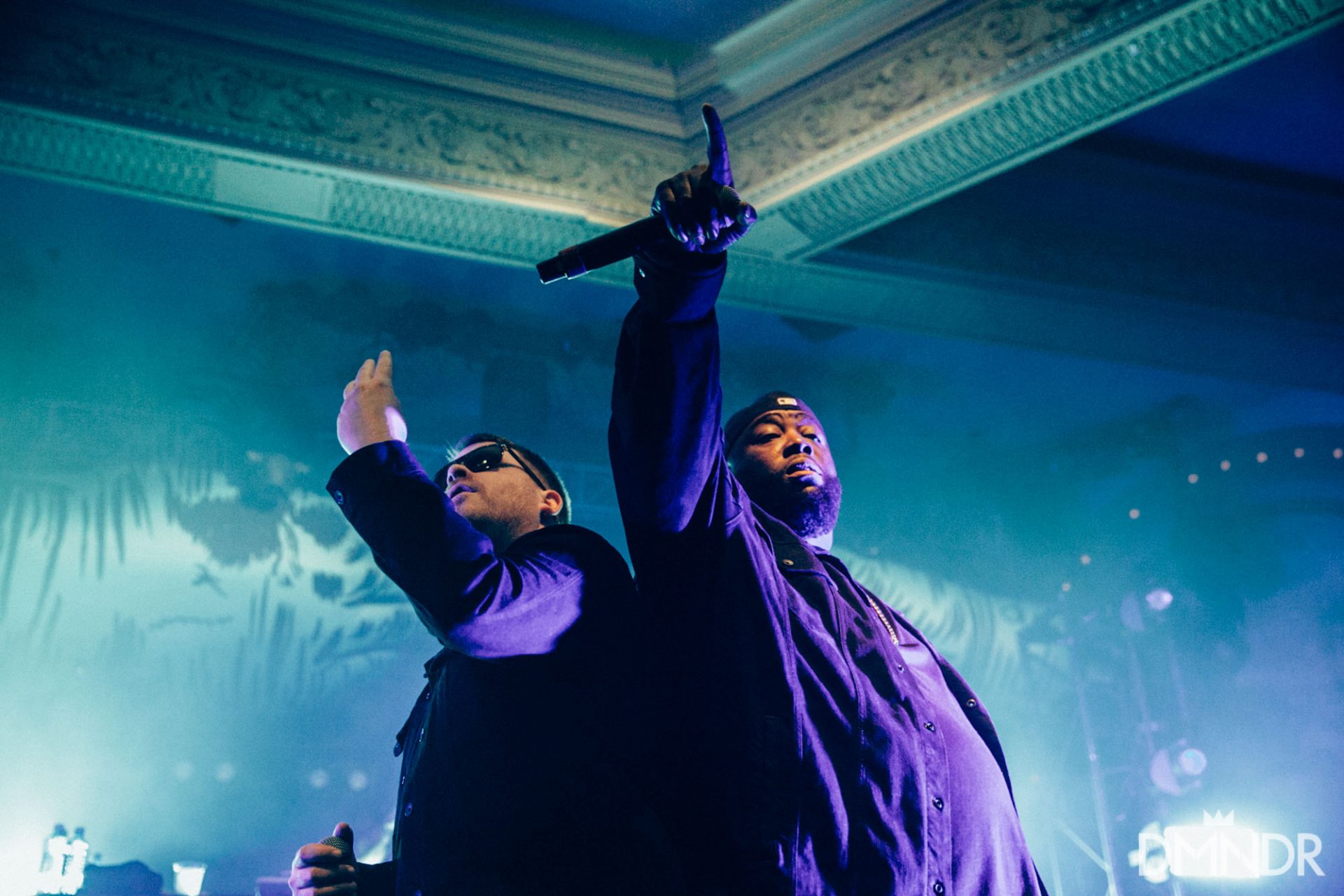 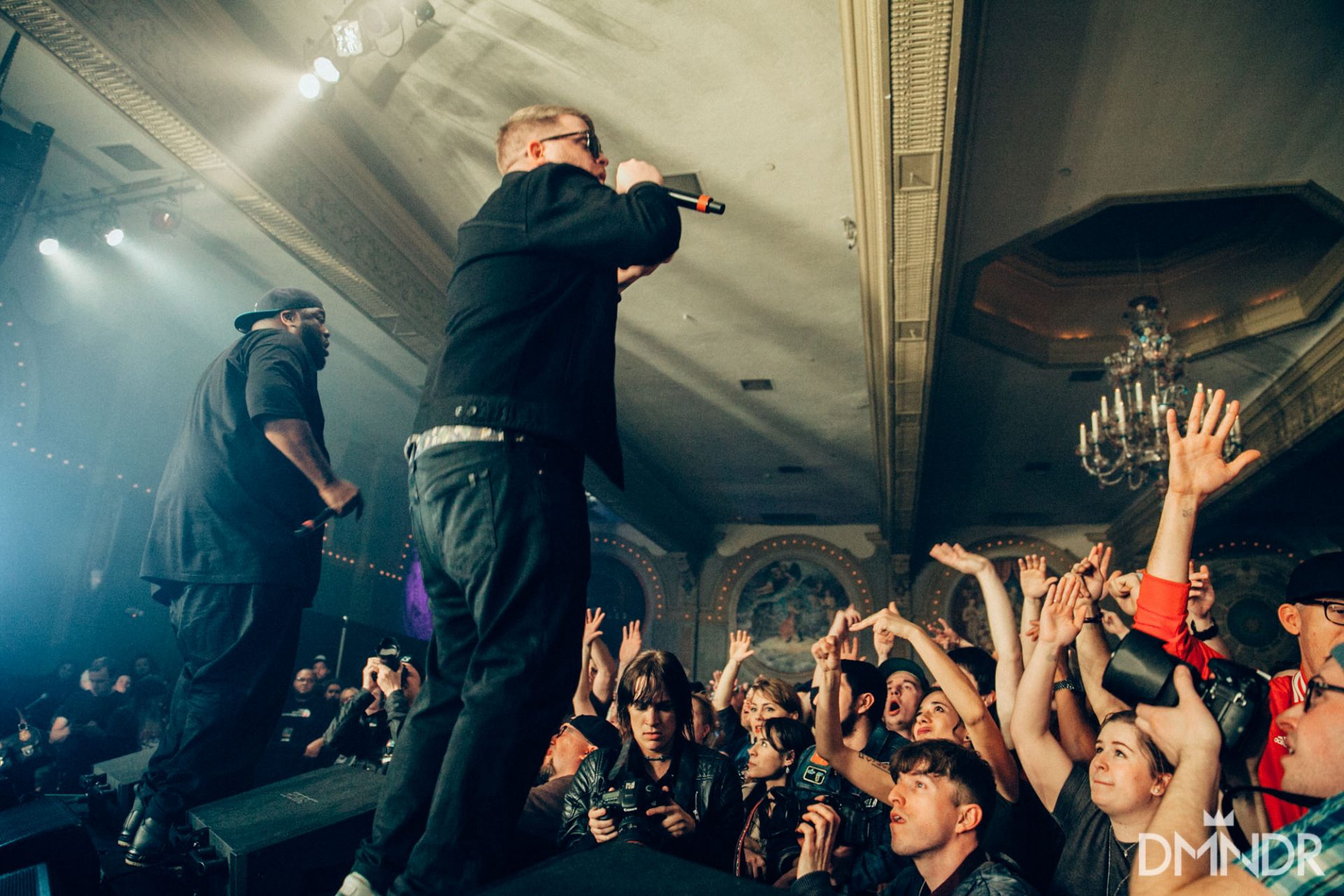 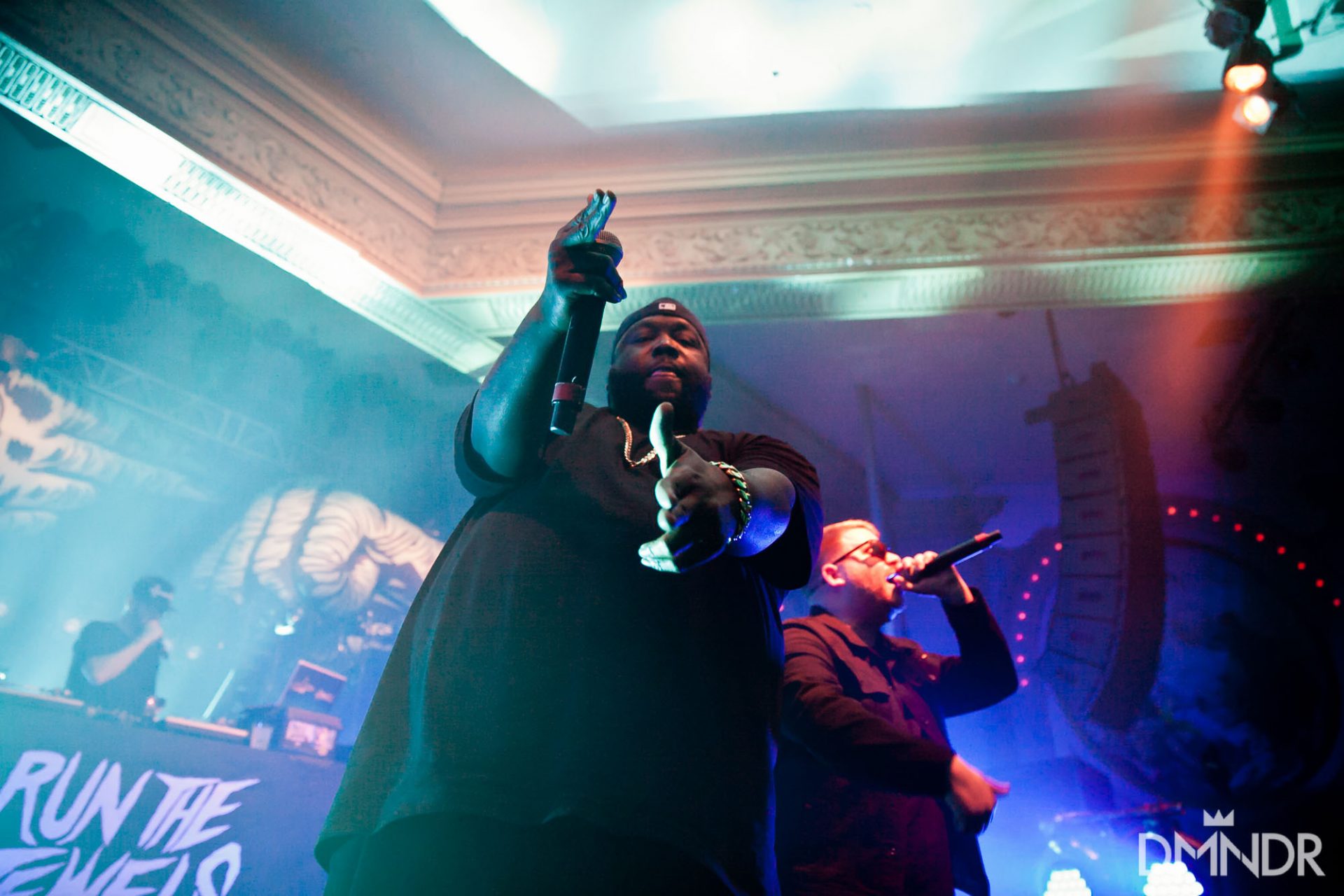 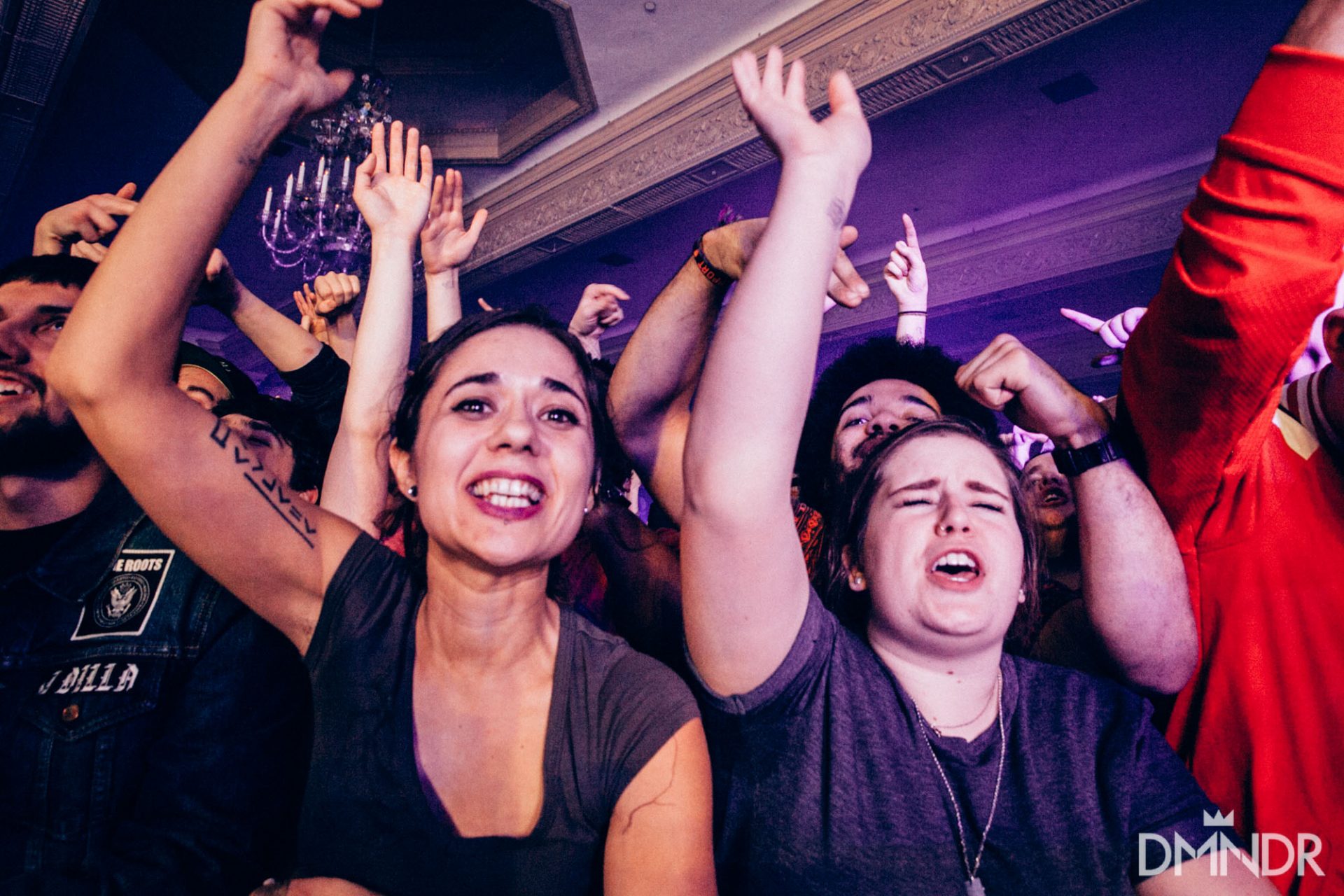 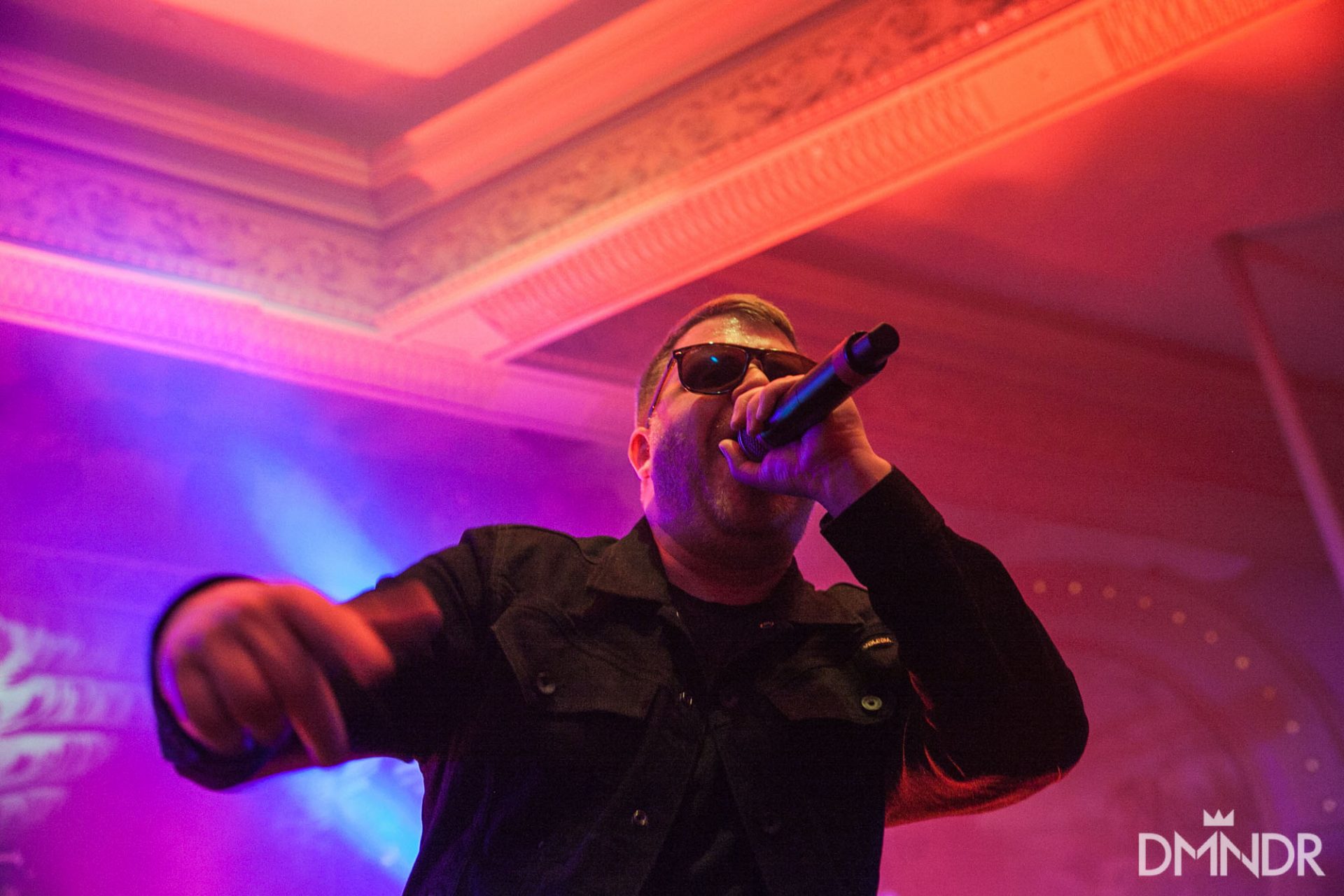 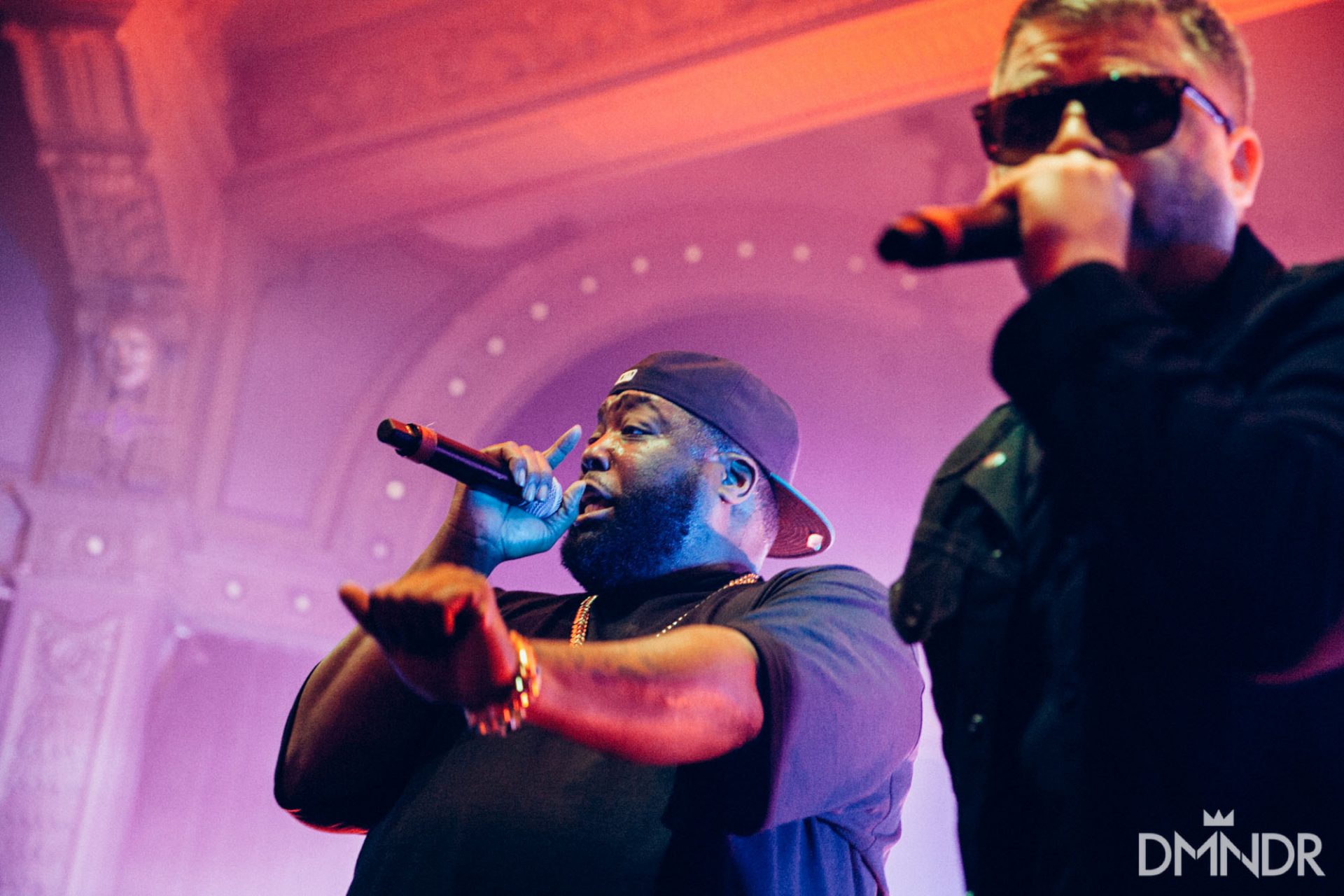 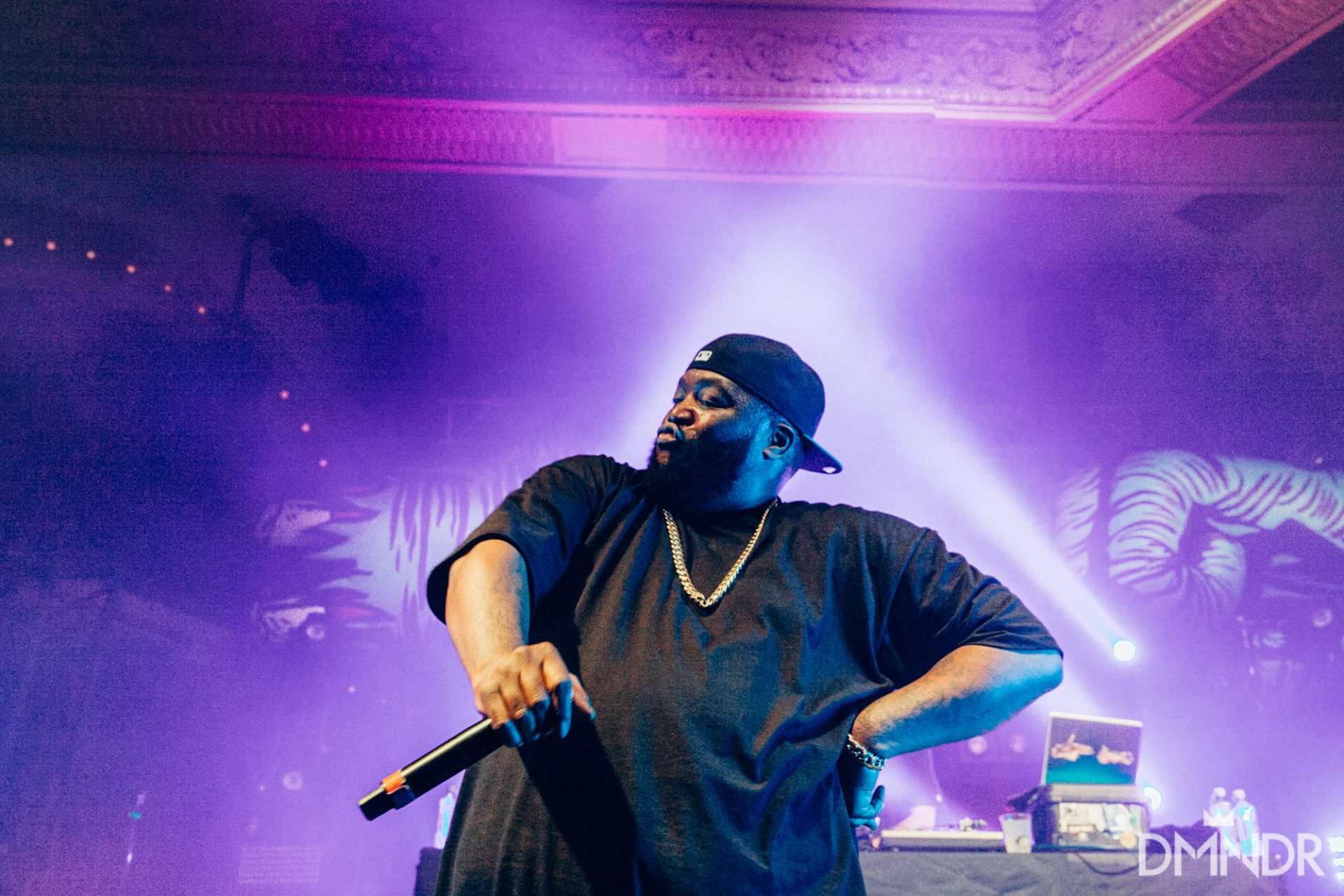 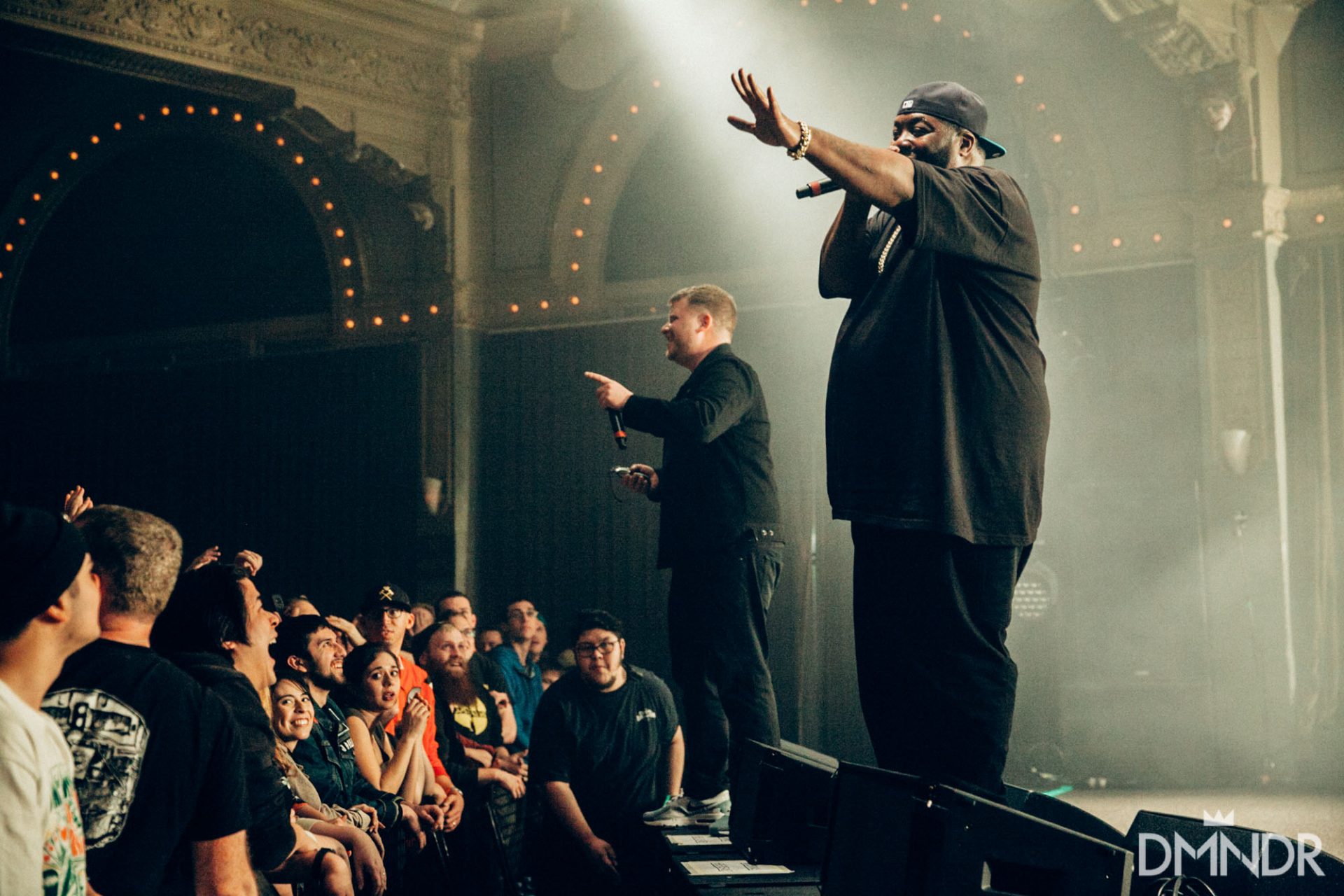 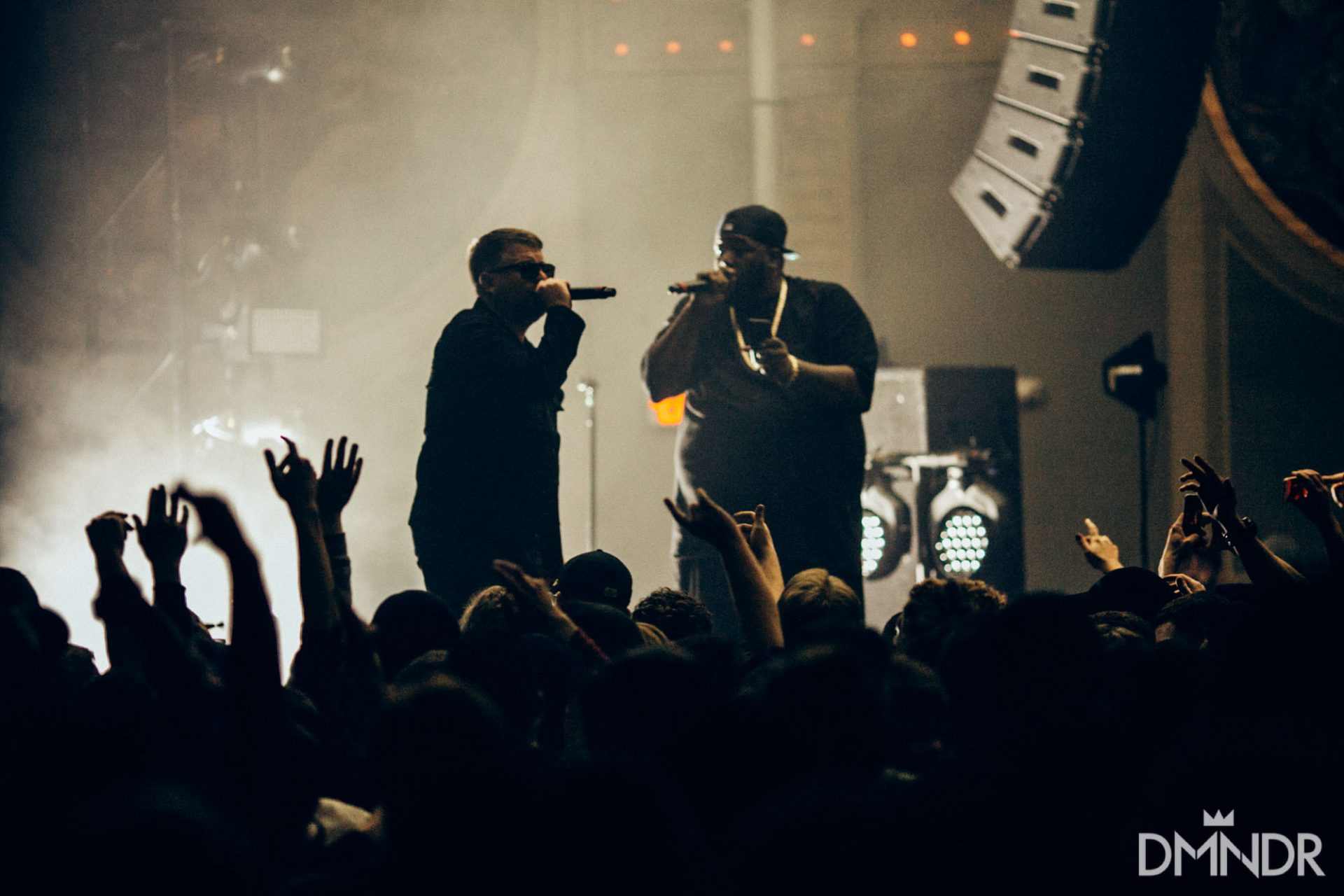