“We came here to speak the truth, make some noise, and make some motherfucking ruckus”

The Seratones might be Louisiana natives, but they aren’t the typical big brass jazz band out of ‘The Big Easy’ that might come to mind. Rather, the four-piece group hails from Shreveport and melts faces off with their gratifying punk rock sounds.

It was a return to Milkboy for The Seratones. They took the stage at the Philly venue for the third time, and kicked the set off with “Choking On Your Spit”. Their sound, pure yet colossal radiated rock- and even blues undertones-  from the first note.

They played “Get Gone” off their full-length debut album of the same name, which has appropriately garnered high praise. This band has already acquired a dedicated fan base- demonstrated in the age old rock trope of the crowd request- or better said demands. “Play Kingdom Come!”  was dutifully answered with taps on the high hat, the crash of drums, and that badass guitar riff.

Lead singer AJ Haynes is simply fierce; she’s a powerful vocalist with a mind-blowing range. She is in her element when performing too, filling and breaking the form of the perfect leading lady. At one point she wrapped the microphone cord around her neck like a gym towel and jumped into the crowd to have an all out dance party with the fans. Somehow she pulled this off while simultaneously hitting high notes with ease.

“We came here to speak the truth, make some noise, and make some motherfucking ruckus”, stated AJ. 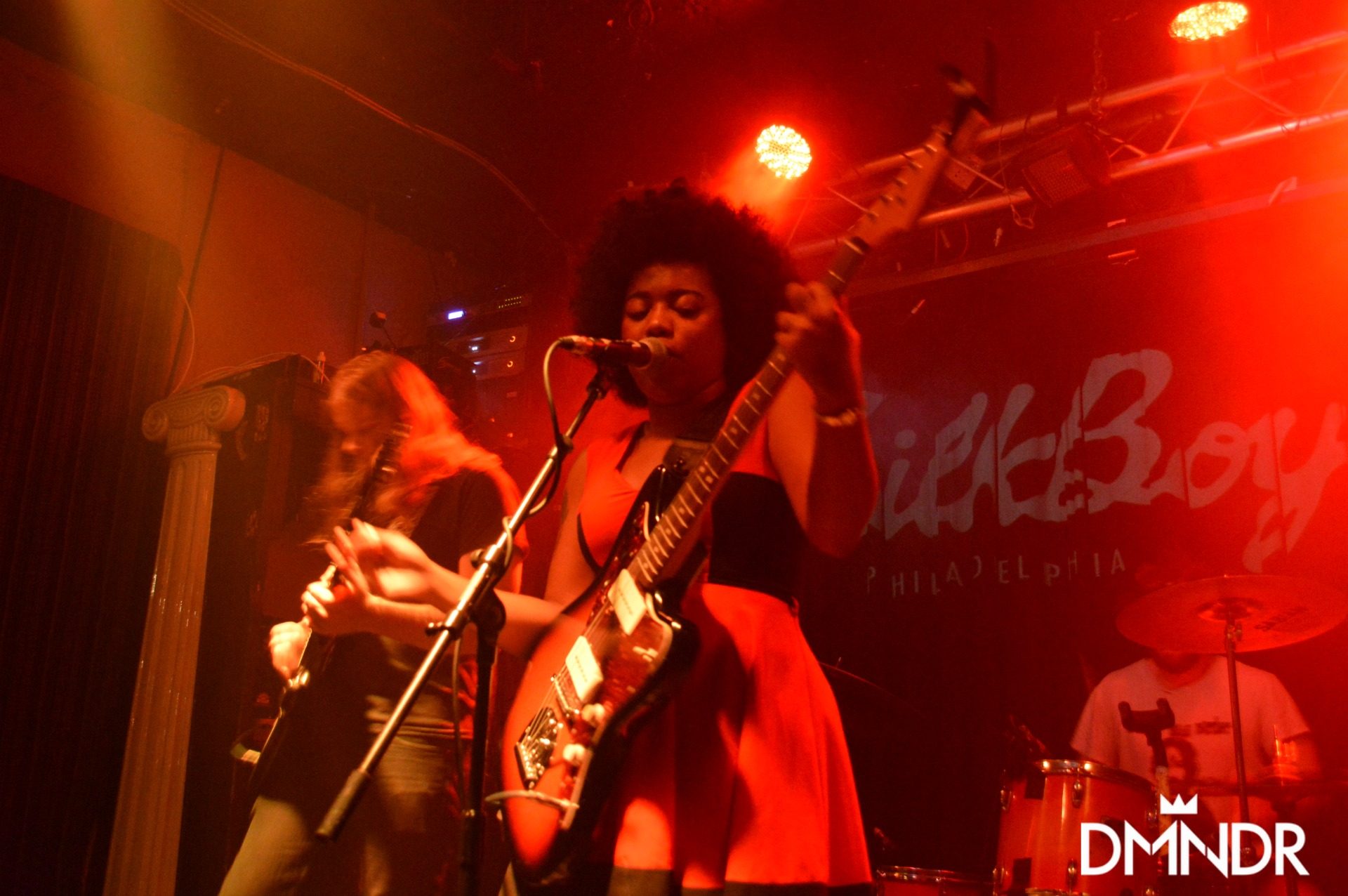 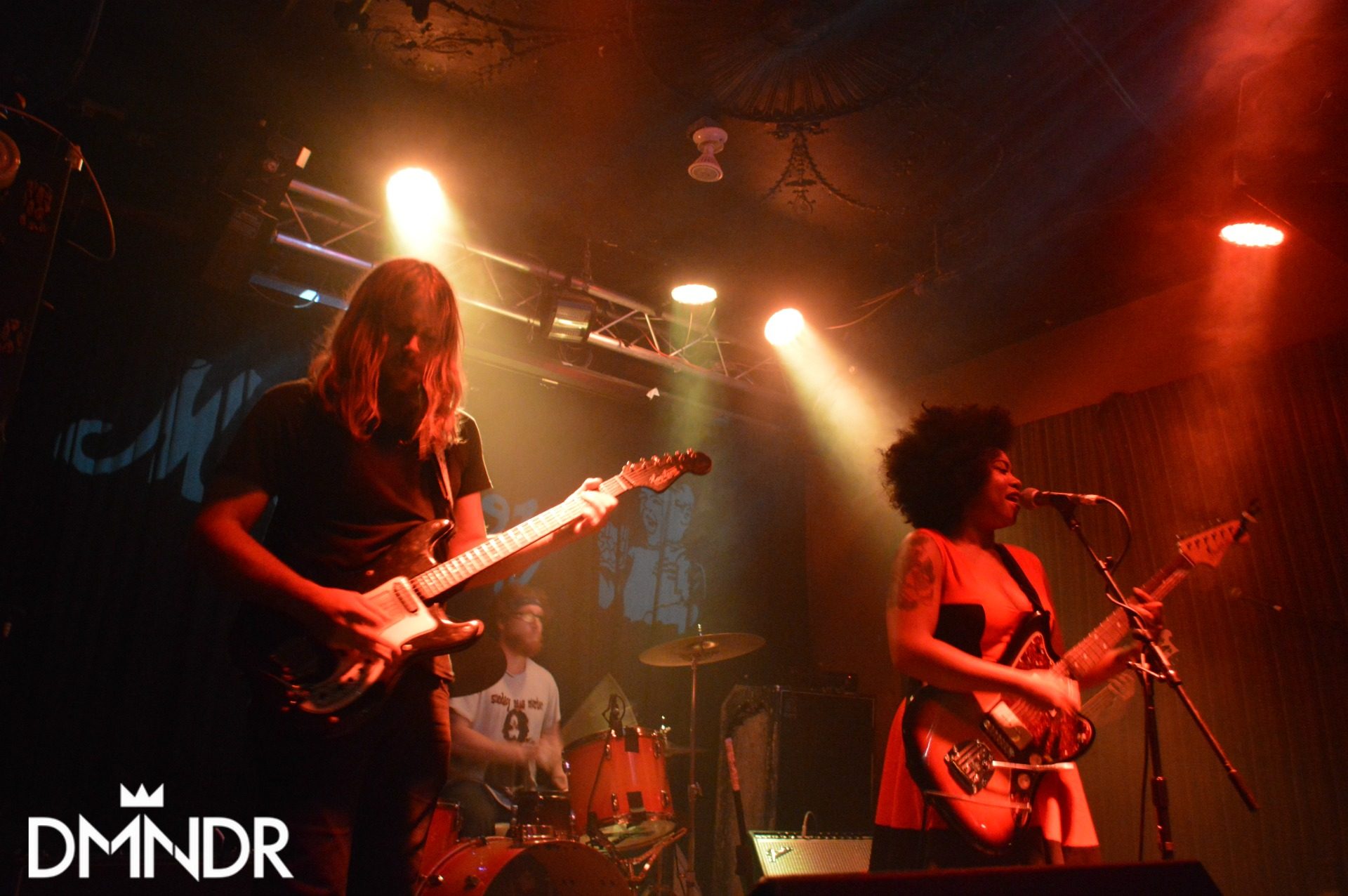 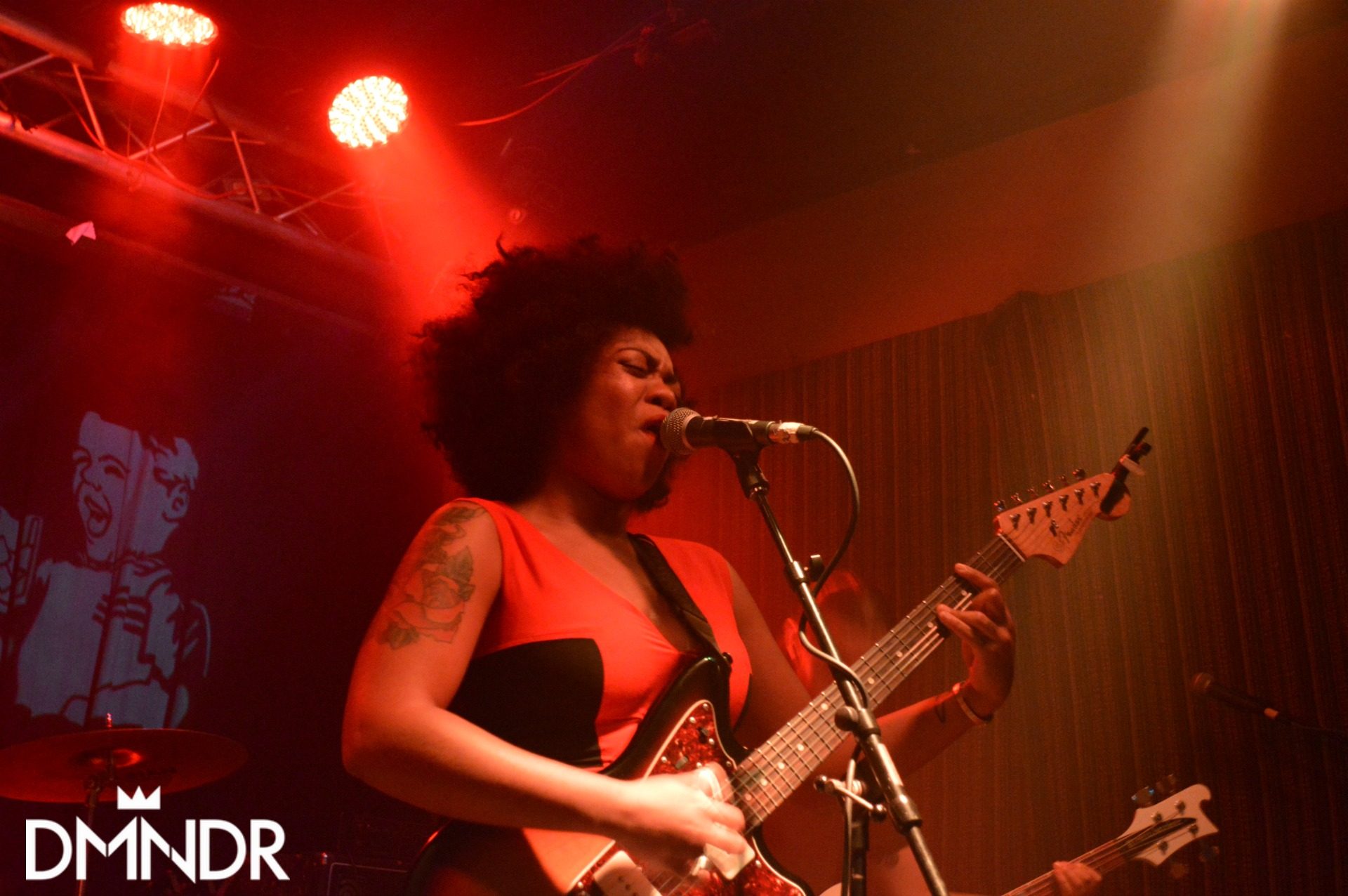