Part NYC marketing scheme, music industry publicity stunt, and NYC block party– WE LOVE NYC – A Homecoming Concert, was Bill de Blasio’s last great PR gesture as a lame duck mayor. In theory it was going to be a concert many of us wanted to see, with Springsteen, Paul Simon, The Killers, Patti Smith, Jennifer Hudson and more on the stage. Who doesn’t want to see a free Springsteen concert? An industry insider warned me weeks ago that Springsteen was only going to play one song. We then had an argument over which song would better pair with the moment, New York Serenade or Born in the USA. And a brief passionate discussion as to how terrible it was to not get both!

As the event opened with the New York Philharmonic, I was convinced we were getting New York Serenade, since the required string section was present. That would have been a splendid. Unfortunately the We Love NYC concert emulated aspects of the slow pandemic recovery– it earnestly marched through its lineup until nature intervened (this time with lightning bolts).

At least in the three hours of event we got, we got some pearls– among them in gallery sequence: Andrea Boccelli singing O Sole Mio so perfectly it became camp. Jennifer Hudson performing Nessun Dorma both as PR stunt for her forthcoming Aretha Franklin biopic & to make our jaws drop. Kane Brown exemplifying that country music sounds stranger in Central Park than anywhere else in America. Jon Batiste playing ‘Freedom’ and living up to Colbert’s introductory description of him as ‘a joy machine’. Earth Wind and Fire playing ‘September’ in August, and getting all of NYC to sing along to its unintelligible chorus. In Carlos Santana, Rob Thomas, Babyface, LL Cool J, Rev Run of Run DMC. Scorpio, Spliff Star & Busta Rhymes, Fat Joe & Remy Ma, Journey and many others singing through bits and pieces of legendary NYC rap hits.

Our recap ends with a shot of Barry Manilow, as he’s about to be interrupted by his production assistant. Manilow played Copacabana onward with consummate choreography moves even after the event turned his microphone off to announce the event was being evacuated due to inclement weather. Manilow was hearing himself sing through his earpieces and had ‘no idea’– but one would expect nothing less from a legend who is just ‘doing his thing’

After first asking us to evacuate for lightning, and briefly dithering on inviting customers back– the festival cancelled at 8:02pm. Midwestern tourists moped ‘No Springsteen’ and some visitors from California stayed next to a large oak tree hoping the rain would pass quickly. New Yorkers, who were well familiar with rain-cancelled Gov Ball dates, departed singing lines from Sinatra’s New York, New York. ‘Start spreading the news… I’m leaving today…” echoed through the part happy and part sad revellers as they exited through Central Park’s many meandering paths. 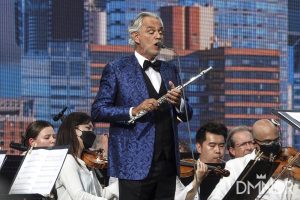 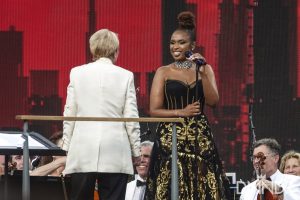 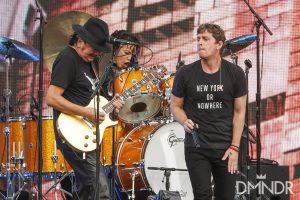 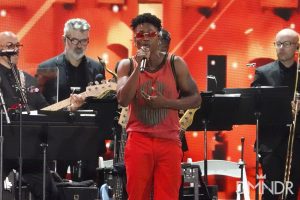 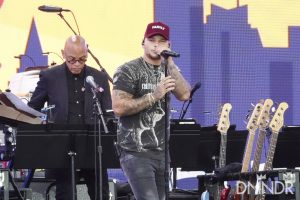 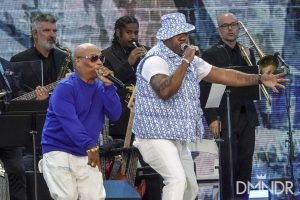 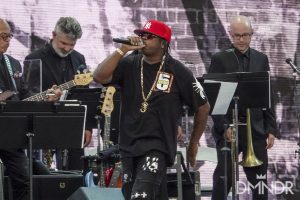 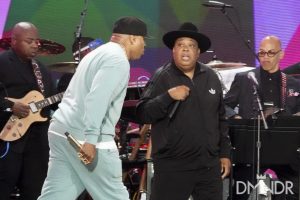 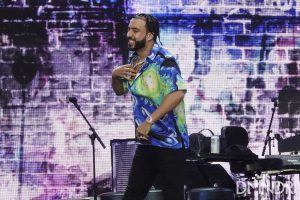 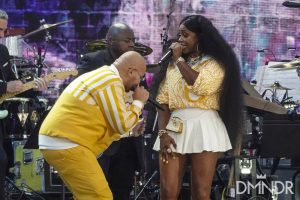 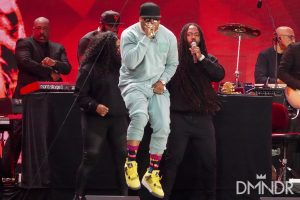 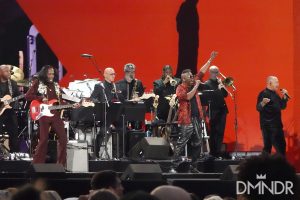 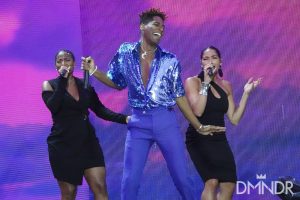 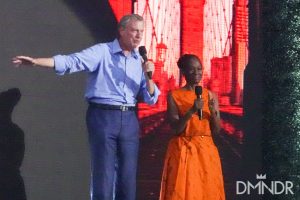 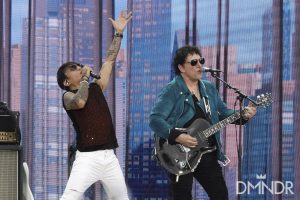 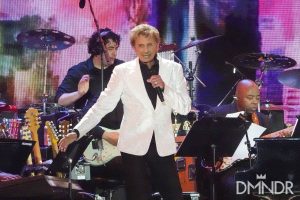 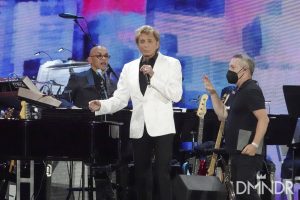