Why Roma Should Not Win Best Picture

We’ve been restraining ourselves as best we can. We didn’t want to print this. But Roma never should have been nominated and Godforbid it wins Best Picture (and it probably will) we are going to be supremely annoyed.

There are people who think art is subjective, and therefore critique meaningless. Those people, one would assume, also see no demonstrable difference between a kindergarten holiday show and a Broadway play.Those people, we imagine, think Roma was a great film. It was not. Let us explain.

While there is no universal objective of film as a medium, a film must make a viewer feel something in particular. Roma leaves the viewer numb, unconcerned and disinterested. Roma’s greatest triumph was not the story, the acting or even something as quaint as “the message of the film”- it was the cinematography, which was among the best of not only this year, but almost any year. This is telling, given that the cinematographer was none other than Cuaron. Cuarón’s long time collaborator and legendary Director of Photography Emmanuel Lubezki wasn’t able to tackle this project due to timing constraints, and Cuarón was left to film it himself. It is possible to understand this entire film from only this data.

Roma, in its heart, is a very good student film that happened to have been made by an accomplished director. The work allowed Cuarón to relive and immortalize his childhood and filter through the litany of inputs in his life so he could (presumably) reconcile some kind of personal accounting. The director enjoyed a privileged upbringing, and years later it seems he felt a messy mix of guilt and affection for his live in help. But if this is a love letter to his servant, Cleo, it was uninspired. There is simply an underwhelming connection fostered between the viewer and Cleo, a domestic worker that effectively raises Cuarón and his 3 siblings in 1970’s Mexico. One could argue that perhaps the isolation of Cleo, even from the viewer, is meant to convey the lack of empathy even the viewer feels for a young woman relegated to effective indentured servitude. But if this is device and not defect, it’s a poor device for film. The foundation of film is FEELING. We feel virtually nothing for Cleo. We are left feeling no more than the passage of time, and the self aggrandizement of a director who really did an outstanding job with the cinematography. 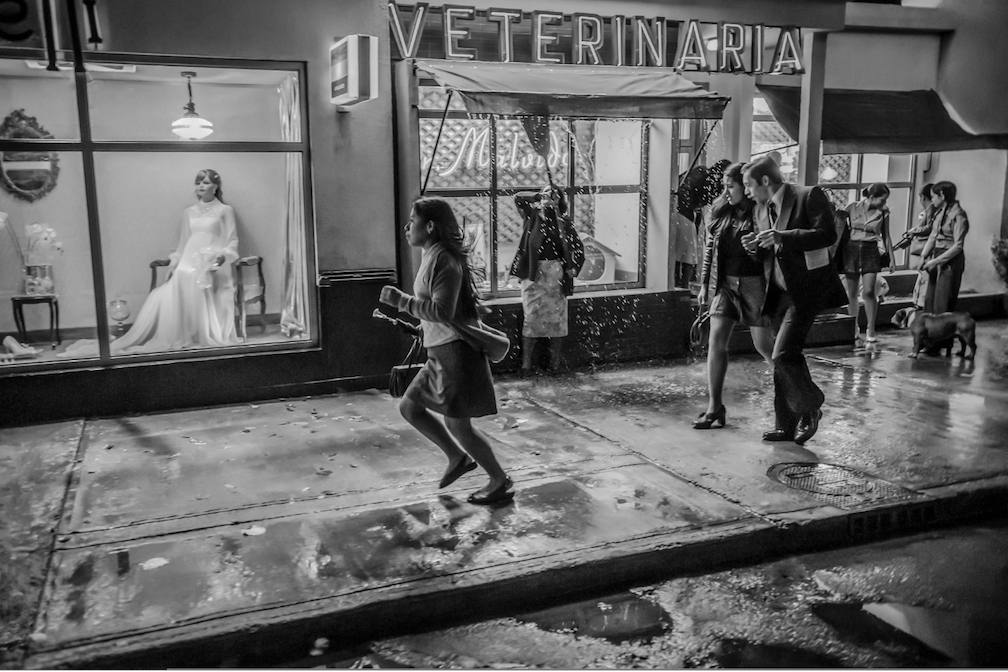