of Montreal: “The Most Terrifying Sex You’ll Ever Have”

This photo review is the definitive argument for catching an of Montreal show. of Montreal will be playing Webster Hall, NYC Friday September 9th, followed By Boston Saturday night and New Haven Sunday. Check out their remaining tour dates here. 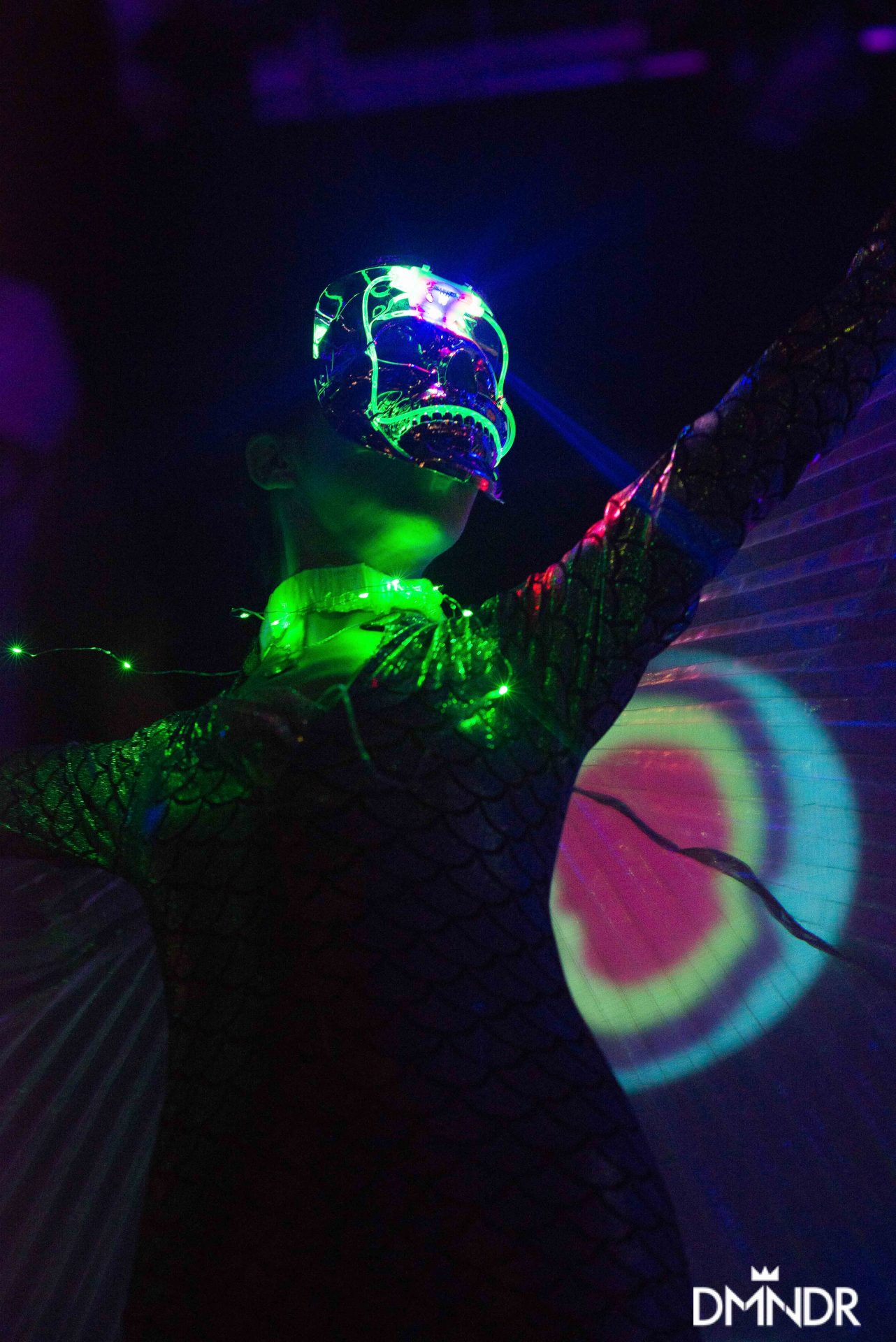 “They rely heavily on shock value”

The first thing you need to know about of Montreal is that, in addition to being immensely talented and innovative, they rely heavily on shock value. I’ve been listening to them for over a decade, and that didn’t even begin to prepare me to attend one of their live shows. There’s a fantastic pageantry about their performance style, which combines costumes, props, monsters, gender-bending, balloons, psychedelic light shows, catsuits, heart-thumping bass, wigs, and impressively catchy lyrics into a truly mesmerizing experience. The opening band pretty much hit the nail on the head by explaining themselves as “just the foreplay for the most terrifying sex you’ll ever have.” I showed up at 9:30 Club stone sober, and five minutes into their set I could have sworn I had dropped acid. I’m seriously concerned for the people who were already on acid when they got there.

The show opened on an ominous note, with frontman Kevin Barnes entering in a smoking neon-lined cloak, and things only got wilder from there. Every other song was accompanied by an elaborate costume change. At various points during the performance, Barnes was joined on stage by tiki monsters, vinyl-clad divas, and neon sugar skull fairies. It was all overwhelming, in the best way possible. Despite the incredibly well conceived theatrics of the show, the music was by far the best part. If you’ve only ever listened to of Montreal on your computer speakers, you’re seriously missing out. Like most tours that follow a recently released album, the setlist was a balanced mix of totally new tracks and seasoned fan favorites. While most bands have a few “classics” that are permanently regarded as their best tracks of Montreal fans are always willing to love the newest sound. “it’s different for girls” and “let’s relate” off Innocence Reaches both inspired the crowd to passionate heights.
Speaking of the fans, of Montreal has the most eccentric fan group I’ve ever encountered, and I’ve been to EDM shows. Without leaving my spot on the floor I could see a middle-aged woman in a glittery red jacket, a devastatingly gorgeous man in a ball gown, an Audrey Hepburn-type wearing a curtain cord as a necklace, some gratuitous ass-slapping from a man who was certainly someone’s father, and at least three girls with Bettie Page bangs. The whole crowd maintained a frenetic enthusiasm throughout the entire show, and I can’t blame them. I’ve never been to such an engrossing, high-energy show in my entire life. Hats (and maybe pants) off to of Montreal! 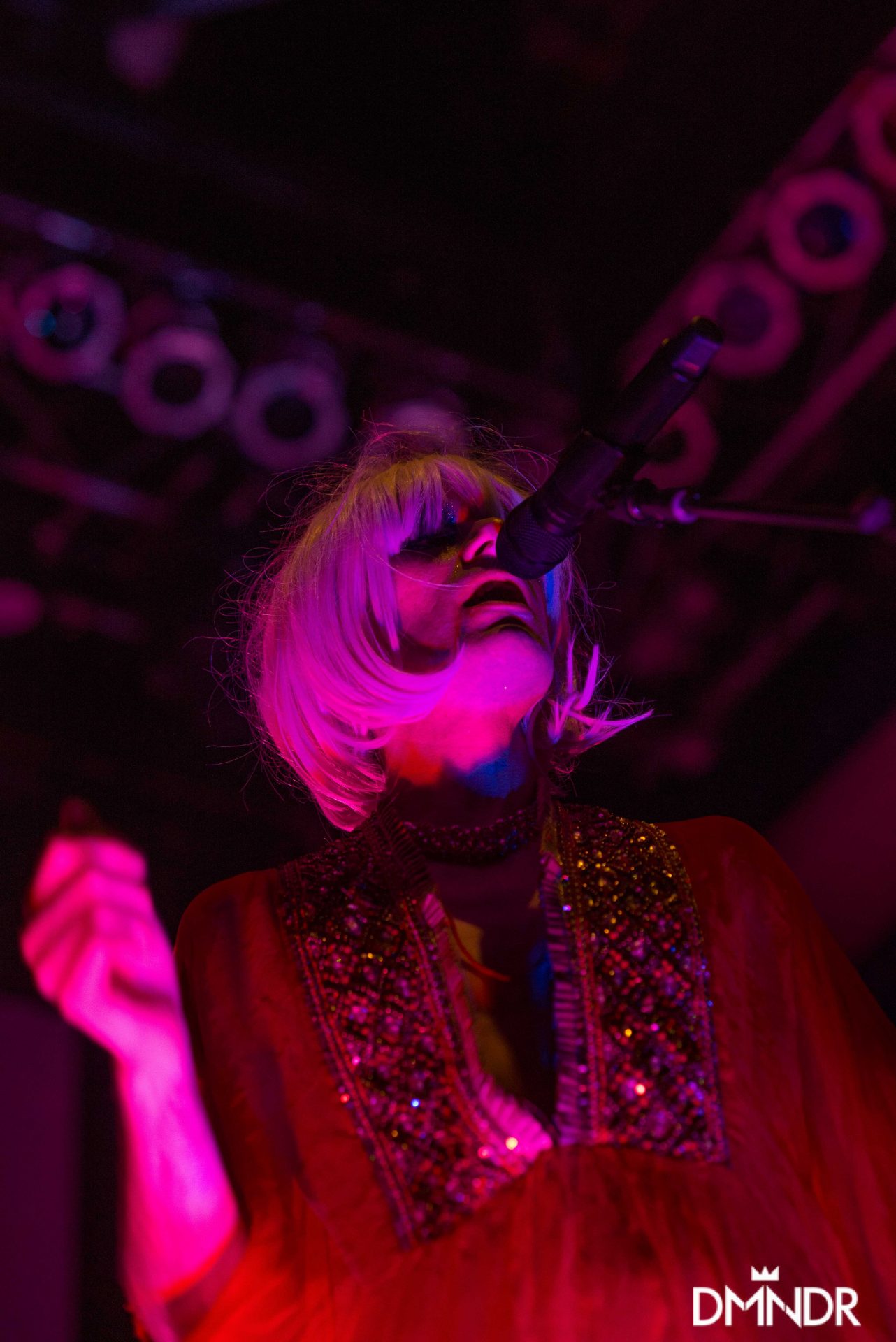 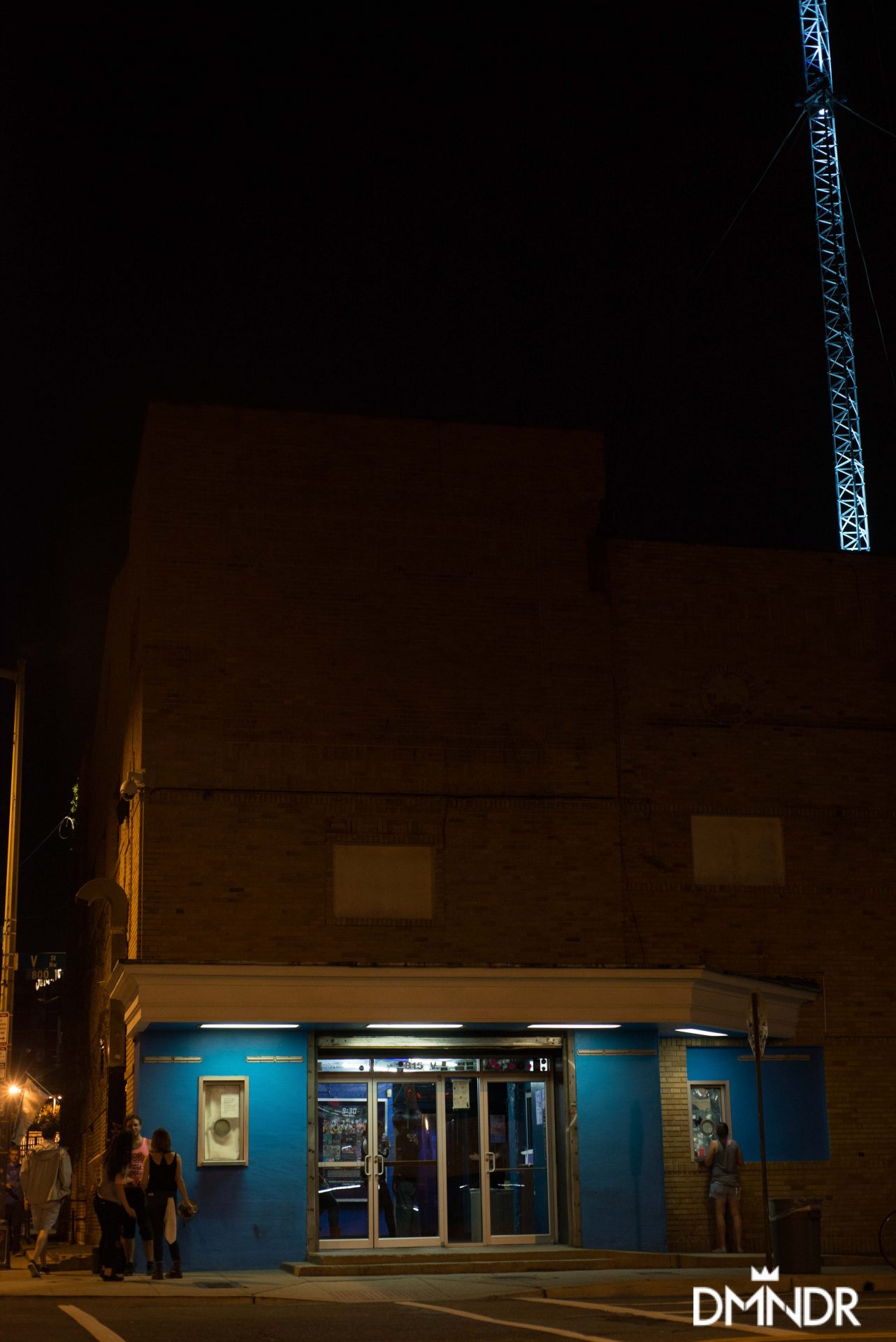 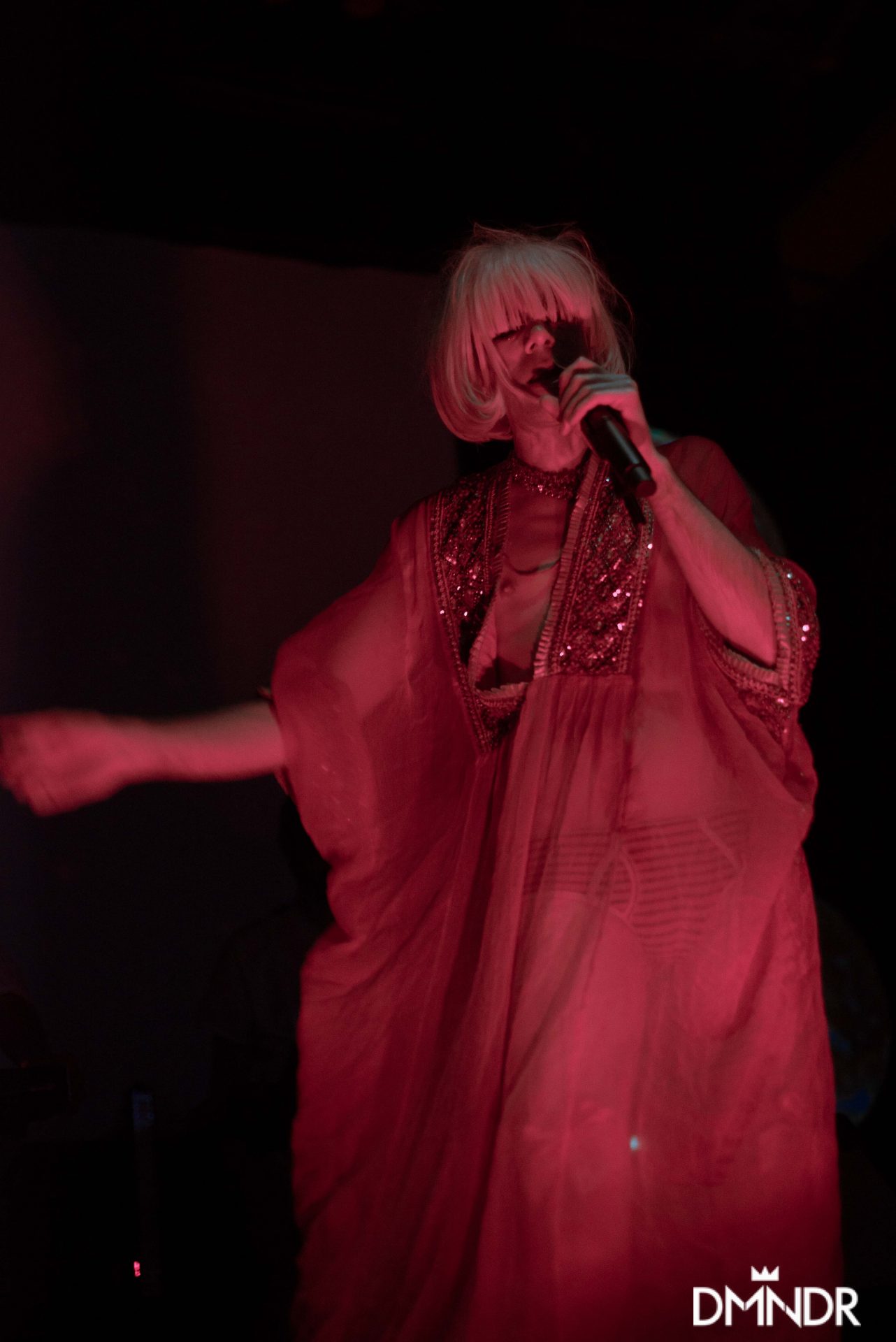 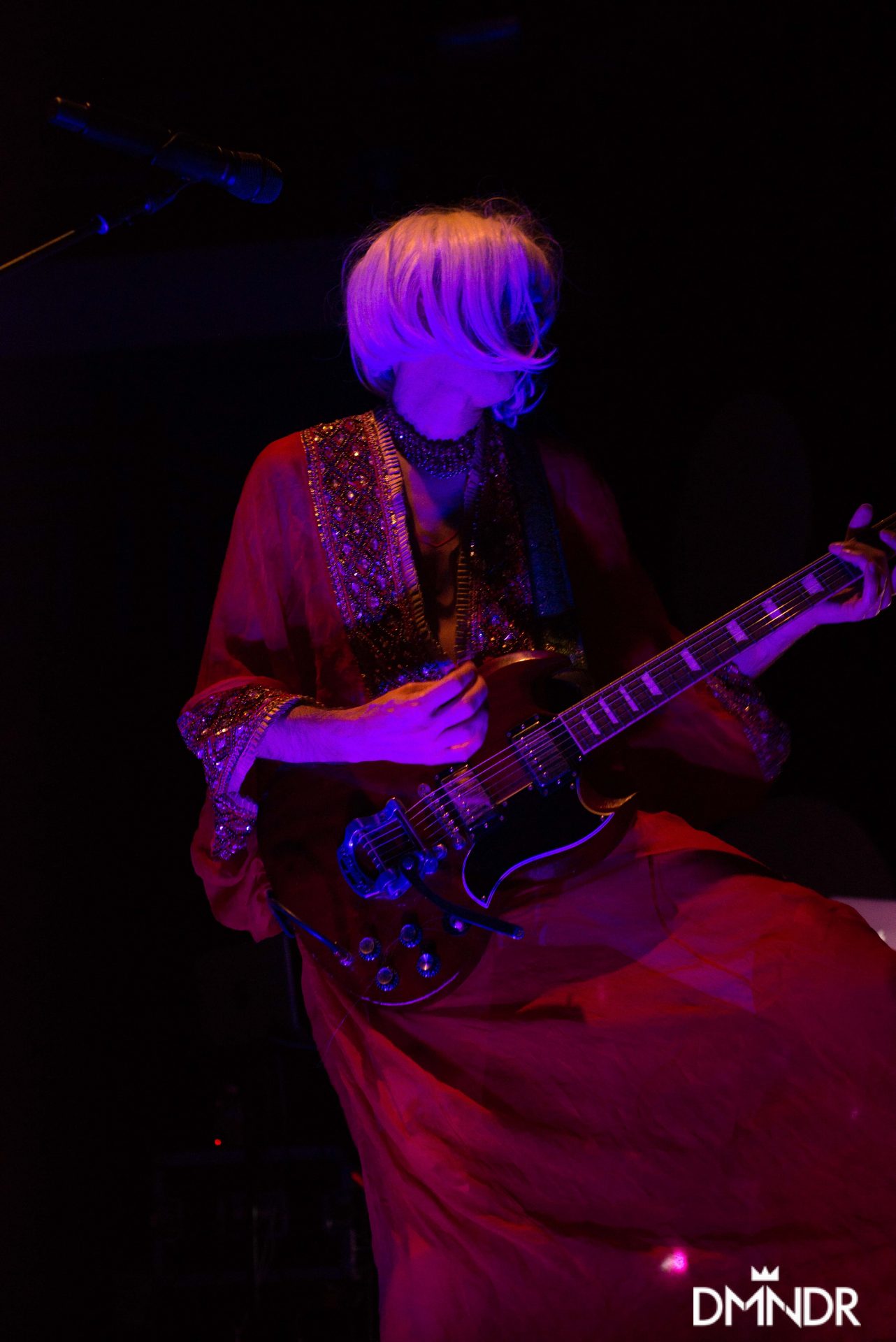 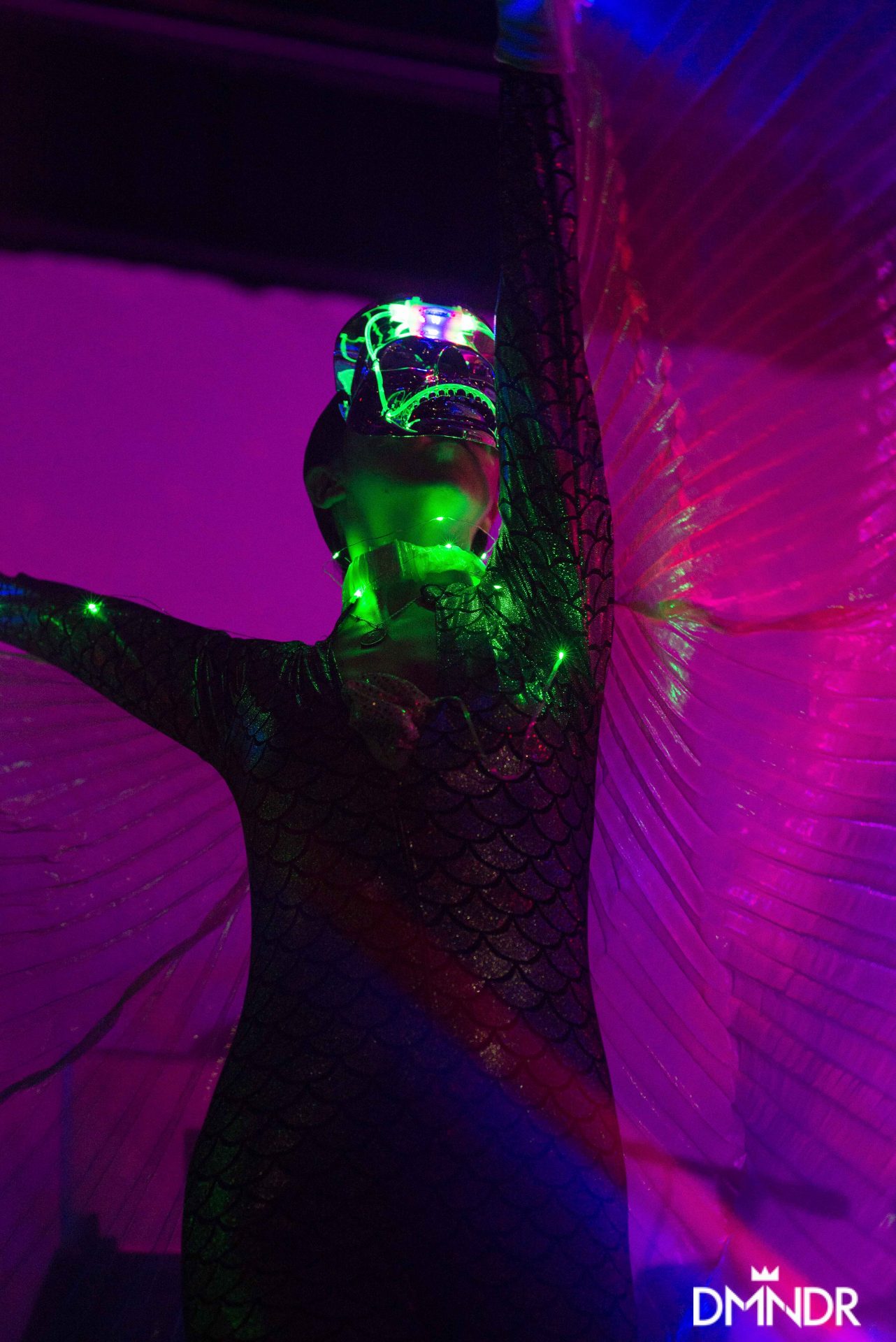 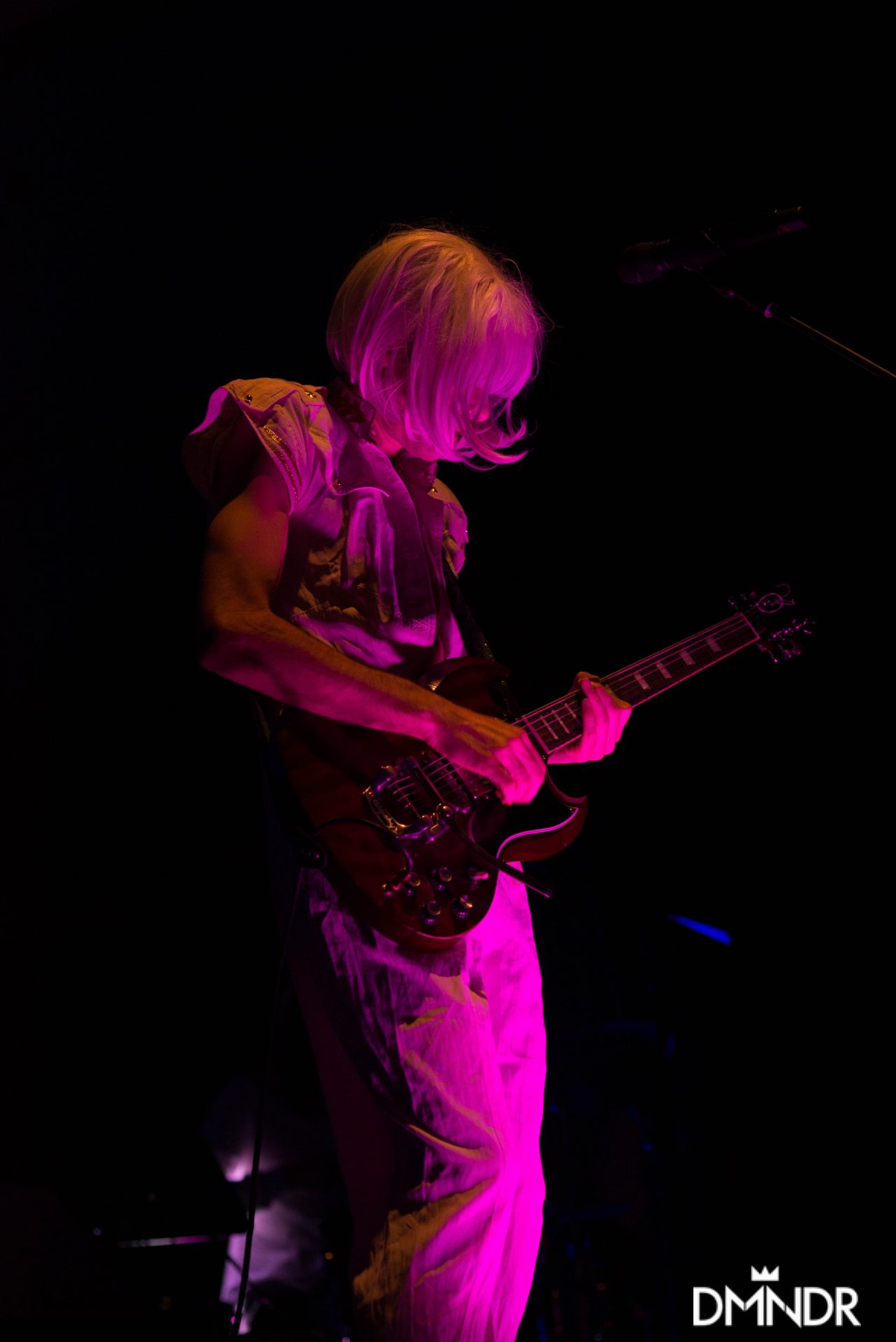 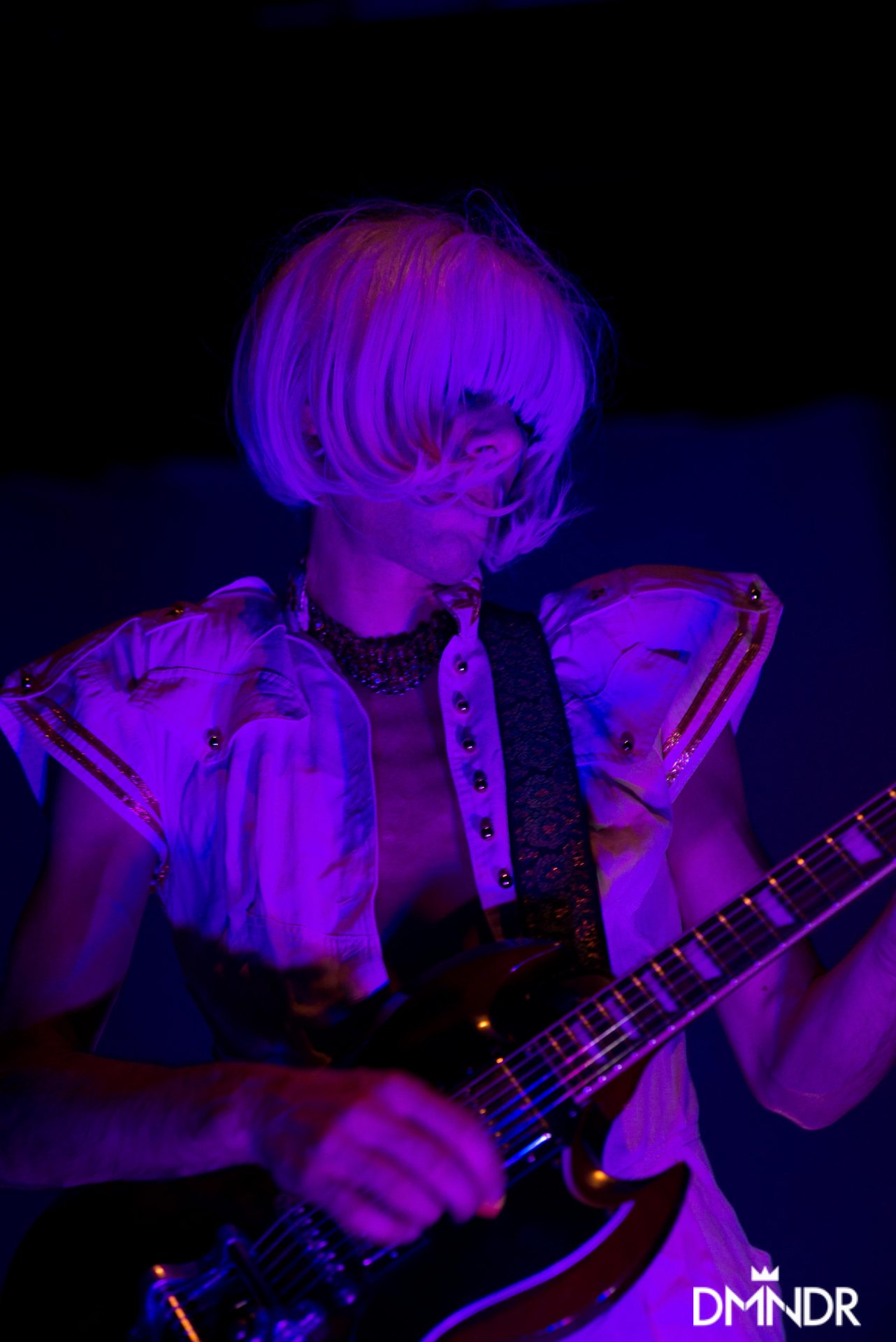 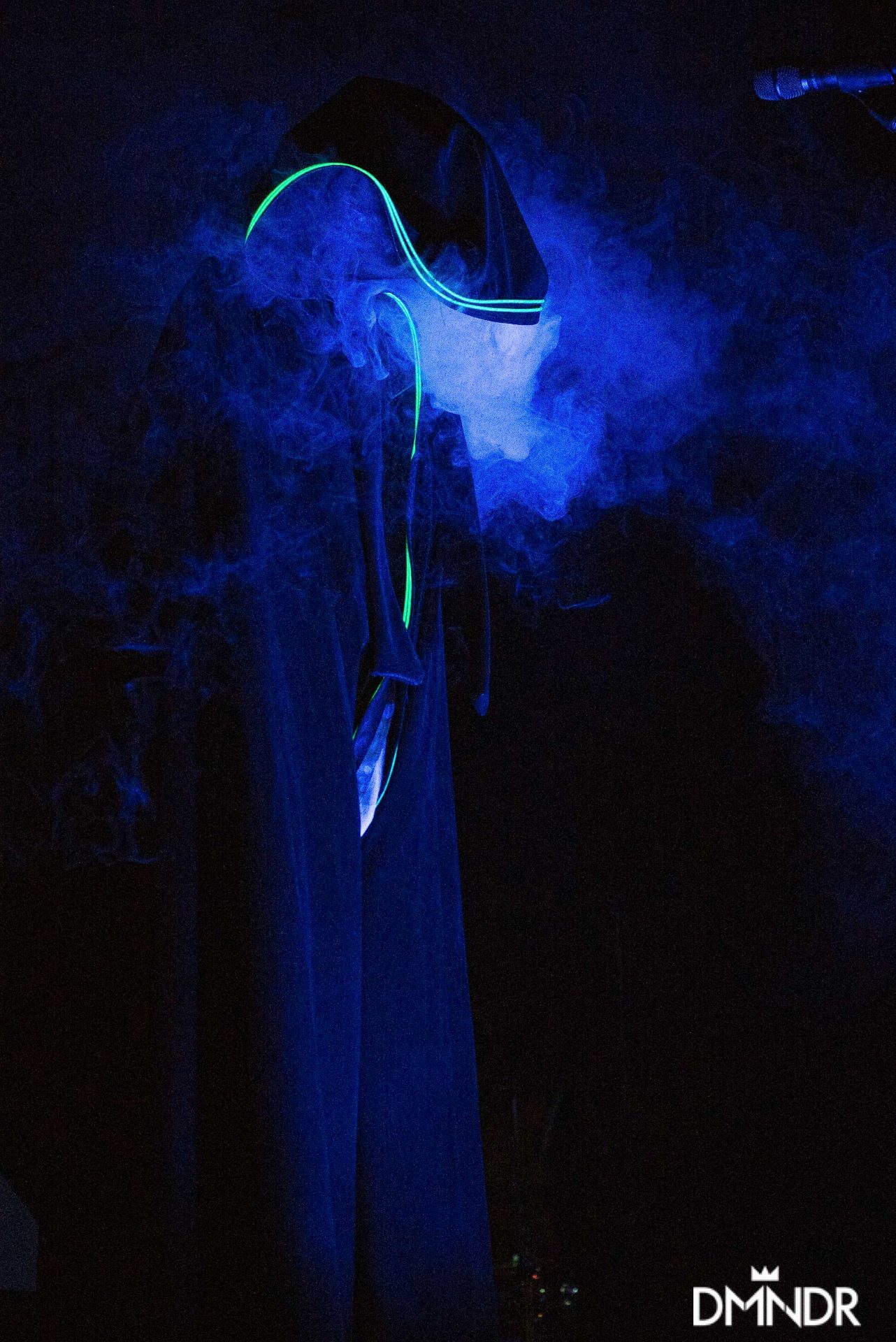 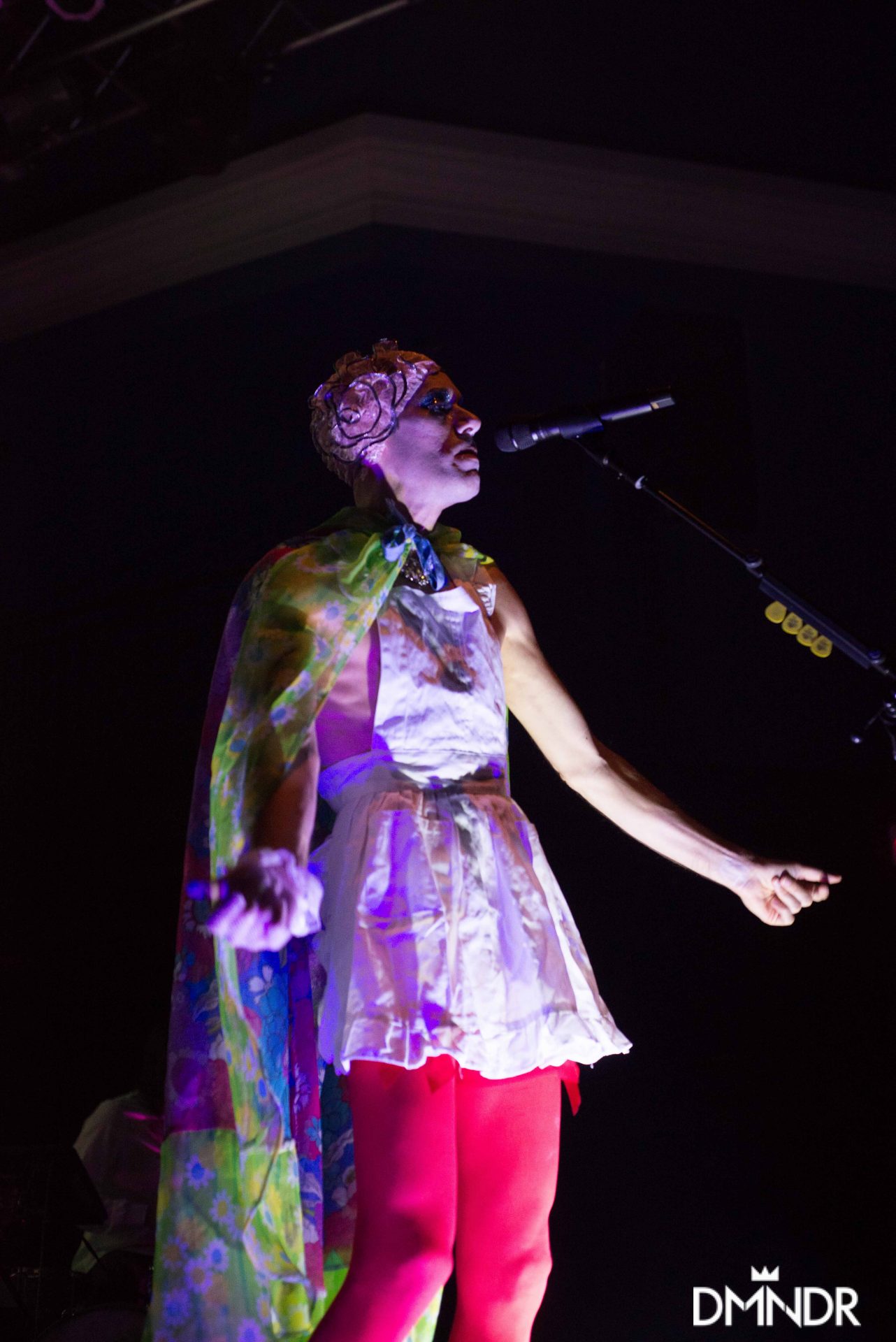 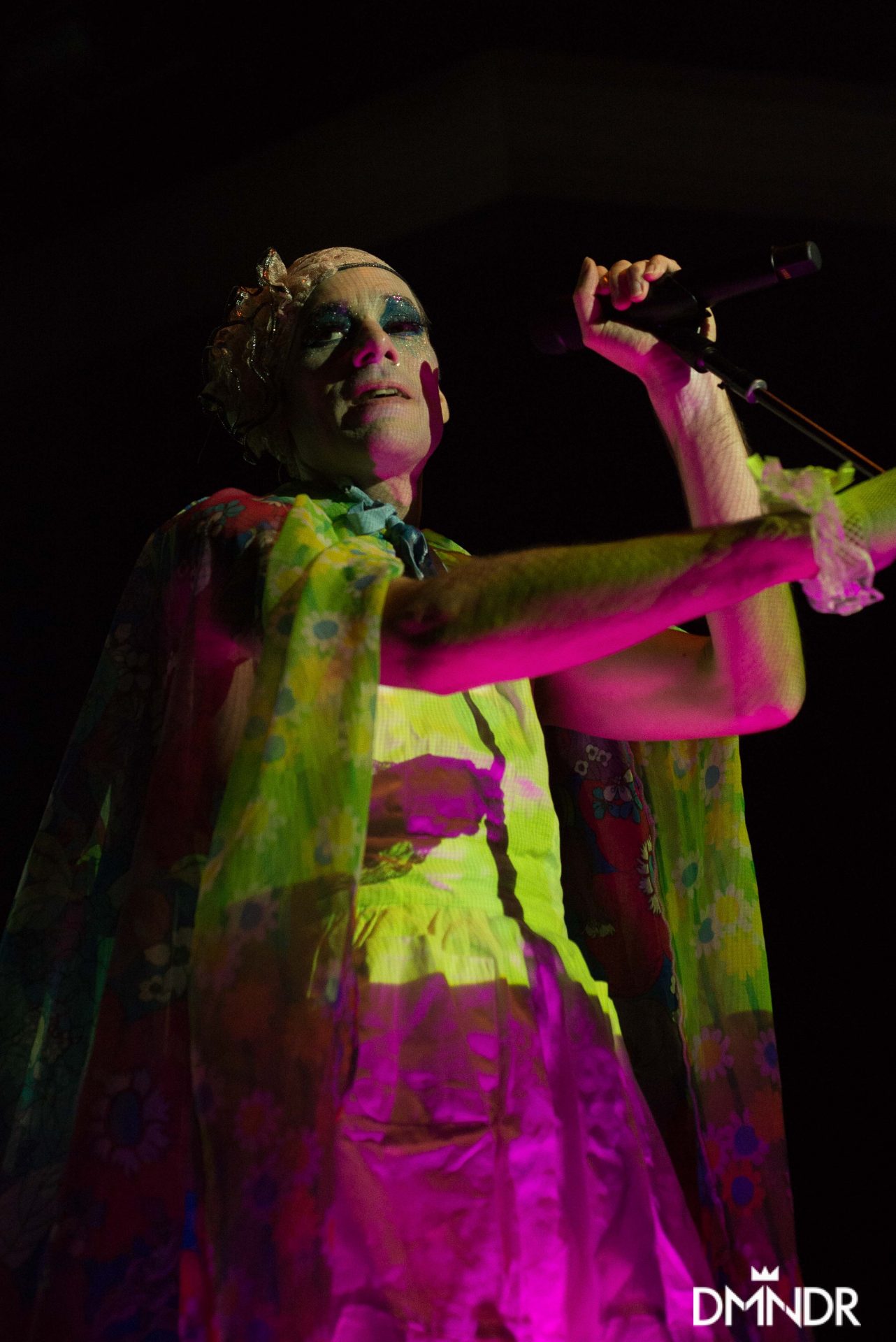 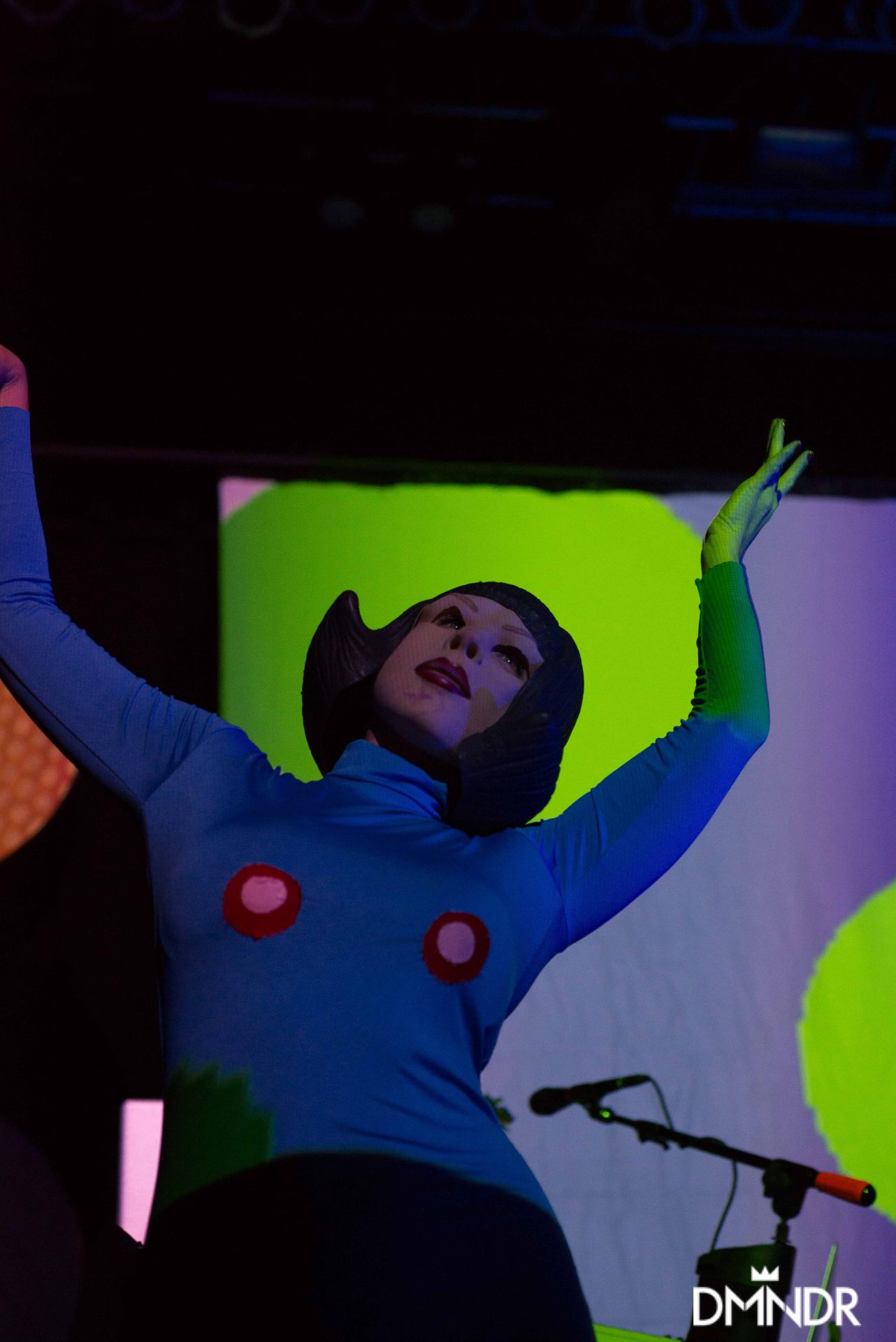 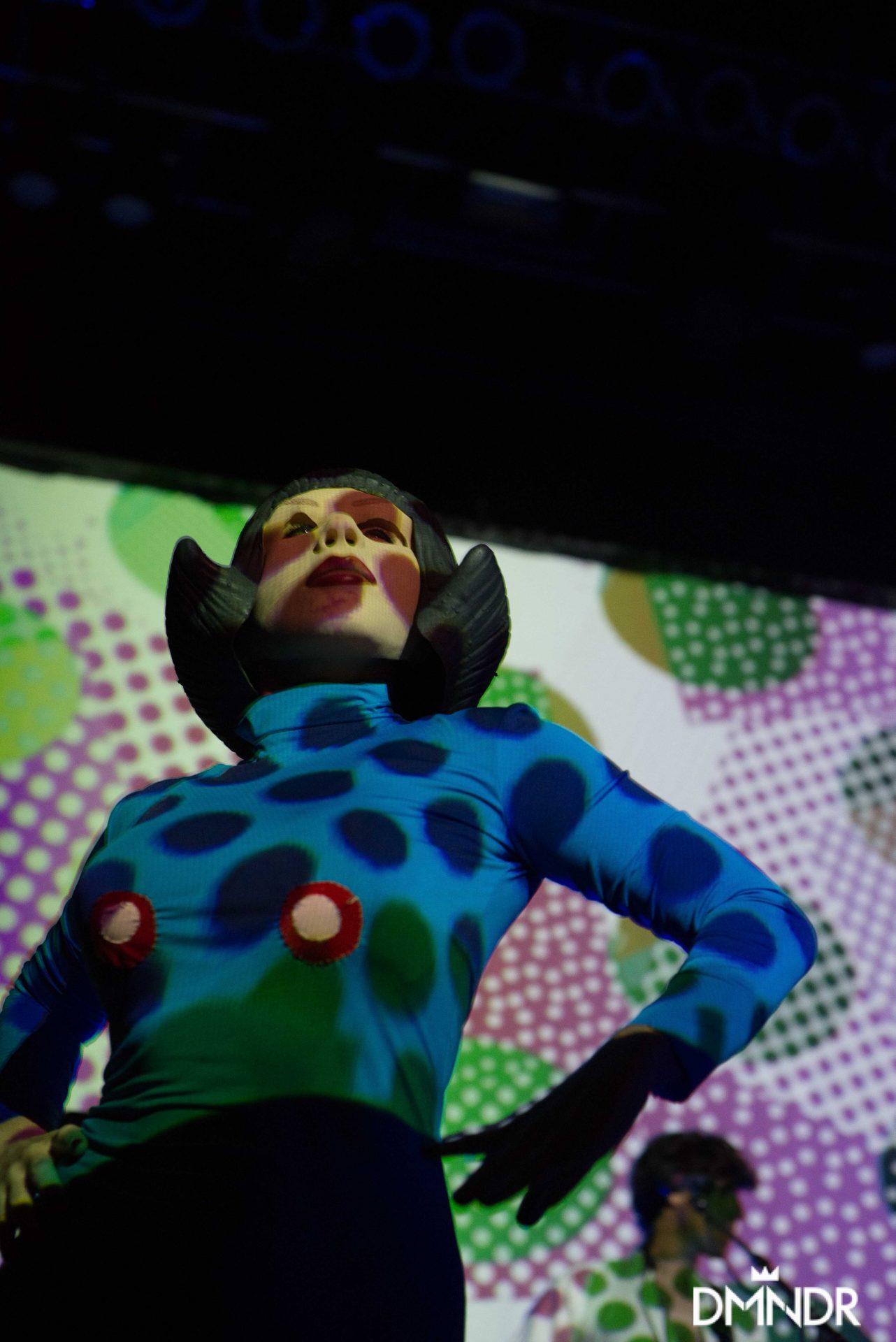 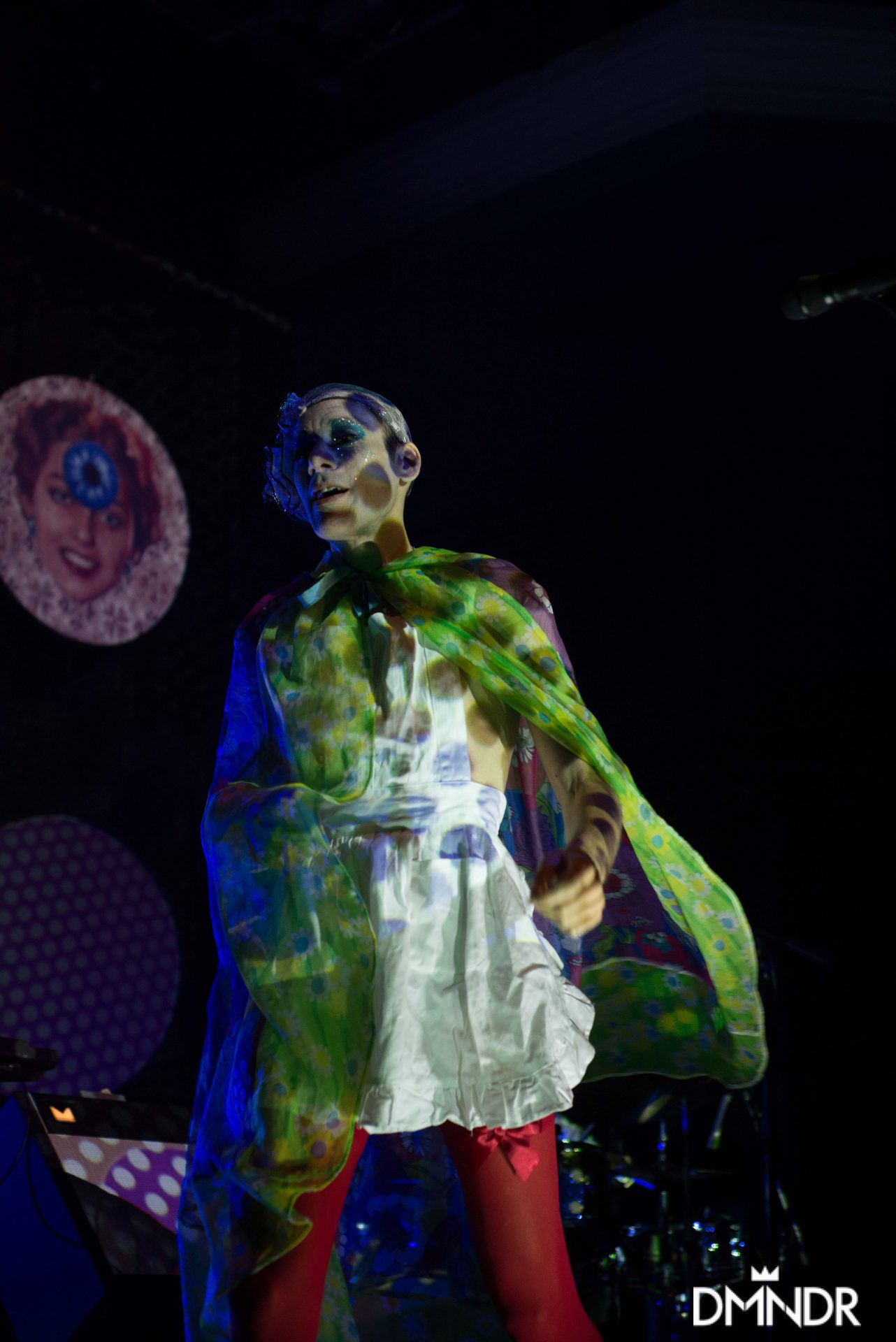 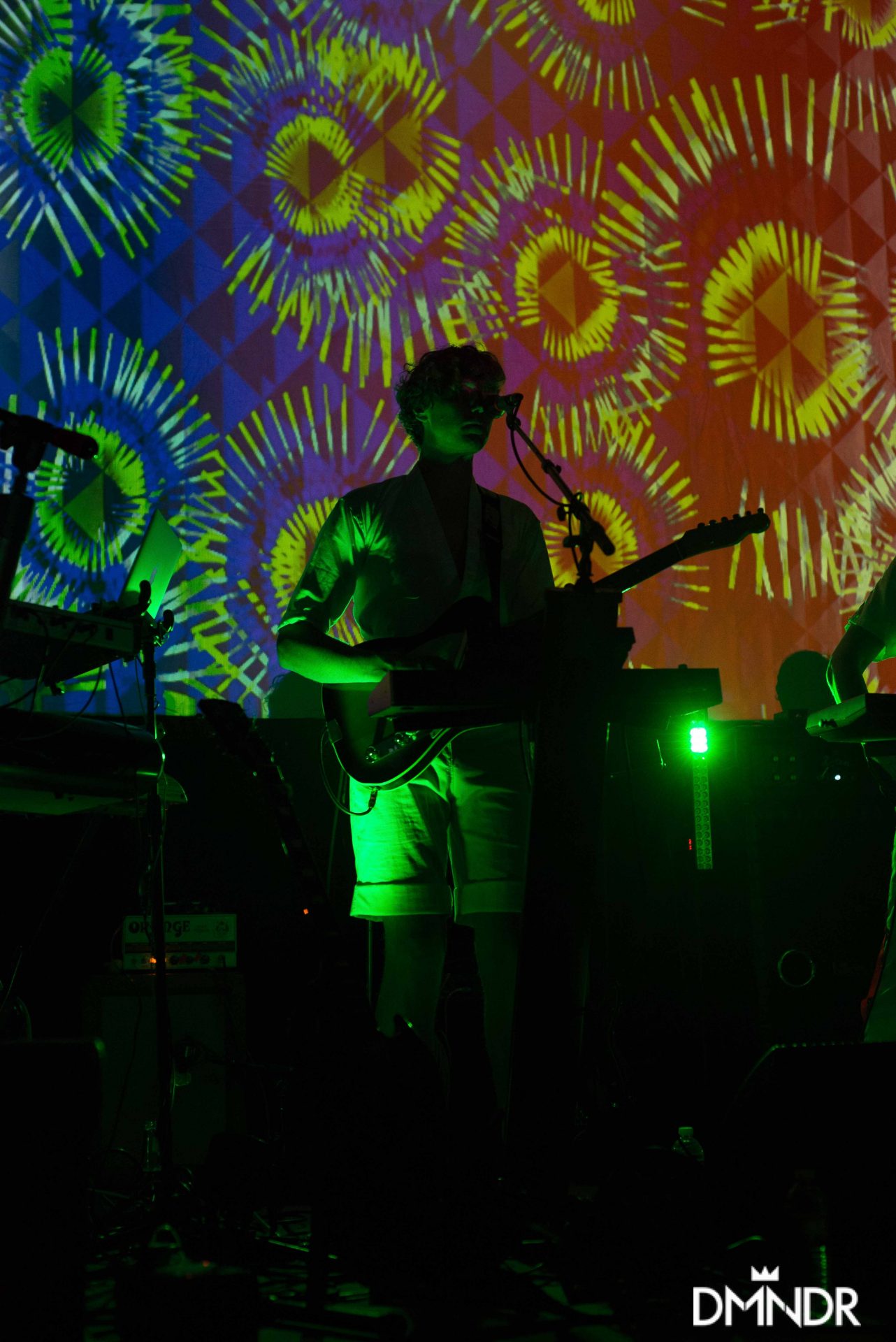 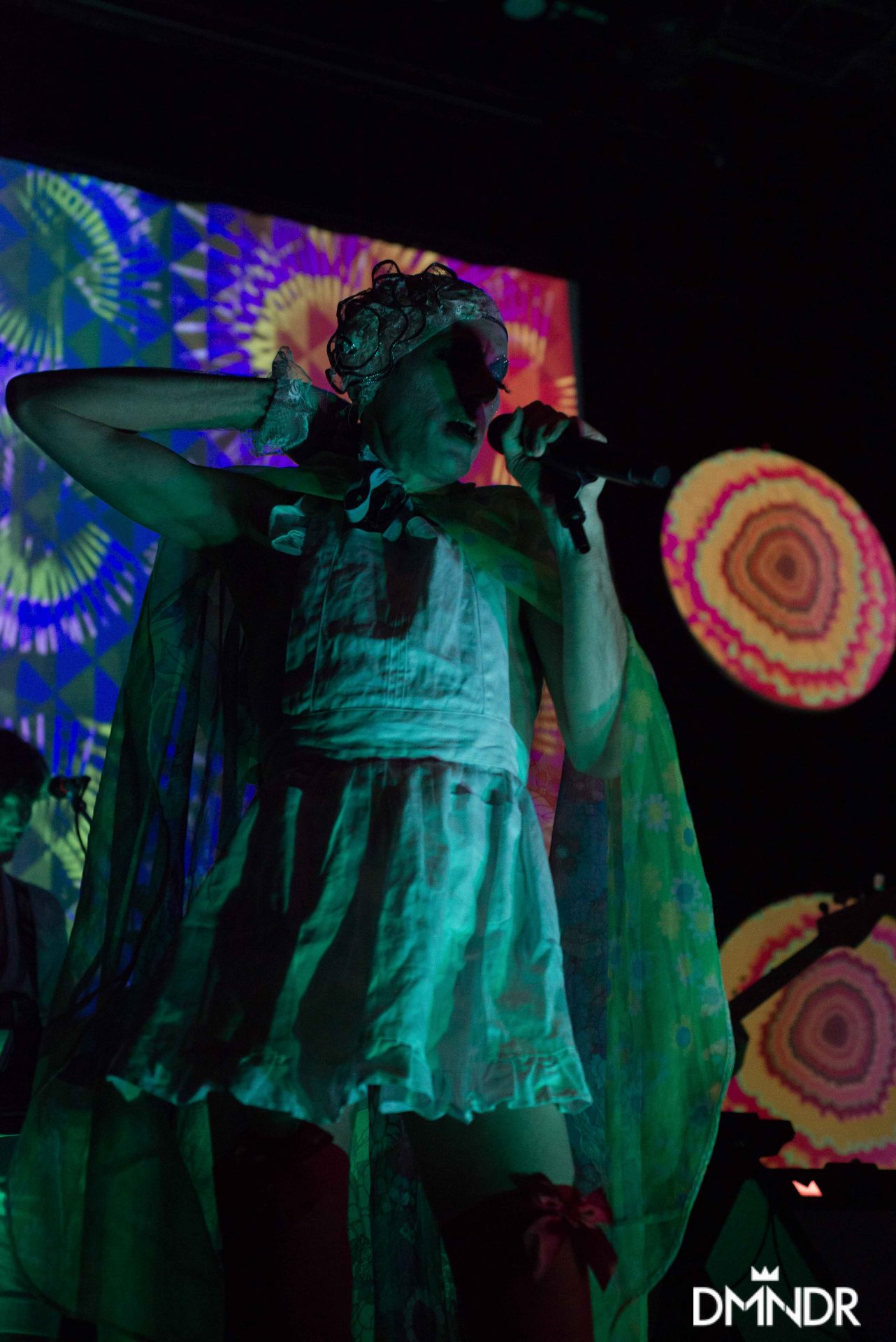 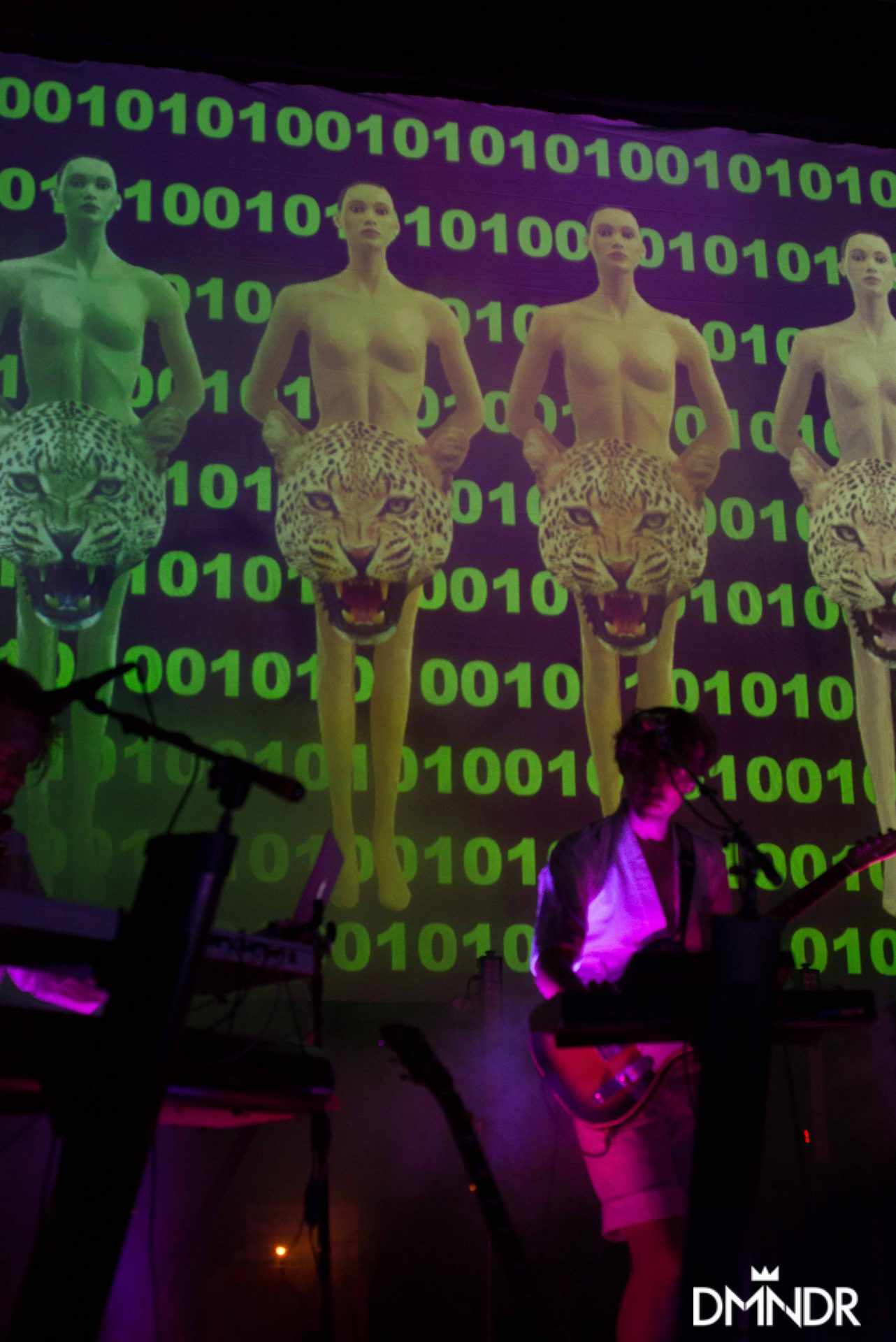 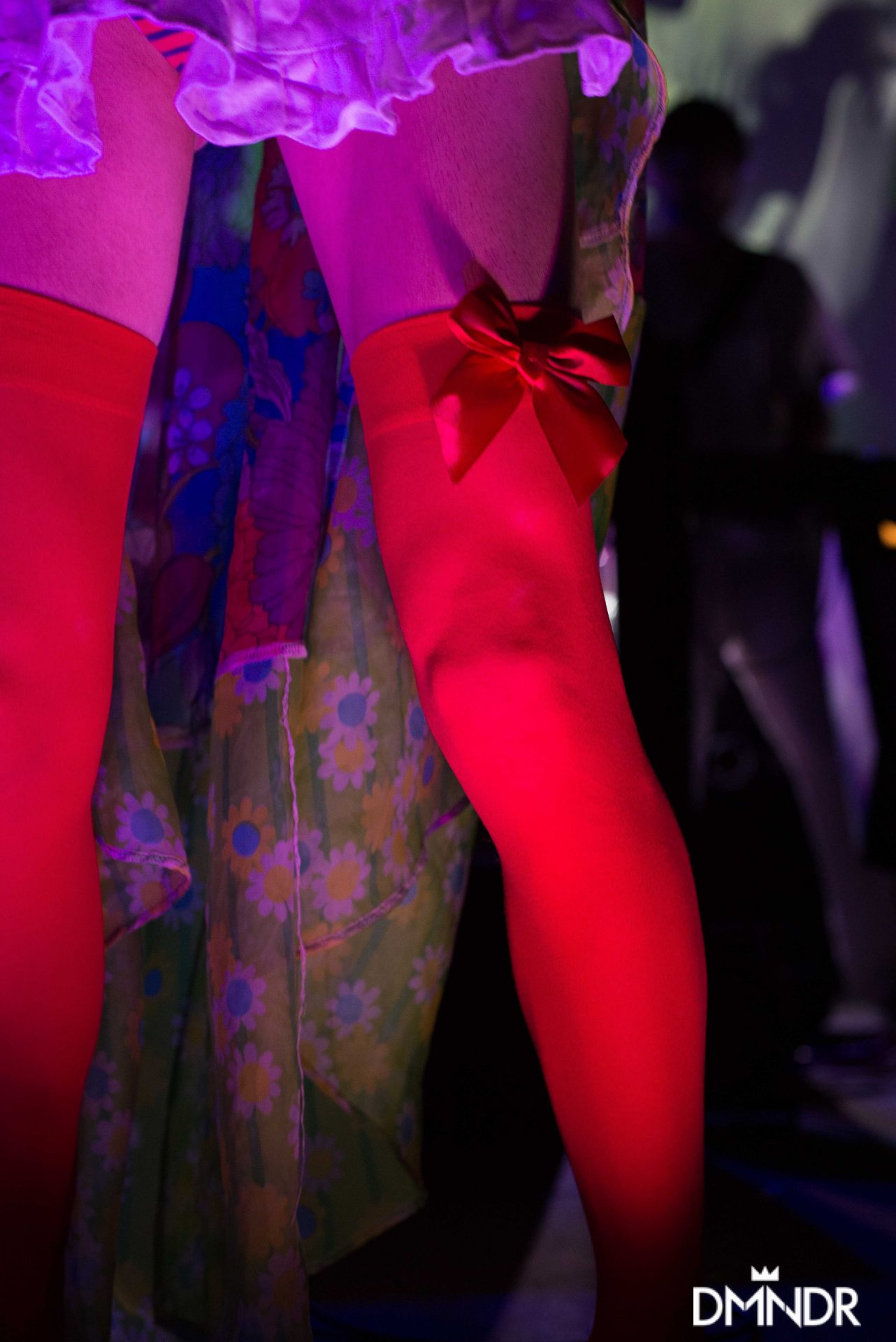 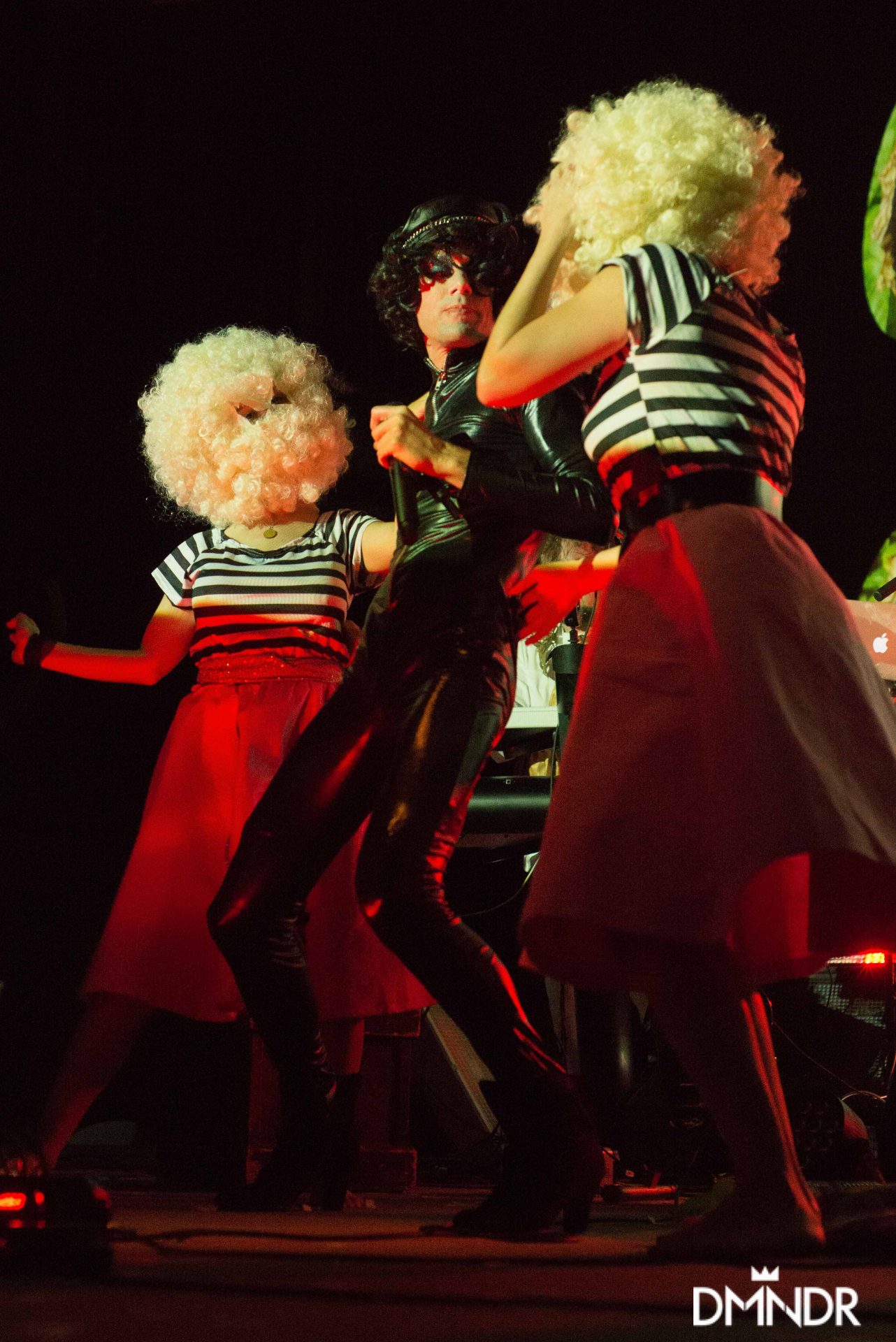 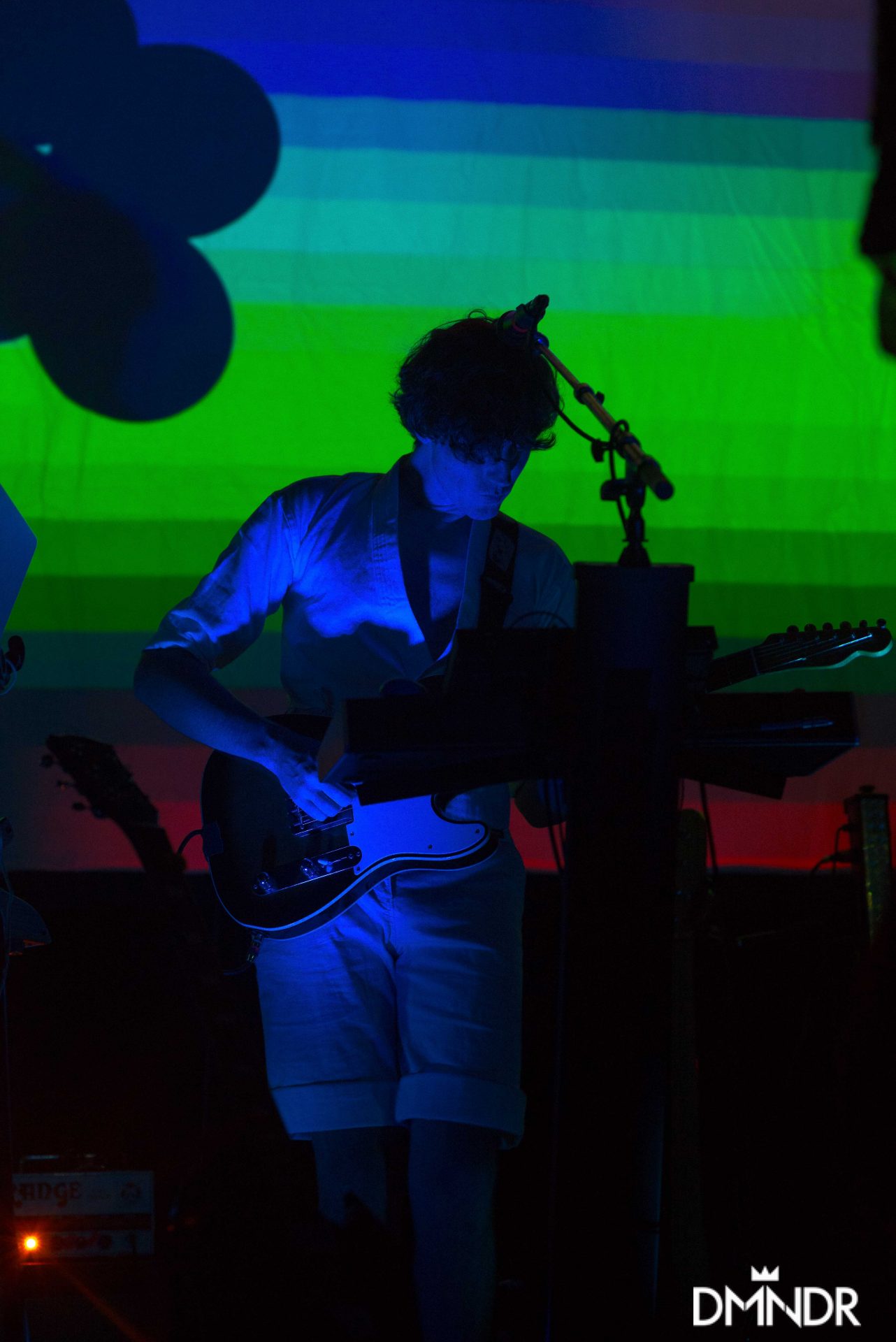 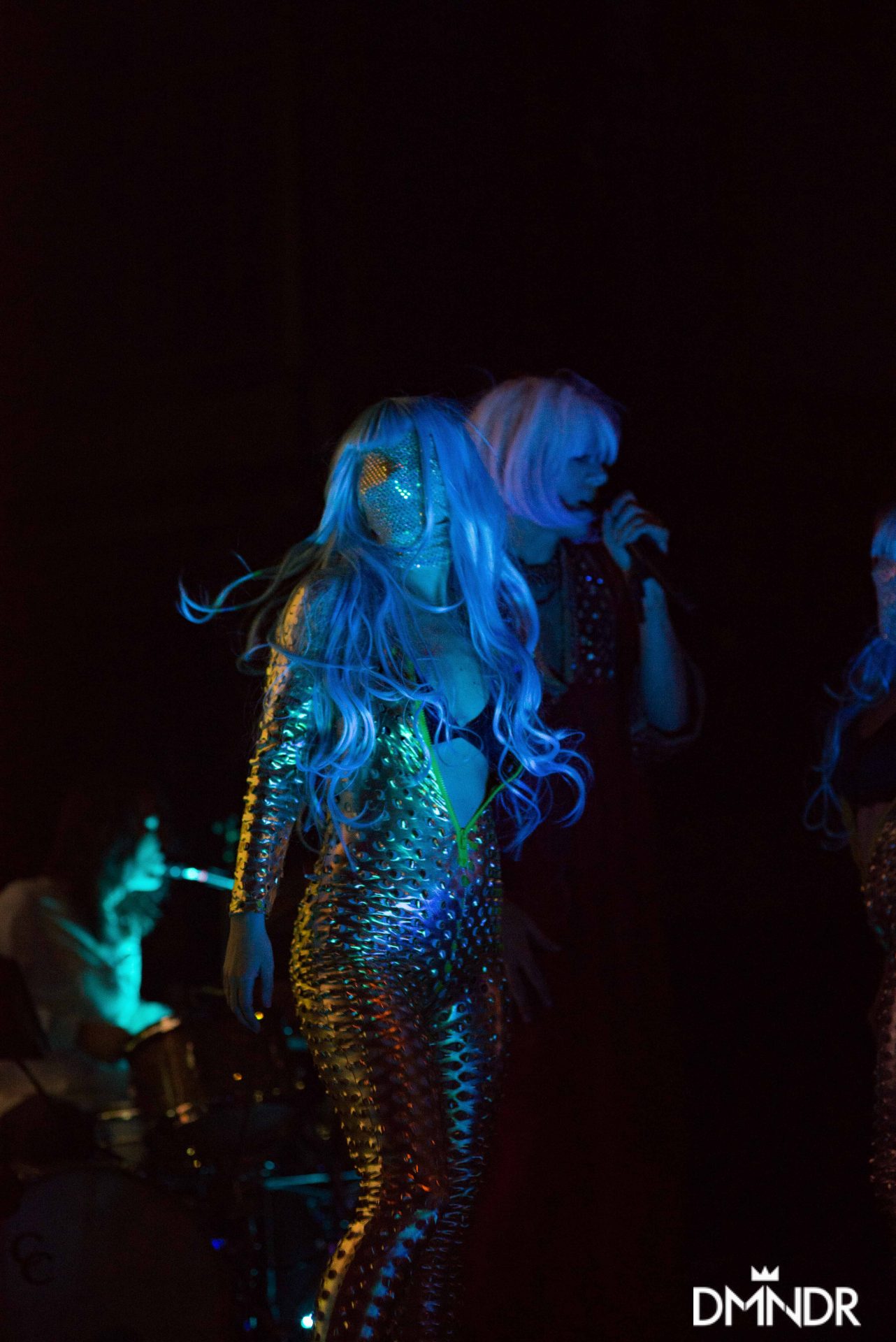 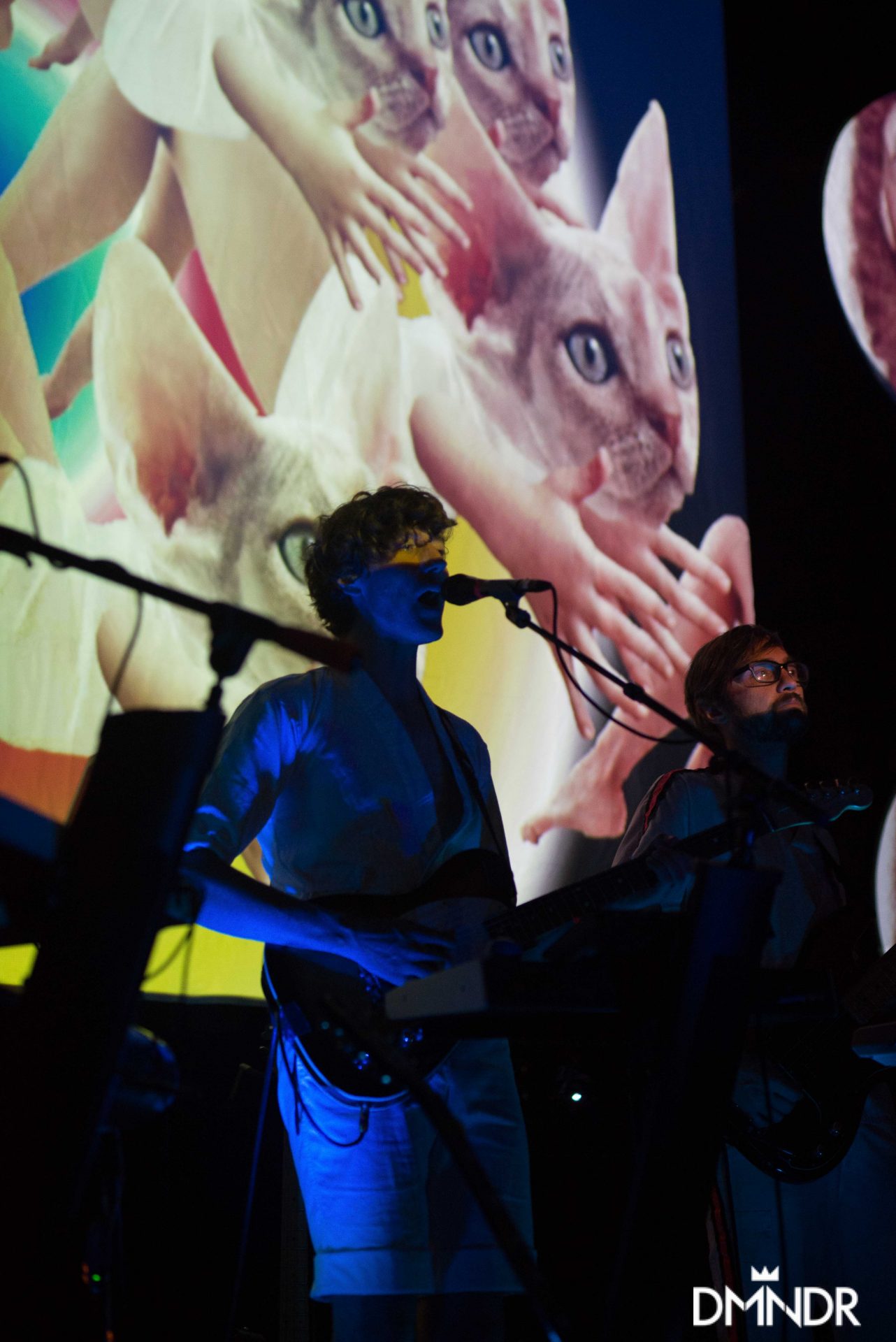