Australian band Atlas Genius have been on a steady rise for several years now, showcasing their talents both in their music and their supporting visuals. After photo covering their show at Music Hall of Williamsburg (pictures above by Jason Wien) lead singer Keith Jeffery called in to DMNDR mid-tour to chop it up with Founder John Belitsky and talk music videos, jamming, tour life, and their new album, Inanimate Objects. Atlas Genius are currently on tour throughout North America till mid December. The following transcript has been edited for clarity.

K: We’re currently in St. Louis for a show.

J: Excellent, excellent. have you played St. Louis before?

J: Do you think you guys fare better in the States? I see a lot of Australian bands say that for some reason they connect better here than they do back home. Do you find that?

K: Yeah, we think that helps a lot. Even though we’re in an age of streaming, radio is still such a huge thing, I think radio play helps a lot.  And I think that in Australia we only have one main station that kind of serves for the entire country. It’s such a limited bandwidth.

J: What station is that in Australia?

J: Yeah, yeah that’s what I thought. That seems to be sort of like the key for success for an indie band in Australia. You either get their blessing or you don’t.

K: Yeah, basically. That’s what’s so great about America. You have a vibrant college radio scene here and so many different channels to get your music out. Artists are far less limited here. 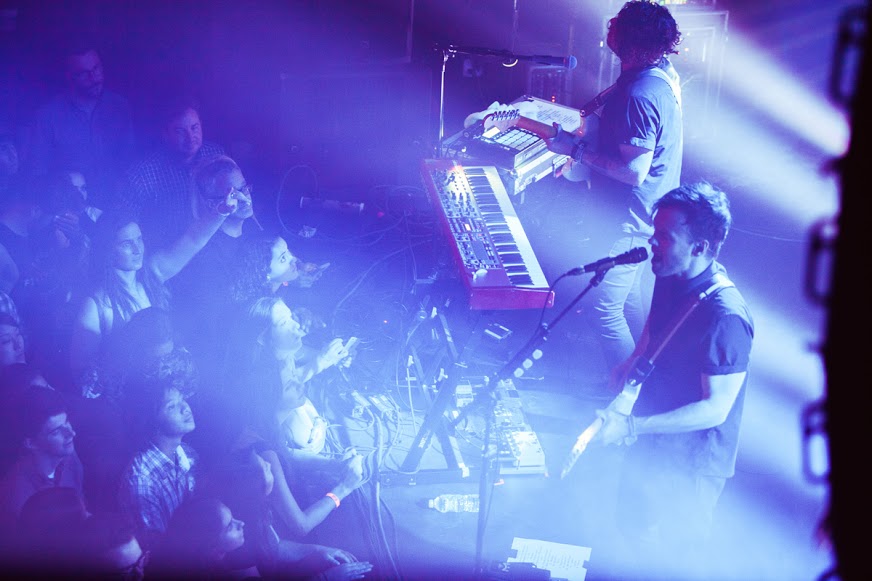 J: But your story is sort of interesting right? You guys brought “Trojans” out as a single and the internet kind of made it happen for you right?

K: Well yeah, we were putting out stuff and writing stuff, it was as indie as you could get. So we posted on some sites, and Trojans got found and put up on a few blogs.

J: Yeah when that song came out, I don’t know why I responded to it the way that I did, but it made me decide to create a TV show where I took random New Yorkers off the street then asked them “if you could go anywhere in the world, where would you want to go?” And then I took them there, immediately, as soon as they told me. And so somebody said Berlin and I said “Ok, grab your passport we’re going right this second.” I took her right to the airport and I flew her to Berlin. She’s still my friend to this day, we went there for like a week and a half.

K: You did that? You just pulled them off the street?

J: Yeah, I did that. And that was actually inspired by your song. I have no idea what the relationship between “Trojans” and Split NYC is but that’s what happened. That’s what your music did to me.

K: You’ll have to send me the link.

J: Actually, I put together a pilot for it and I started pitching it because I thought this would be a great thing to do with people. Just grab them and take them anywhere in the world and have these immediate, spontaneous interactions with them. So I pitched it to a bunch of networks and production companies, and nothing happened. Then Expedia ripped me off completely. Like frame for frame they took my pitch reel and ripped it off. But I’m still friends with this girl. Actually, I reached out to your management back then, this was 2012, and I was talking about it and they were supportive. They were like we’ll give you the song for it just give us the reel. Then Expedia ripped me off, but I think your music kind of has that wanderlust-y, Australian kind of nature. It’s hard to explain but I think it’s in there.

K: Yeah, as a musician the ideas you’re communicating are so complex, sometimes you don’t even know what you’re putting out there.

K: Absolutely, and that is part of the magic of music. For sure. 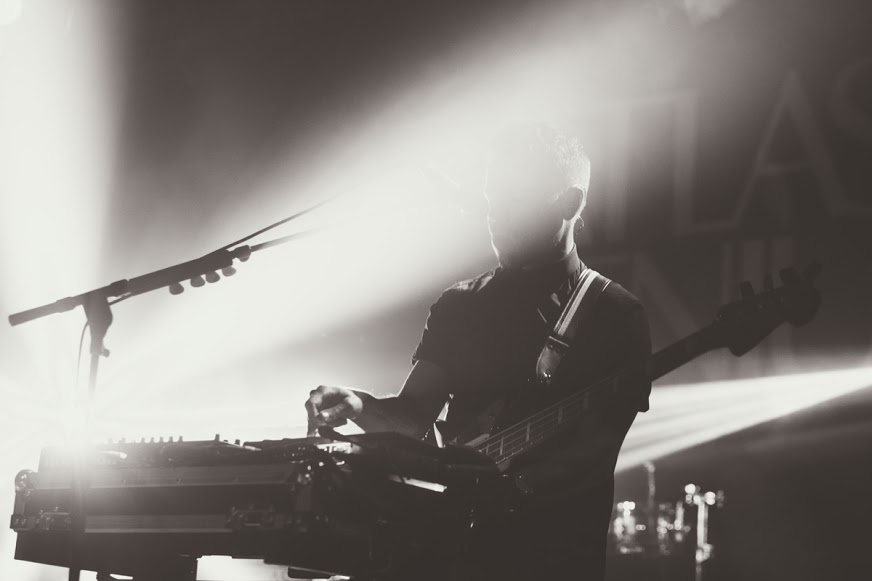 J: So how did you link up with Claire (Claire Marie Vogel)? And how did she start making your music videos-what has that process been like? Was that just all through Warner?

K: Yeah, well it’s really just an easy process with her, we first met her over at Warner’s. Everything she does is great. Back then she was sort of this junior, but she’s climbed the ranks and become really great. When we first met her she was just shooting b roll- she’s very talented!

J: So what is that like? Does she come up with these ideas and bring them to you, or do you guys collaborate on putting together the stories for them?

K: She comes up with really great ideas, and finds some really good actors. The little boy for example and the two little girls in “Trojans” and in “Symptoms” — all of them really. She’s done a wonderful job with casting and conceiving those videos.

J: What about your songwriting process? That’s a bit more involved it seems. I mean, Inanimate Objects took over a year right?

K: Yeah way too long, it took forever. It felt like a lifetime.

J: What took so long? Did you painstakingly pour over it or was that just what every song needed to come together?

K: Well, I think yeah, in 2013 I went to Australia after touring, and I was by myself because my brother was in the US. And I started making music unlike how I’ve ever done it before, by myself here in the studio. So coming off tour everything came to a halt, and I was basically really by myself. And it was lonely and slow. I didn’t know exactly how to deal with that. And then I moved to LA for three months, so that was an adjustment too,  and everything was very different to what I’ve done before.

J: That sounds terrible. That sounds really anxiety riddling. You’re by yourself, trying to come out with a sophomore album. Everyone knows about the sophomore slump. You’re totally isolated, you need to try something new, you don’t know what to say but you know everybody is waiting to listen. You don’t have your brother with you. I mean that sounds like a total shit show.

K: One of the great things about being in a band is that you got this team of people, you’ve got your band to support you. But it comes with all kinds of insane anxiety and depression when things slow down, like when you come off tour. You find yourself a little lost really, because you have all that energy and the camaraderie on tour, and then, nothing. 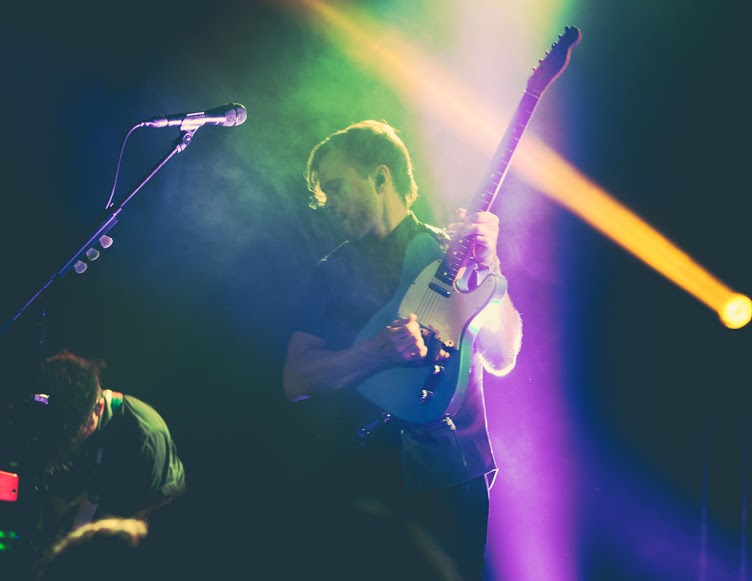 J: So what are you doing now? I mean obviously you’ve got to keep something in front of you and keep chasing it or your brain will self destruct.

K: Well, I mean I’m still on tour now, so I’m still moving around. And recently actually I wrote a song ,not a song to release, just a song — just something playful so that I could collaborate and jam kind of like how it is when you’re playing with friends, and I really liked that.

J: We find that so important here. We have bands come through all the time and just play — cameras off, we’re not capturing the audio, we just have people play. In the literal sense, just playing. And it’s very exciting to be a part of that, and explore and tease out ideas. It makes for great ideas and vibes. So, you’re invited. If you ever wanna play with us and our people, stop in next time you’re in NYC.

J: There ya go Keith. Look forward to it. Ok, I’ll let you get back to it. Enjoy the tour bud. Really great chatting with you.

K: Likewise! I quite enjoyed the chat!.