When I was first approached to cover the Northside Festival, admittedly I’ve never heard of it before. I proceeded to ask my good friend Google, what this festival was all about and he (she?) proceeded to tell me that Miguel is the main headliner and that there will be 350 bands performing all over north (get it, Northside?) Brooklyn. This sounded like my type of event.

Because the festival spanned across a myriad of venues, I had to choose wisely what shows to attend. I settled for McCarren Park on Thursday and Saturday, and The Well in East Williamsburg on Friday. Going in, I had no idea what to expect since I have haven’t attended a music festival prior to this weekend (I’m already 23, so I guess it’s better late than never, amiright?). I was kind of nervous because I wanted to do a great job, but I was also super excited for the opportunity. What resulted, was three days of unbelievable fun and an amazing experience for a music lover and photographer.

My first bout with a photo-pit. It was a doozy.

The McCarren Park stage had three acts that night consisting of Jay Som, Kamasi Washington, and Dirty Projectors as the headliner. I wasn’t familiar with the two openers but I was looking forward to them nonetheless.

Jay Som began their set with soft indie rock songs from their repertoire that seemed all too appropriate for the sparse 6:30 crowd on a Thursday evening. Consisting of the classic four- member band, they jammed with a vibe that had the few in the crowd swaying back and forth to the melodies. Surprisingly however, and pleasantly so, they ended their set with some serious rocking out. A guitarist with a nifty mustache performed some solid solos and the drummer did his thing as well (drummers like to show off).

Kamasi Washington and his band turned out to be one of my favorite artists during my time at Northside. Kamasi plays a mean saxophone while being accompanied by a trombone, bass, keyboard, clarinet, flute, drums, and vocals. What really stood out and made the performance enjoyable besides the wonderful afro-jazz funk music, was that each song played exhibited a solo from a different instrument which acted as a form of introduction of the band member. The highlight of their ensemble I thought was the lead singer; a woman who was dancing to the music like no one was watching. Sassy and sultry movements in coordination with the sax and rest of the band. Kamasi Washington was certainly a treat to watch and listen to.

If there was one word to describe the headliner, Dirty Projectors, it would be ‘loud’. And not necessarily through the duration of the show, but at many points, the heavy electronic sounds, almost screeching, blared through the speakers incredibly. Front man David Longstreth has a unique and soft voice that somehow worked quite well with the instrumentals. The singing style is best described (in my choice words) as “choppy sing-song” which stays in great rhythm with the profound electronic sounds. Mixed in with some synthesizer, background trumpets and percussion instruments, Dirty Projectors put on a pretty cool show.

The Well featured 9 artists of varying sounds and I really just wanted to share my thoughts on the standouts. Firstly, I chose to come to this venue because I wanted to see Frances Cone, a band from Brooklyn who I saw open at another venue around a month ago. I was blown away by the voice of their lead singer Christina Cone, and lead guitarist Adam Melchor. Their musical style is alternative mixed with a tinge of folk. It doesn’t break any lyrical or instrumental boundaries, it’s just good. Period. (Shoutout to The Spiceman). Their performance at The Well was as good as expected. Cone showed off her beautiful vocals and the rest of the band played with the same passion I saw and fell in love with from a few weeks back.

Another outstanding and really fun act that caught my attention was The Dig. The bleach colored hair lead singer came on stage with his band mates and put on a pretty awesome rock show. With the sounds of guitars and drums streaming through the crowd I had a pretty surreal moment. I think it was the pink background lighting that illuminated the band and subsequently the overhang above the outdoor stage, in addition to a bubble making machine working overtime, I had a pause in the midst of my mad shutter pressing to just enjoy and appreciate the music and the setting. It was an innocuous moment from an outsider’s perspective, but within, I was taking a momentary breath and just let the music set in and truly appreciated where I was and what I was doing. Looking back on it I actually think it came smack dab in the middle of my festival experience. Pretty cool stuff, in my opinion.

One band who’s music I know I’m definitely adding to my iPod (people still have those right?…I’m not a hipster, I swear) is Salt Cathedral. Composed of just a vocalist and a guitarist, Salt Cathedral had me feeling every pulsating thump throughout my body. It even encouraged me to dance along and jump with the rest of the crowd. An aside that’s relevant to this particular retelling is that there were two stages at The Well: an indoor and outdoor one. Why this is relevant is that the indoor stage actually had some pretty poor vocal acoustics that made it sometimes difficult to understand the words that were being sung. However, on the flipside the music and instrumentals were that much stronger. Salt Cathedral fully benefitted from this because their thumping bass heavy music was literally felt and it added that much more to the overall performance.

Honorable mentions (This is not to say every band wasn’t good, in fact I enjoyed all the bands very much, but some were of course better than others): Two more memorable acts include Wilsen and Monogold. Wilsen went on relatively early in the night but what stood out besides the angelic voice of their lead singer, was her whistling in the song “Final”. You may say it’s fake news, but I swear she called upon a mythical unicorn with that magical whistling. Yondu would be proud (shout out to Guardians of the Galaxy).

Lastly, there was the final performance of the night, Monogold. I’ve never listened to their music so I had no idea what they were about to do. Two guys with guitars, a guy on electric bass and a drummer came out on stage and I assumed they’ll be just another indie rock group. Boy was I wrong. Remember how I said the music pulsated through my body during Salt Cathedral? Well these guys turned the sound up 100 times and played a set akin to what I imagine a Metallica concert is like. I later come to find out that their Spotify sounds a lot more calm and smooth than what I experienced on Friday night. I’ve never been to a heavy metal concert but I felt like I was inside of one. They almost tore down that indoor stage with the sheer acoustics coming from their guitars and drums. It was insane. The crowd was going nuts. I thought the tiny sweaty room would become a mosh pit, but (thankfully) it did not. It was one hell of a way to end the night.

The day I’ve been waiting for since I got confirmation on my press pass. Miguel was headlining and I was ready for all his glory. Saro, a LA born R&B artist opened, followed by BJ the Chicago Kid (guess where he’s from). Both were solid and BJ turned out to be a man of many talents. He sang, danced, and played bongo like drums, which made the set extra lively. But the main event was what everyone showed up early for to get a good spot.

Being allowed to go into the photo pit and take photos of such a high caliber artist up close, is definitely one of the coolest things I’ve had the chance to do in my life. HE WAS RIGHT THERE IN FRONT OF ME! Ok, fan boy crying aside, Miguel was awesome. His most recent album, Wildheart, was very psychedelic rock-ish and he brought that feeling to his concert. I was expecting him to seduce me with his beautiful ballads, but instead I was blown away by guitar solos and a heavy emphasis on drums. His voice of course didn’t disappoint live, despite him claiming to have technical difficulties mid-show. Miguel did an amazing job working the crowd, at one point having two sides of the audience dance battle with a two-step. The setlist featured hits from Wildheart and singles like “Adorn You” and “Do You Like Drugs” from Kaleidoscope Dream. Sometimes you wonder why some artists are so popular and have chart topping singles, well there’s no doubt as to why Miguel is a superstar.

Well, I think I’ve written enough, and provided a fairly in depth (maybe too in depth) review of my 2017 Northside Festival experience. Fucking awesome. Concertlembo, out. 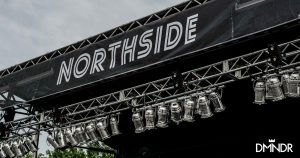 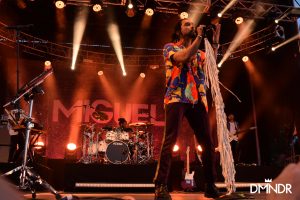 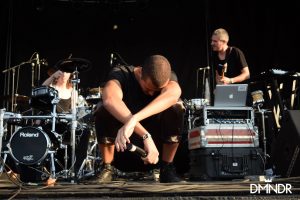 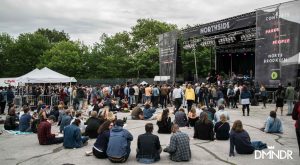 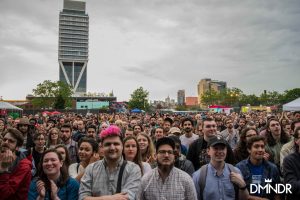 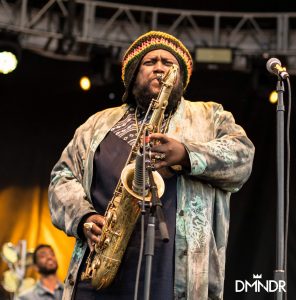 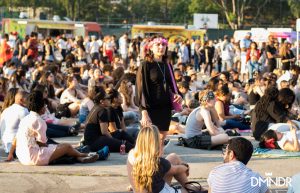 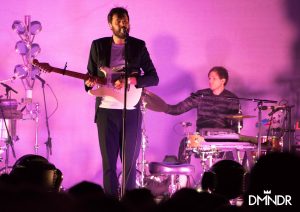 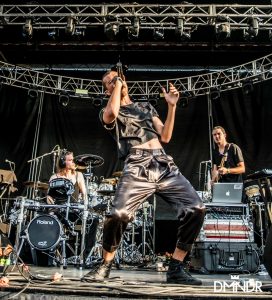 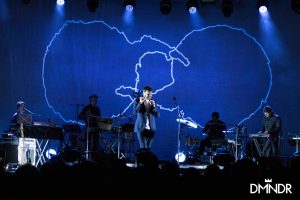 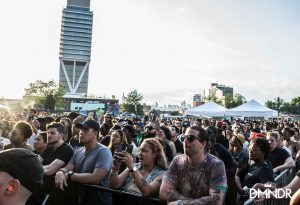 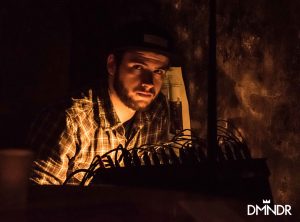 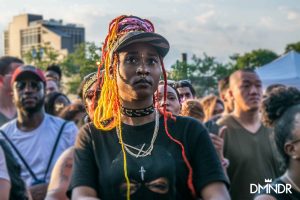 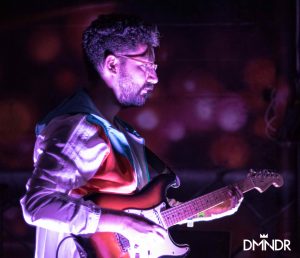 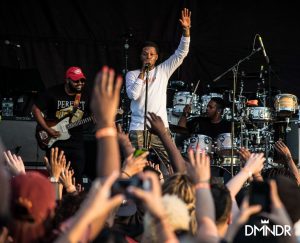 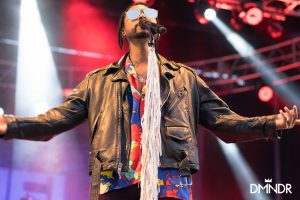 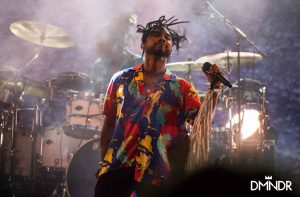 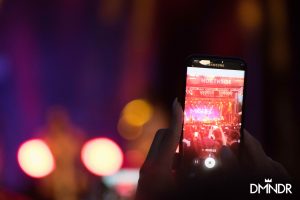 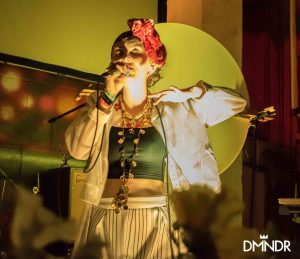 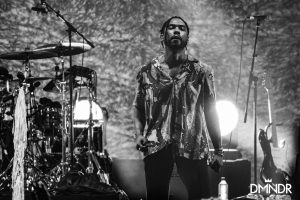 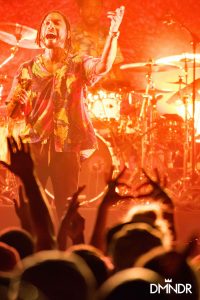