OK, So Fuck Earth. Now What?

Good morning, Earth. Today is a new day. Anything is possible. Yesterday you saw the United States of America’s President behave like a disgruntled orangutan and throw his own feces at zoo visitors. You were shocked and dismayed when Trump took a dump on our planet, effectively abdicating the USA’s role on the world stage before heading to the Supreme Court and petitioning to have the Muslim Ban reinstated. Internally, you wondered to yourself in the voice of James Earl Jones- “what the actual fucking fuck?”. But fear not fellow citizen of this fair planet, for there IS a bright side. In fact there are a few. Let us list some silver linings to this bronzed buffoons bullshit to get you through the day and end your week on a bright note:

Sub-Saharan dictators always seemed so impossibly silly. They said crazy shit and killed people and stuff. But every one of those dictators signed the Paris Agreement. Even Teodoro Obiang Nguema Mbasogo of Equatorial Guinea, who has been accused of literally eating the brains and testicles of political adversaries he ordered killed. Please pause and re-read that sentence. Now skip to Nicki’s poignant lyrics /first things first I eat your brains/.

This dictator is *actually* a monster, and yet he thought it wise to deal with, you know, the fact that our planet is currently in the universe’s microwave, and we’re all gonna fry. But not Trump. Fuck that. Why would he agree to support something that doesn’t even have his name on it? Which leads us to the next silver lining….

2. If The US Re-Enters the Paris Agreement, It Can Finally Be Renamed

“The Paris Agreement” has kind of a shitty ring to it. Like the 1992 Kyoto Protocol, nowhere in the name is there any mention of Donald J. Trump. And that’s a non-starter, obviously. Trump only does shit named “Trump”. There’s only one “Paris” Trump can get behind, and it’s right here in America. 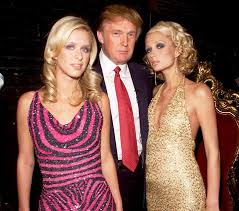 The Trump Climate Agreement has a much better ring to it. We can type that agreement up on slabs of coal and sign it in endangered animal blood before hoisting it onto the side of a skyscraper.

3. The USA Is Bigly Exclusive

With the the United States joining only Nicaragua and Syria as Paris Agreement holdouts, we join an impressively small club of dickheads. That club gets even more exclusive when you note that Nicaragua refused to sign the accord in a symbolic gesture to draw attention to how insufficiently austere its measures to curb carbon emissions are, saying “it did not do enough to protect ‘Mother Earth,’ in a symbolic protest after the deal had been formally adopted.” So Basically its the USA and Syria. Fucking Syria. We joined the nation that just launched a chemical attack on it’s own people by electing Agent Orange.

4. It Really Can’t Get Any worse Than This

So what to do, right? Well, with global temperatures rising and sanity slipping away, might we recommend a refreshing beverage? Bronx Brewery makes a delicious pale ale. Slap as many down as you can and watch this shitstorm roll in over the next (hopefully not) 4 more years. 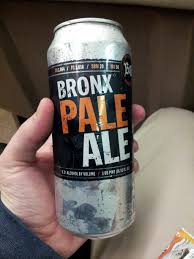