Seattle’s Garage Rock band, The Murder City Devils performed to a packed crowd at Portland, Oregon’s rock n roll and burlesque cabaret nightclub Dante’s. Originally formed in Seattle in 1996,  TMCD took a break in 2001 and performed intermittently over the next few years. Their most recent release,  The White Ghost Has Blood On Its Hands Again was put out in 2014, and has a bit of a cult following. They have since returned to regular touring.

Opening act Corey J. Brewer performed a one-man experimental musical art show featuring only himself and a laptop computer. He sings a musical fusion versus standard lyrics producing a psychedelic flow feel to his sound. Constant Lovers, who also opened,  is a five-piece percussion based garage band featuring three percussionists including timbale drums with the lead singer also on saxophone. It is a hard-driving, hard-hitting sound and feel.
At the top of the ticket, The Murder City Devils five-piece band whipped the crowd into a frenzy with their hard-hitting garage style. Trying to shoot photos close to the stage was difficult due to all the fans knocking into me as they thrashed to the music! The room was packed to the gills with anxious fans with more standing outside in the rain, all at 25$ a head!
Lead singer Spencer Moody took control of the crowd from the opening moment of their set. His singing was strong, clear and powerful. Their sound was hammering, loud and raw. 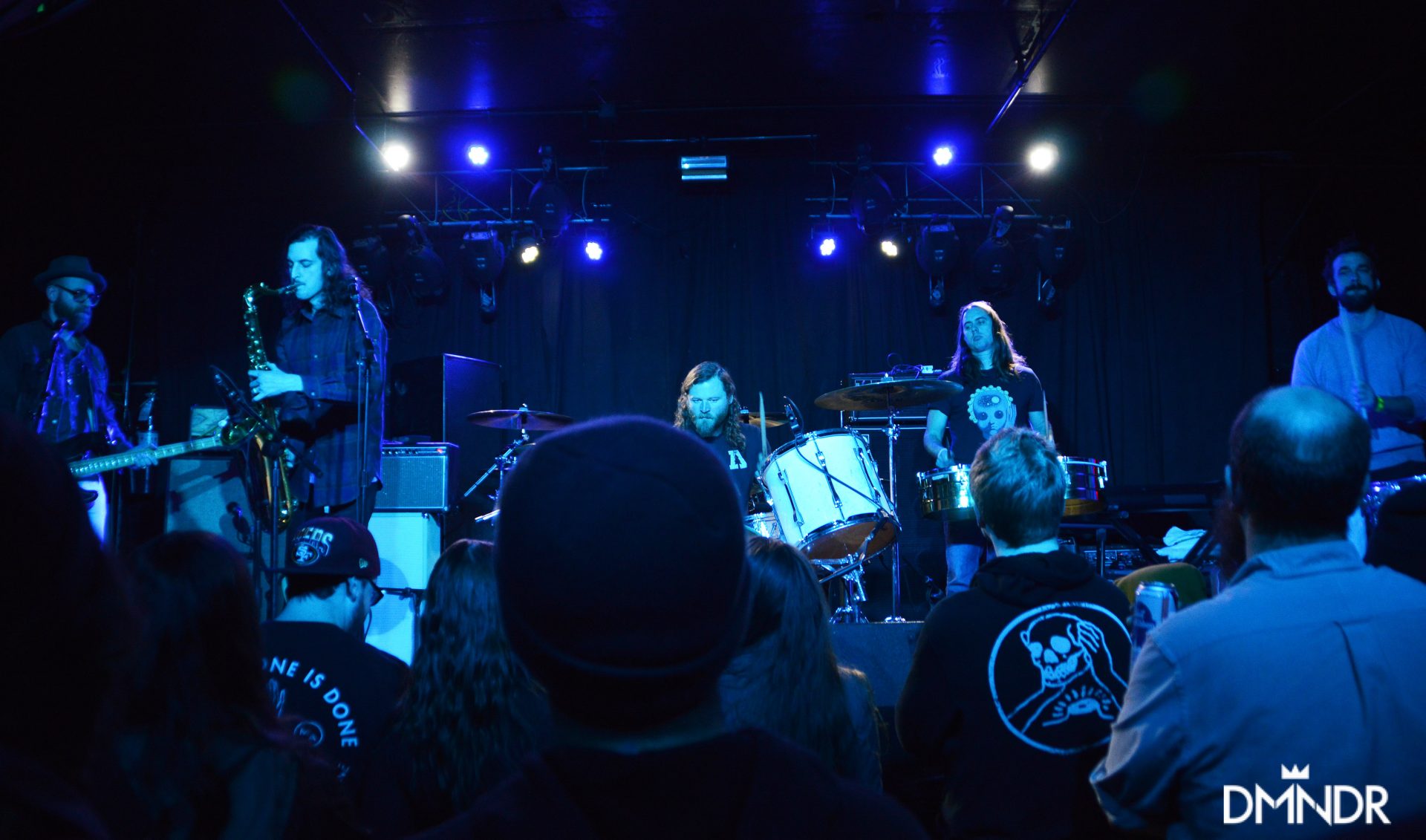 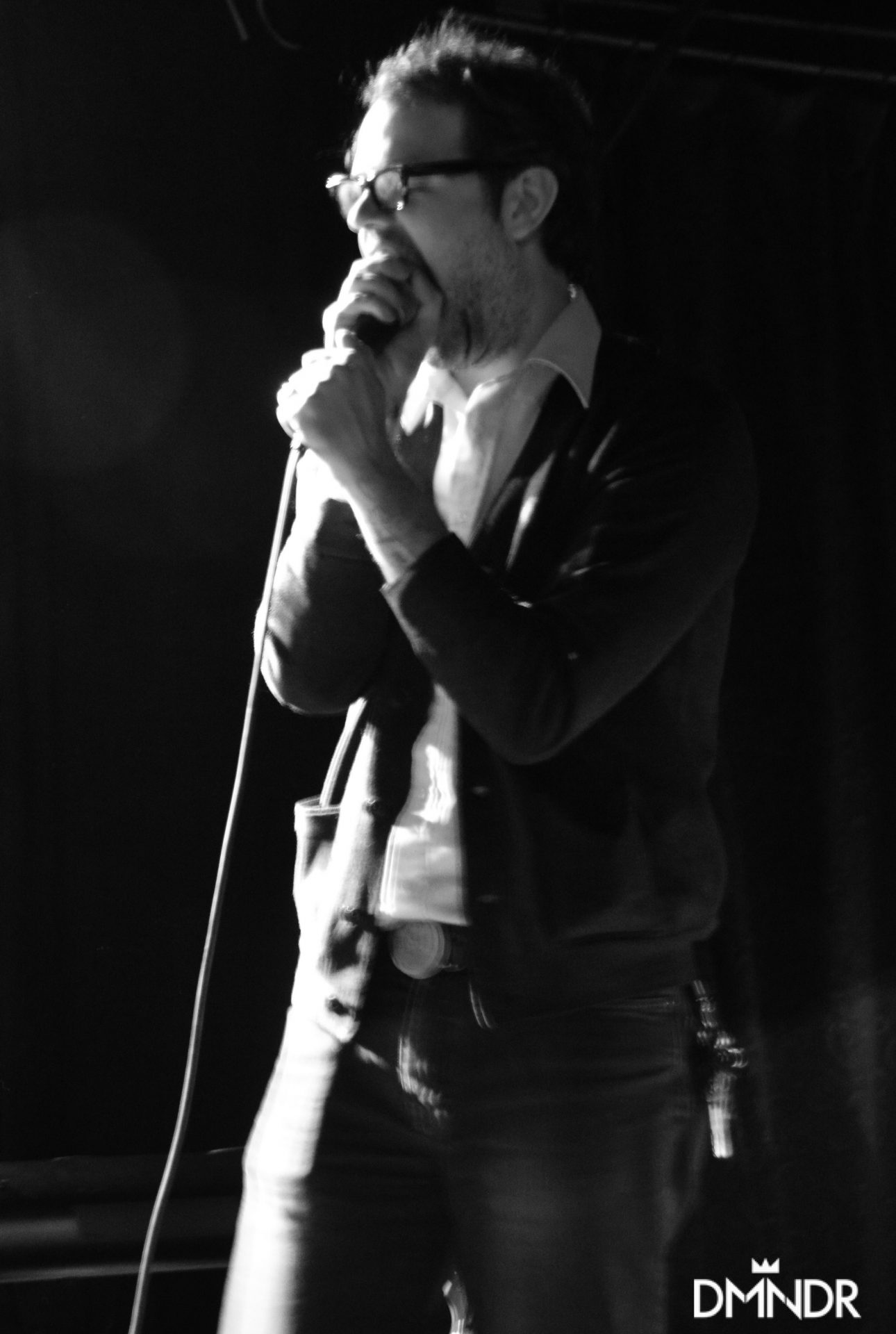 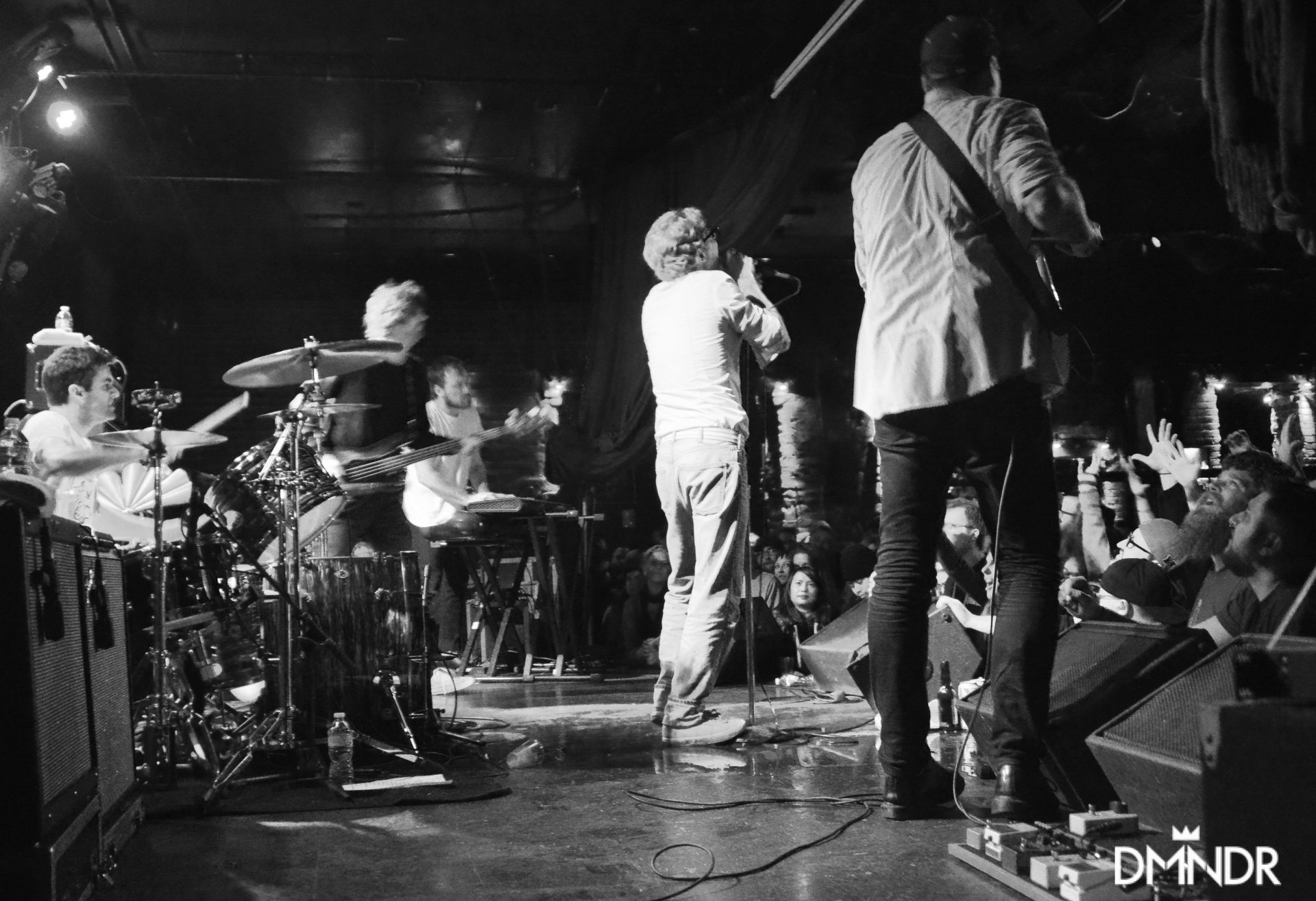 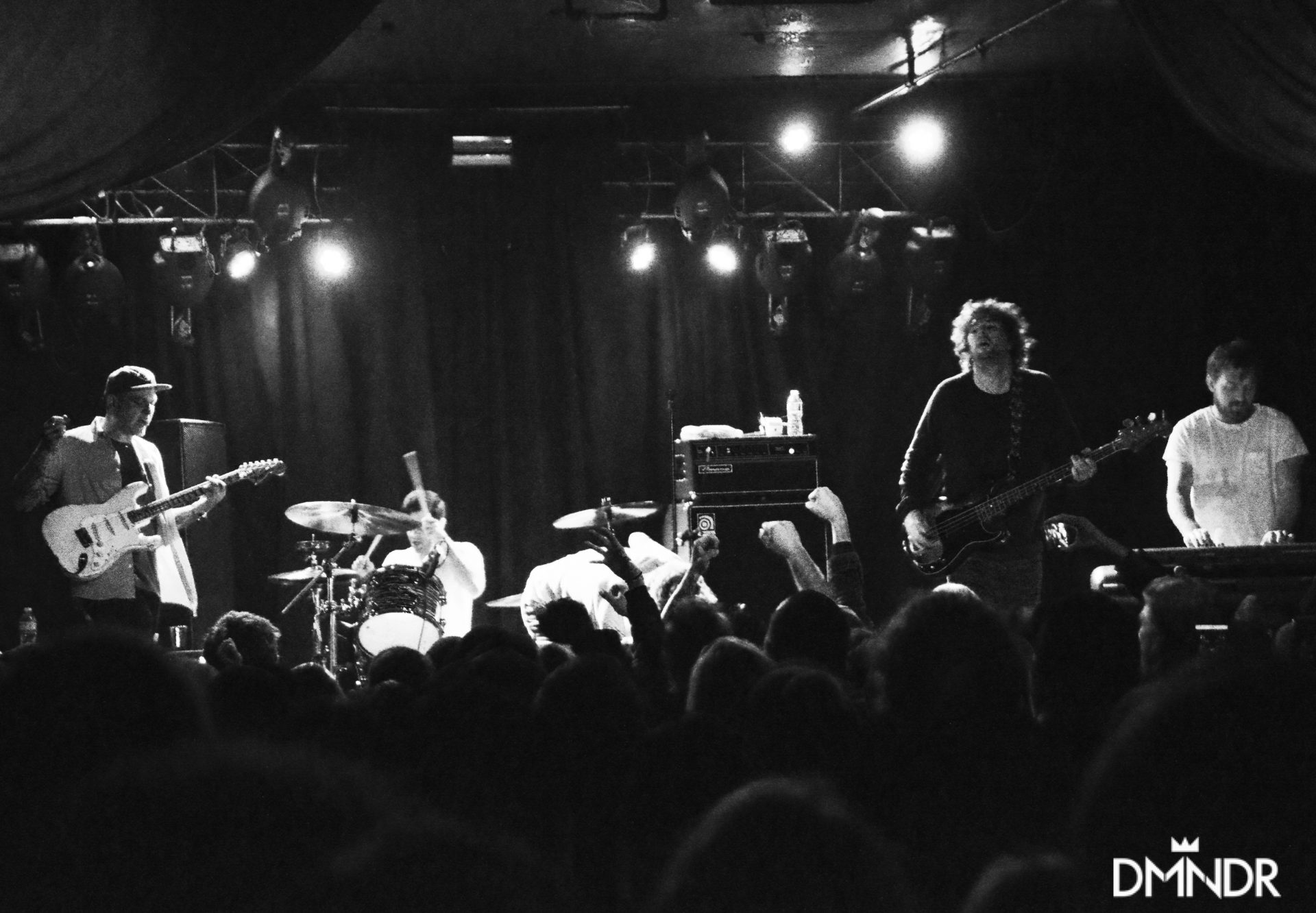 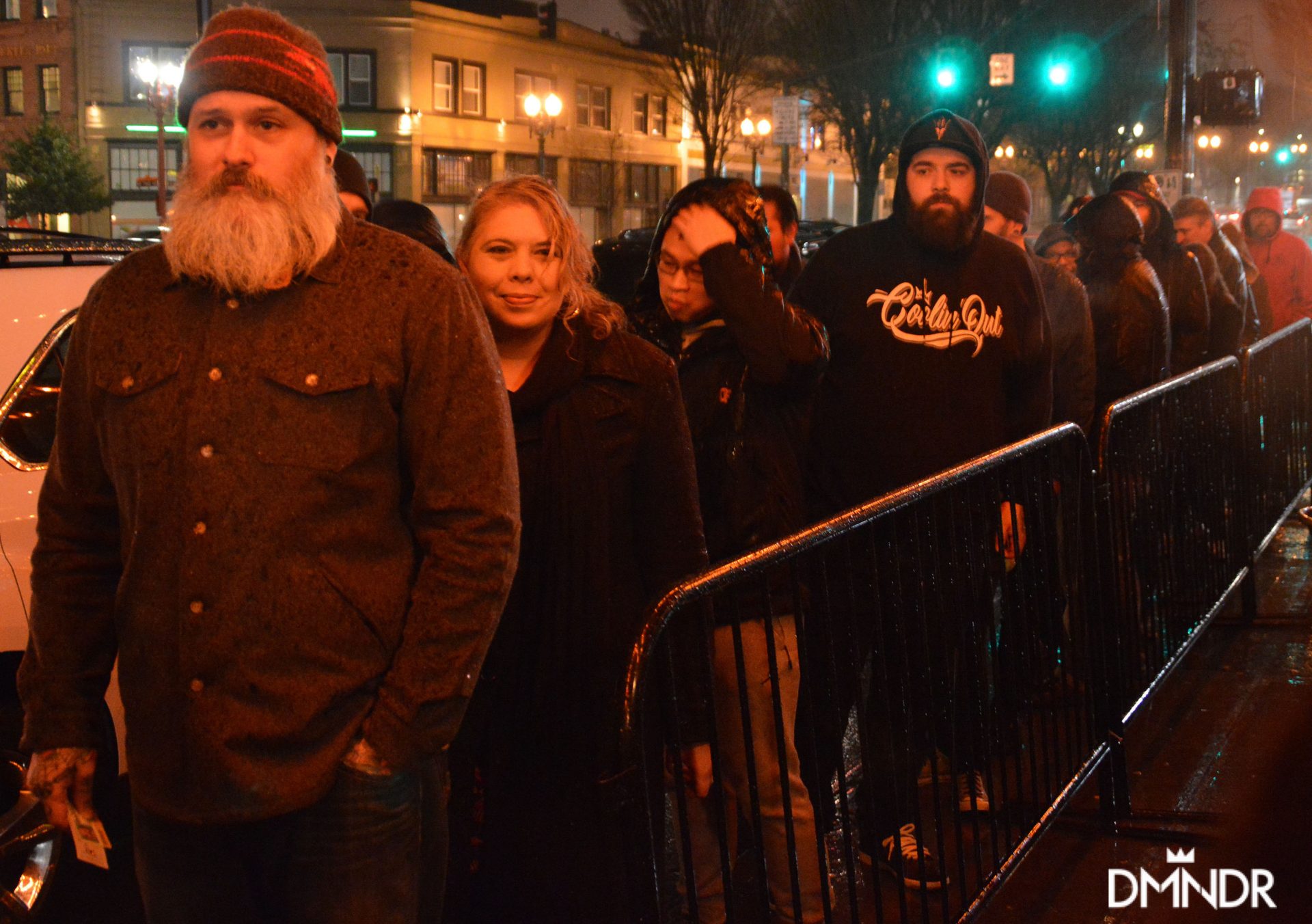 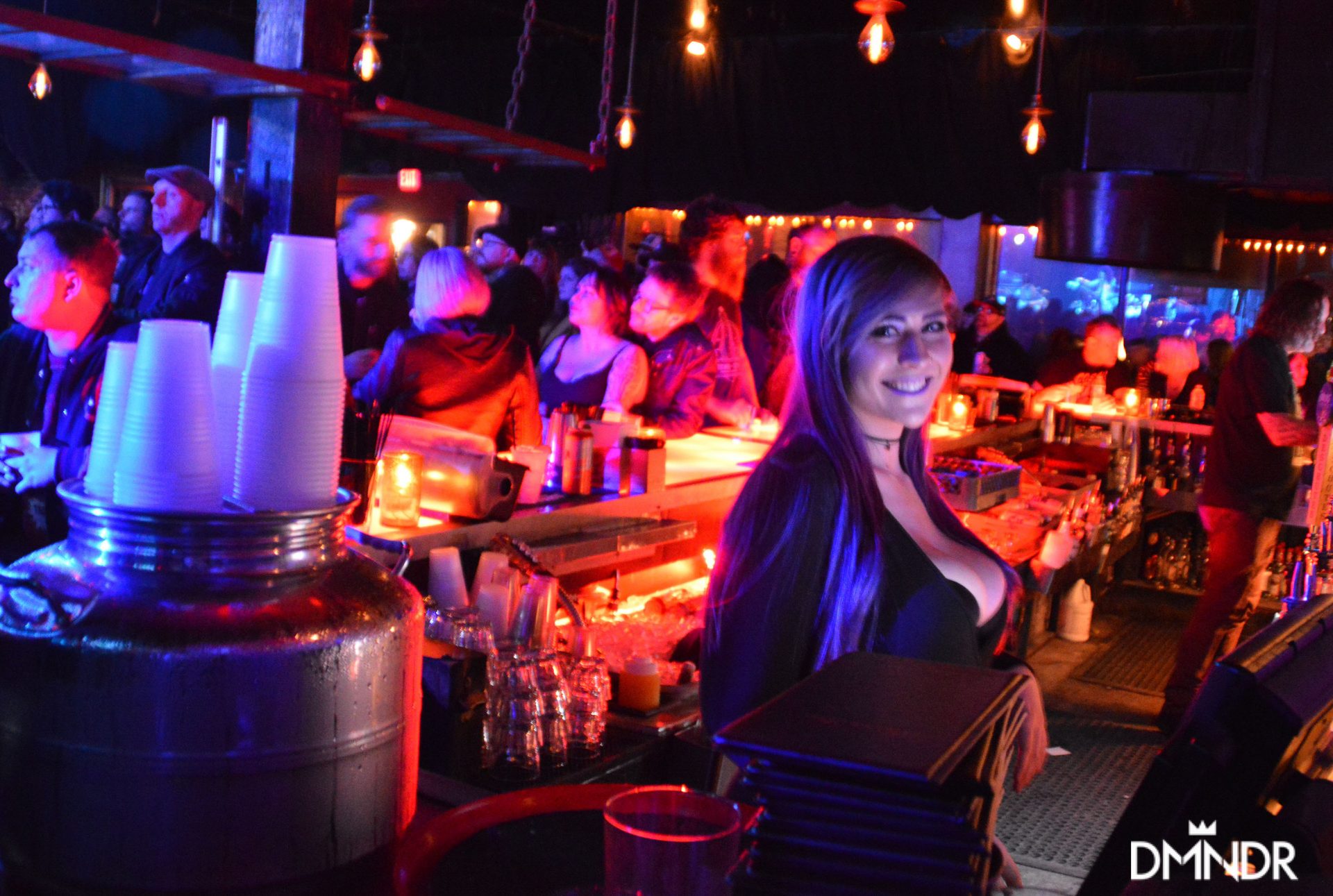 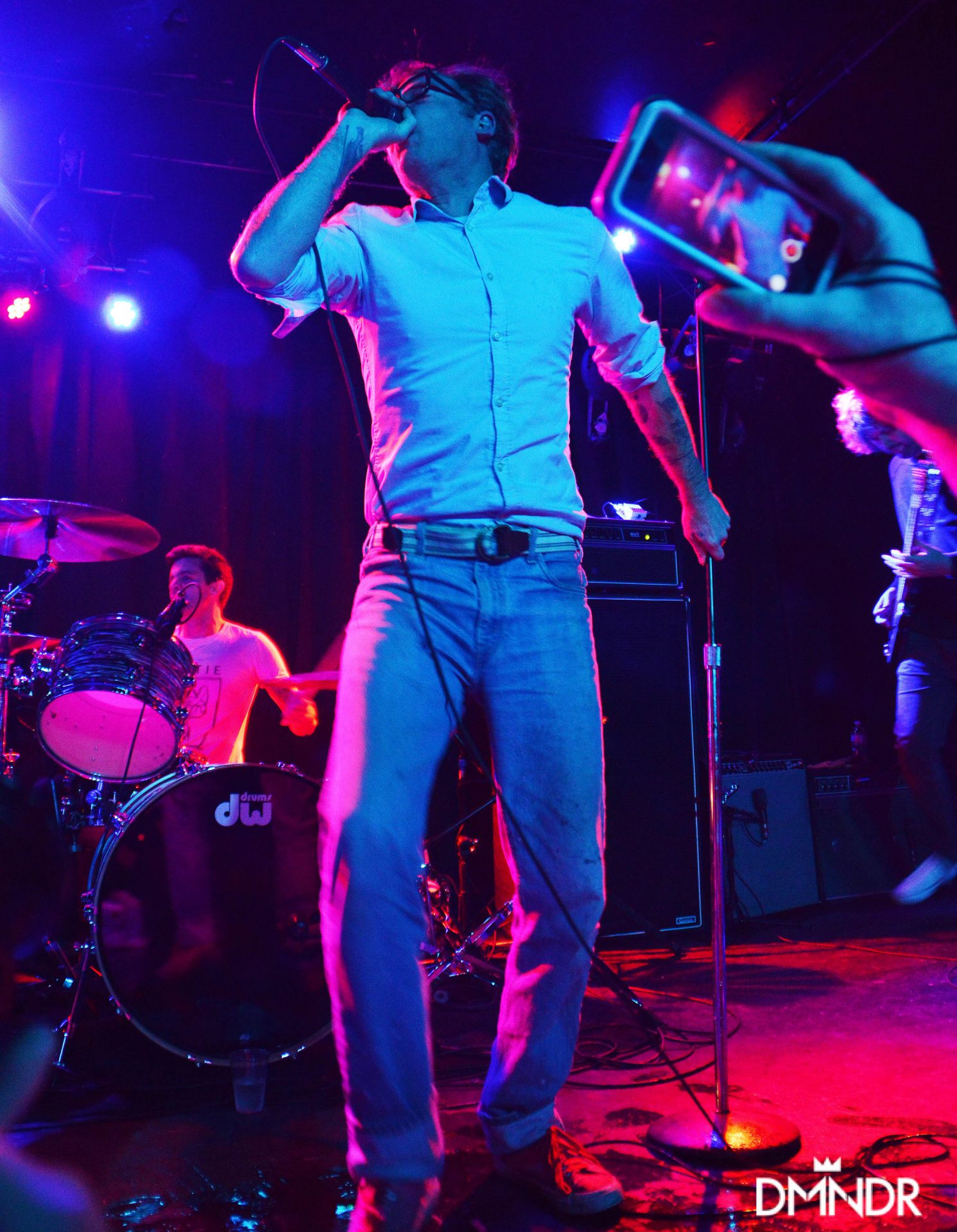